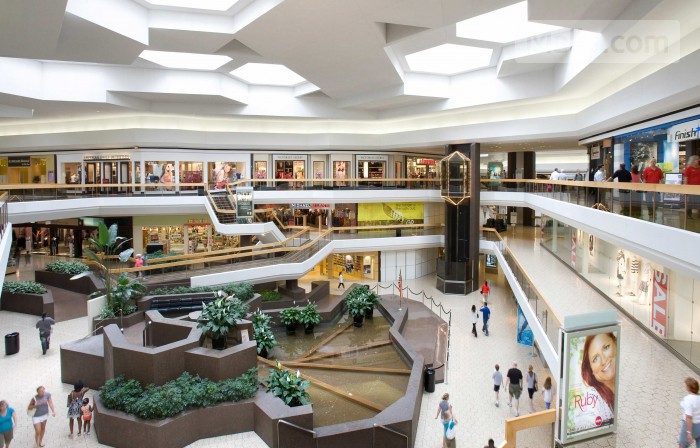 BUSINESS CONTACTS
EDIT TEXT
Fairlane Town Center is a super-regional shopping mall in the Metro Detroit suburb of Dearborn, Michigan. The mall is one of four super-regional Taubman malls built in the Detroit metro area in the 1970s, the other three being Briarwood Mall in Ann Arbor (1973), Lakeside Mall in Sterling Heights (1976), and Twelve Oaks Mall in Novi (1977). Its anchor stores are Macy's, JCPenney, and Sears.

The mall includes an AMC Theatres multiplex, as well as H&M, Steve & Barry's, DSW Shoe Warehouse and Bally Total Fitness among other major stores. The mall features a large food court, full service restaurants, several eateries, and merchandise for the urbanized market. The University of Michigan–Dearborn and the Ford Motor Company headquarters are nearby. The mall is about a 15 minute drive from downtown Detroit, Wayne State University, or Metro Airport.

The internal pedestrian network consists of two floors through most of the mall, and a third level designed into the middle of the center courts. The middle level design is perhaps one of the most unusual designs of the mall, sharing the concept with Woodfield Mall. One side of the center of the mall is lower, and a middle level is formed between the upper and lower levels, thus creating a three level design in the center courts while maintaining a two level design throughout the rest of the mall. Due to the original Ford ACT monorail system, there are dual interior courts rather than a single grand court. The south central court was originally designed as an activity center, with a stage and seating areas, and the north central court was designed as the location of a large terraced fountain.

Each anchor court features a large sculpture and seating areas. The interior features terrazzo-tiled flooring, wood trimmed glass railings, and white walls and ceilings articulated with geometric, hexegon shaped skylights featuring three hallogen lights mounted on the apex of each dome. Access among the three retail levels is provided by a complex network stairs, ramps, escalators, and two lighted "octa-lift" elevators each located in the center of the mall.

Except for minor changes such as carpet replacement, the removal of some hanging sculptures, etc, the overall interior has not been significantly renovated since it opened in 1976. The waterfall, wood railings, ceilings, lighting, floors, information booth signage, escalators, and sculptures have remained original to the 1976 mall. 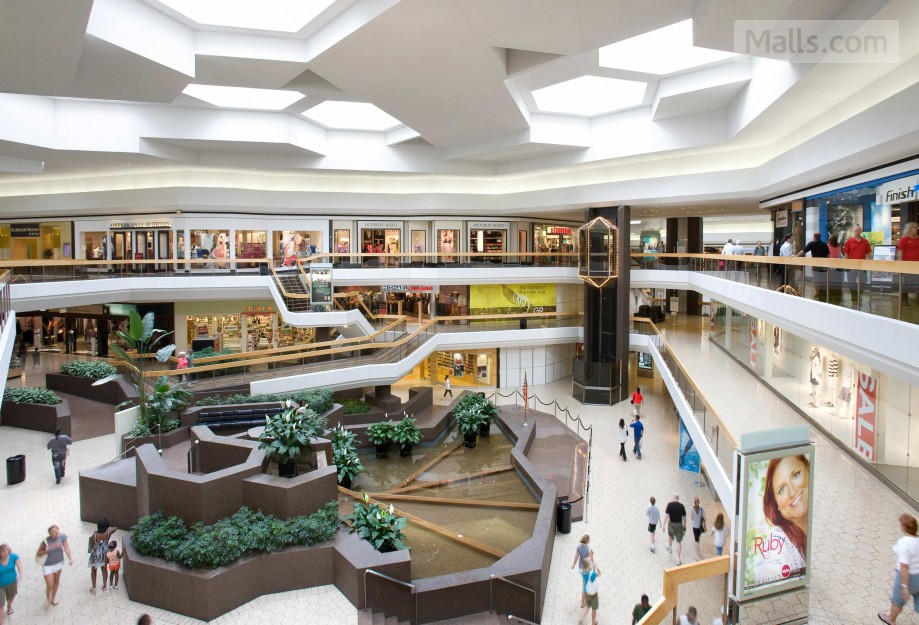