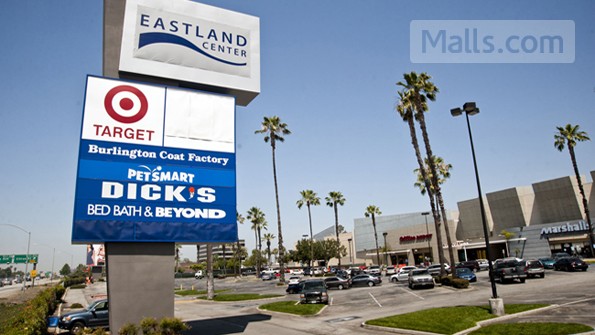 BUSINESS CONTACTS
EDIT TEXT
Eastland Center is an enclosed shopping mall located in the city of Harper Woods, a suburb of Detroit, Michigan, United States. Opened in 1957, the mall has been expanded several times since. It currently features over 88 stores, as well as a small food court, with Macy's, Sears, and Target serving as anchor stores. Eastland Center is managed by Jones Lang LaSalle, and owned by Ashkenazy Acquisition Corp. who acquired it in 2005.

After the loss of Montgomery Ward in 1998, the center began to falter. By 1998, the mall was down to 78% occupancy, and the mall's consumer base had shifted to minorities. Eastland Center was acquired by the Shopco Advisory Group in 1999, with plans for renovation; under Shopco's tenure, new stores were added. In September 2003, Sears opened in the former JCPenney space. The same year, the mall's twin theater was demolished, with a Lowe's home improvement store (detached fr om the mall itself) being built on the site of the former twin theater in the northeastern corner of the property. A new, much smaller food court was created from retail space in the Sears wing. Marshall Field's, in turn, was acquired and re-named Macy's in 2006.

Steve & Barry's, a discount clothing retailer, opened on the first floor of the former Montgomery Ward store in 2004, shortly after the space had been temporarily leased to a furniture store called Cana Mex Interiors. At the time, the Eastland Center store was the second-largest Steve & Barry's in the chain. Shopco continued to manage the mall until selling it to Ashkenazy Acquisition Corporation in 2005. Jones Lang LaSalle assumed management of the mall in 2008, the same year in which Steve & Barry's closed. Jones Lang LaSalle announced in 2008 that Burlington Coat Factory would be added to the east end of the mall, wh ere the 1985 food court was.

"The Lion and Mouse"

One of the mall's centerpieces upon opening was a nine-foot sculpture of a lion and a mouse, titled "The Lion and Mouse". In 1957, the mouse was stolen from the sculpture, only to be replaced by another mouse; in total, the sculpture has gone through no fewer than six mice. In 2007, the sculpture's original mouse was returned to the mall by the person who stole it.