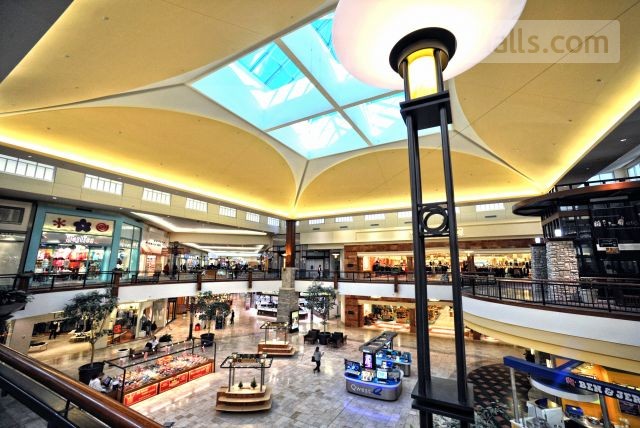 BUSINESS CONTACTS
EDIT TEXT
The Eden Prairie Center is a mall located in the heart of Eden Prairie, Minnesota and is owned and operated by General Growth Properties. It is anchored by JCPenney, Kohl's, Sears, Target Greatland, and Von Maur.

The mall underwent the most major renovation in 2001. A new wing was added to the mall and the floor plan changed considerably to make the mall more modern and upscale. The food court was moved out of the recessed basement, which has been sealed in and now serves as the mall offices and other offices, changing the mall's store layout from a three-story mall to two stories. A large AMC movie theater was added to the mall and the two United Artists theatres have closed. The Target store and above-ground walkway was demolished and replaced with a new Target Greatland store. A Von Maur department store was added to the mall, the mall entrance utilizing space that had been smaller mall stores near the old food court area. The mall has a simplified stylized "EP" logo to replace the older handwritten style logo, and the pastel theme disappeared in favor of wood and stonework. After the Mervyn's California went out of business in 2003, Department Store Discounters had a brief stay in the Mervyn's location in 2005. JCPenney opened a new store in the former Mervyn's location in March of 2007. The current department stores in the mall are JCPenney's, Kohls, Sears, Target Greatland, and Von Maur.

Film Appearances
The Kevin Smith movie Mallrats was filmed inside the Eden Prairie Center Mall in the mid-1990s. Smith decided to film the movie at the mall (which in the movie, is referred to by its actual name, but is supposed to be located in New Jersey) after various malls (including the Monmouth Mall in Eatontown, New Jersey, and the now closed Bannister Mall in Kansas City, Missouri) objected to content in the film, and refused to allow the production to be shot there.
The mockumentary Drop Dead Gorgeous has a scene filmed in the parking lot of the Eden Prairie Center, when they are allegedly parking in the parking lot of the nearby Mall of America. (The Eden Prairie water tower with clock is clearly visible in the background).