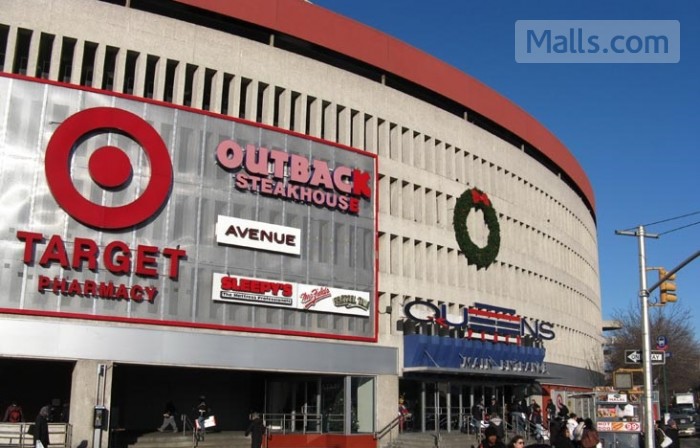 PRO-INFORMATION
EDIT TEXT
Queens Place is an urban shopping mall in New York City, New York. Just northwest of the more massive Queens Center, it is located on Queens Boulevard in the neighborhood of Elmhurst, Queens. The building was constructed in 1965 by Macy's and was designed by Skidmore, Owings & Merrill. It was later converted to Stern's and then closed by Federated Department Stores. Today its flagship stores are Best Buy, DSW, Inc., and Target, and it contains many smaller stores such as Red Lobster, Outback Steakhouse, Mrs. Fields' Cookies, and much more.

The building was originally planned as a traditional rectangular construction designed to replace several blocks of residences. However, the corner property owner at 55th Avenue and Queens Boulevard staunchly refused to sell what had been her childhood home. As a result, the shopping center was reconfigured as a circle overshadowing the tiny house, where the woman continued to live until her death.

The mall is near the Grand Avenue – Newtown subway station of the IND Queens Boulevard Line (E M R trains). The Q59 and Q60 bus routes also service the mall. 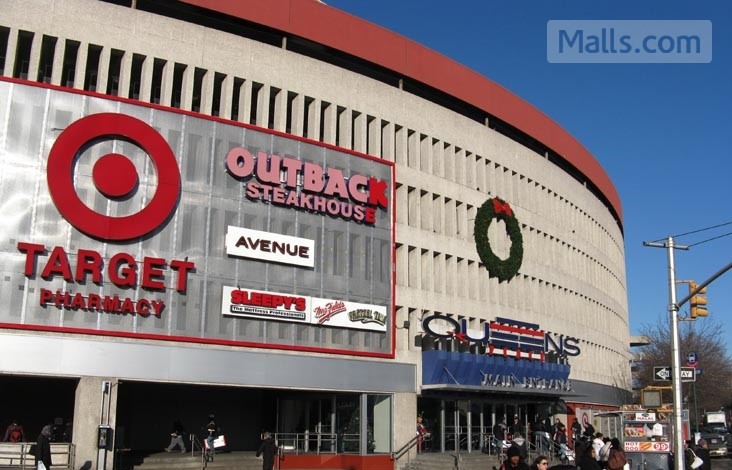