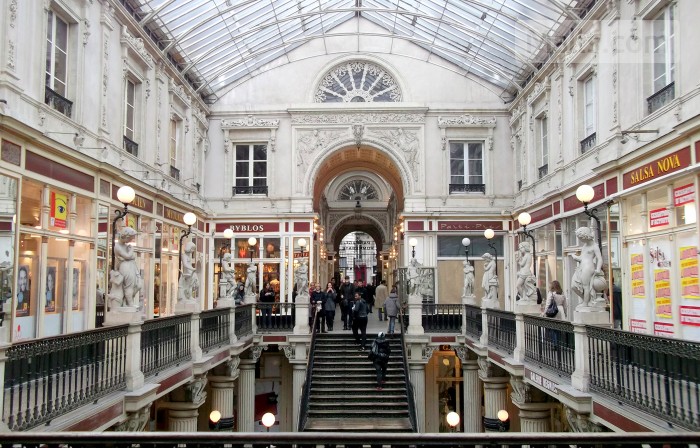 PRO-INFORMATION
EDIT TEXT
The Passage Pommeraye is a small shopping mall in central Nantes, France, named after its property developer, Louis Pommeraye. Construction started at the end of 1840 and was completed on 4 July 1843. The Passage Pommeraye is a passage between two streets, the rue Santeuil and rue de la Fosse, with one 9.40 m higher than the other. Midway, there is a flight of steps and the mall then continues on another floor. Built on a steep incline, the three floors are flanked by numerous shops and a monumental decorative staircase.
Beneath the elegant glass ceiling rises its monumental staircase flanked by allegorical statues. The boutiques in the shopping arcade bring this listed building to life.
It has inspired many artists, the film-maker Demy (Lola, Une chambre en ville)and the designer Tardi (The story of the unknown warrior).

Two architects, Jean-Baptiste Buron and Hippolyte Durand Gasselin, contributed to its design, which is very elaborate and includes renaissance style sculptures. The Passage Pommeraye has been classified as a historic monument since 1976.

It has horizontal parts linked with stairs, as it links two streets with diverging levels (rue Santeuil and rue de la Fosse), with four levels overall, an unusual setup. 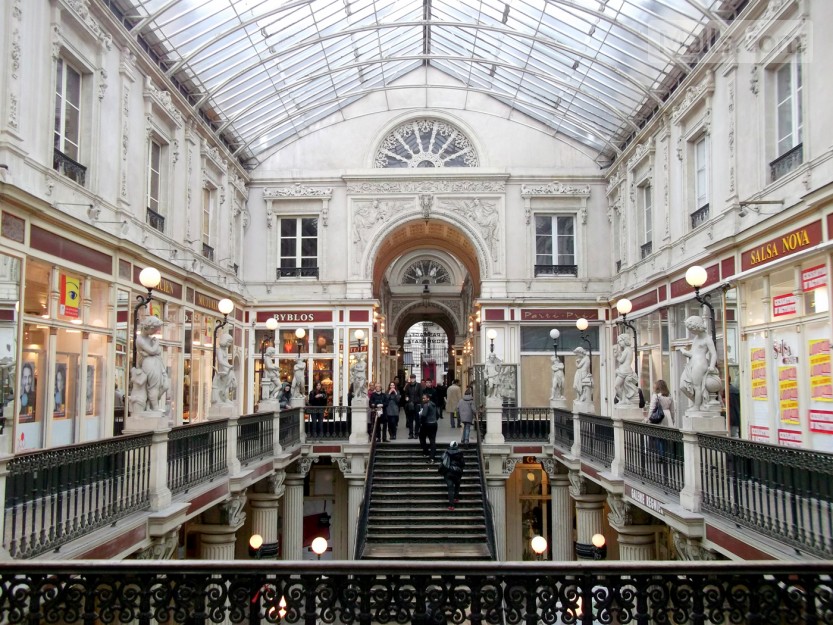 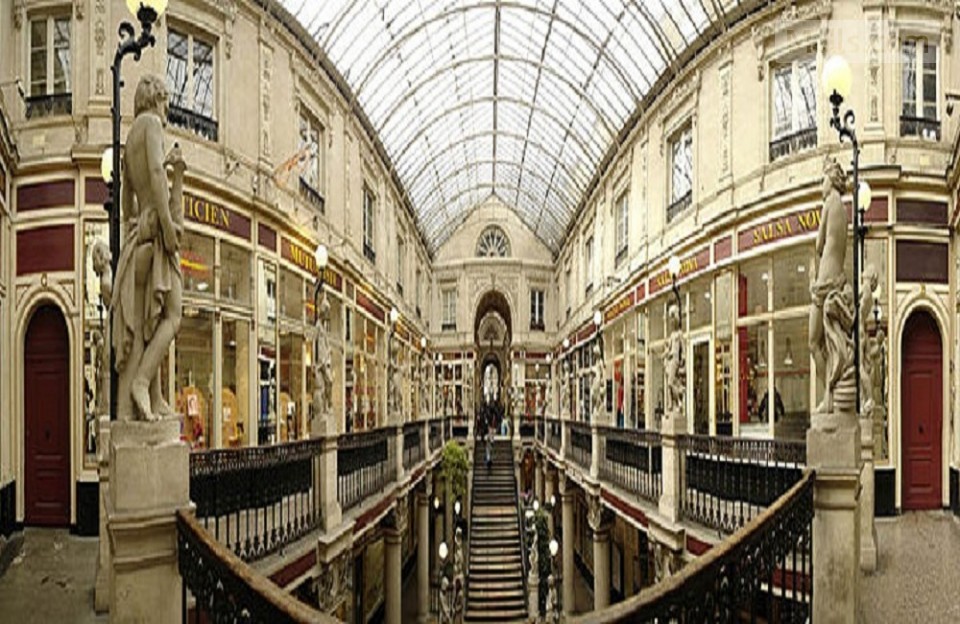 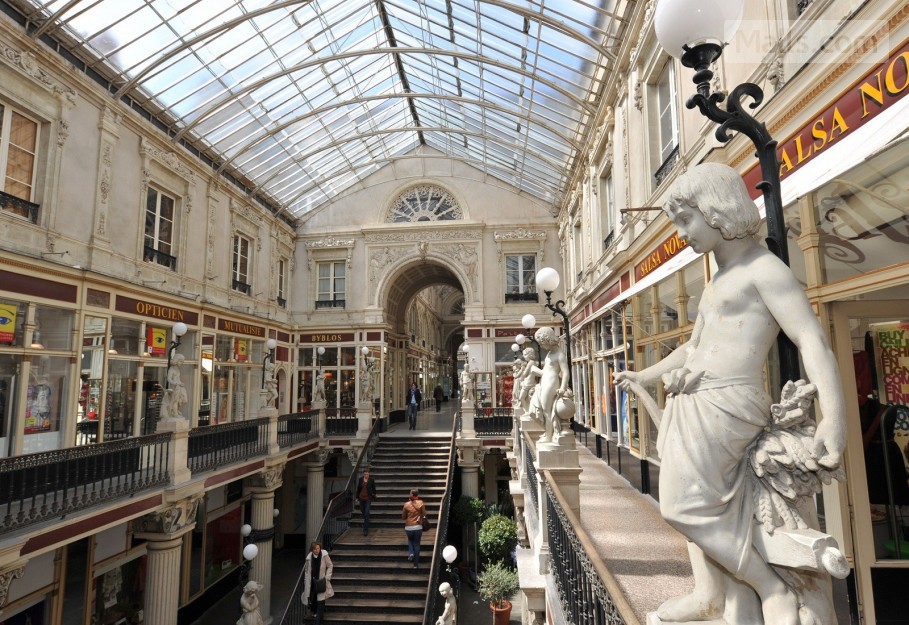 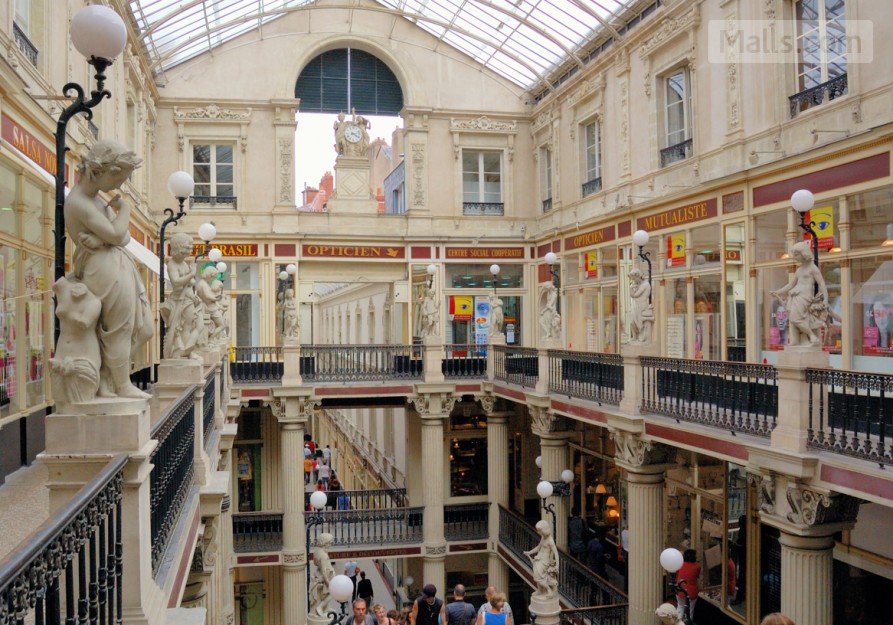 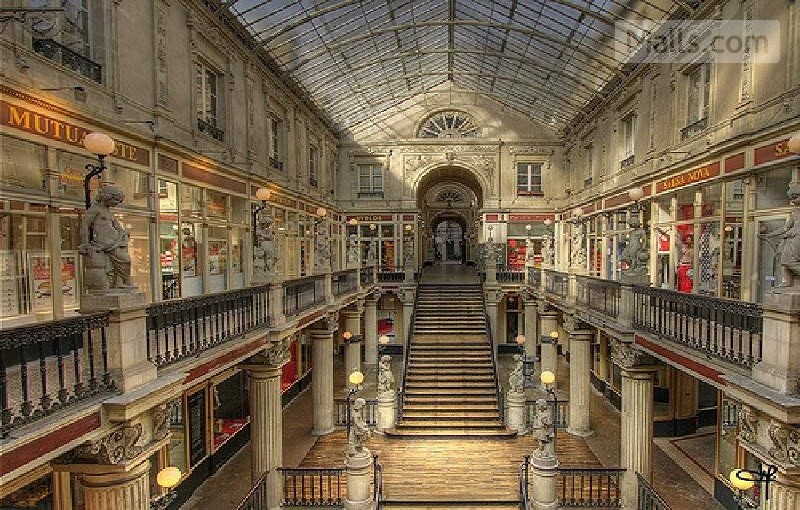 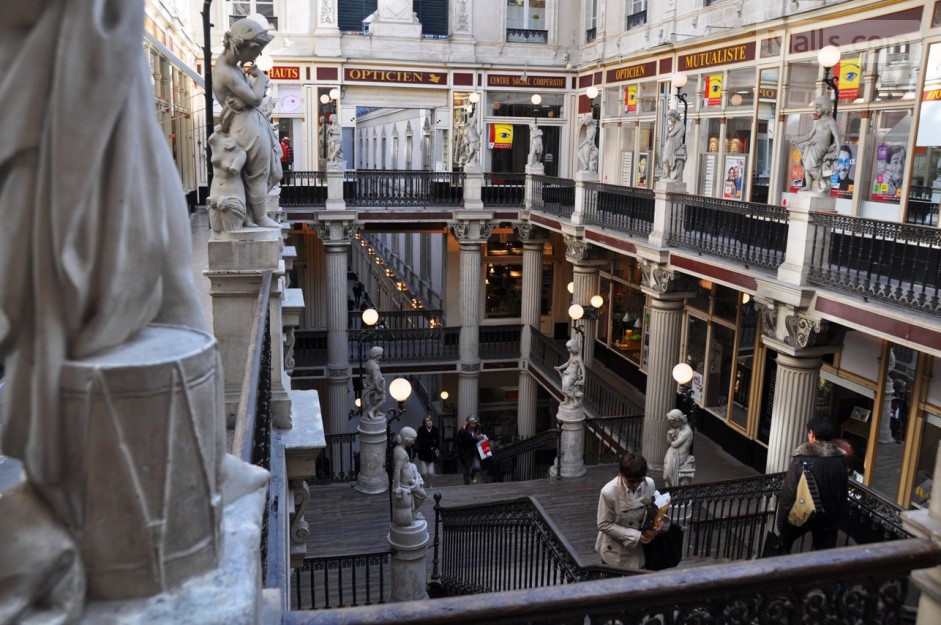 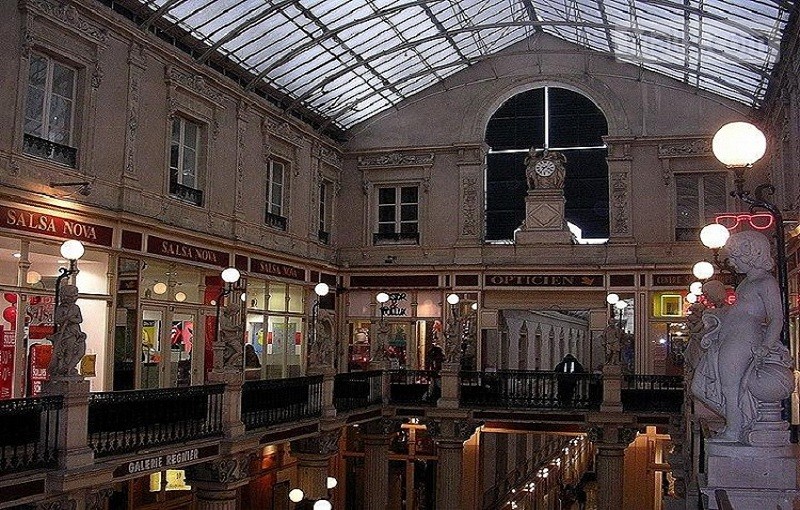