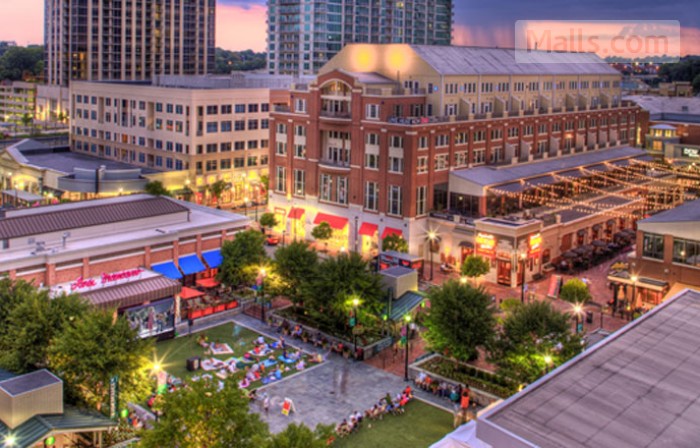 Atlantic Station is being master developed by AIG Global Real Estate and local development partner Jacoby Development, Inc. First planned in the mid-1990s and officially opened in 2005, its 138 acres (558,000 m²) of mixed-use land development is on the former brownfield site of the Atlantic Steel Mill, which after years of industrial use and contamination was remediated by its two developers along with AIG Environmental, Inc. At completion, the redevelopment is ultimately projected to include 15,000,000 square feet (1,400,000 m2) of retail, office, residential and hotel space as well as 11 acres (45,000 m2) of public parks. Its size encouraged the Postal Service to award the neighborhood its own ZIP code: 30363.

The primary roadway access to and through Atlantic Station is an extension of 17th Street constructed by the developers. As part of the project, the Georgia Department of Transportation erected the yellow 17th Street bridge over the I-75/85 Downtown Connector expressway that separated Atlantic Station and the Home Park residential neighborhood fr om the rest of Midtown.

Access to public transportation is provided via a free shuttle that runs every 5 – 15 minutes to the Arts Center MARTA rail station and MARTA bus route (Peachtree #23) which also serves the Arts Center Station. A railroad line runs along the northern border, but passenger service on the Crescent (Amtrak) is available only at the Brookwood station, a significant walking distance away. Shuttle service is also provided by Lanier Parking Solutions, for Georgia Tech students in the student apartments, The Flats.

Despite the pedestrian-friendly arrangement of much of the eastern section of the project, parking is inexpensive and easily available in underground parking decks; indeed most visitors arrive by car. 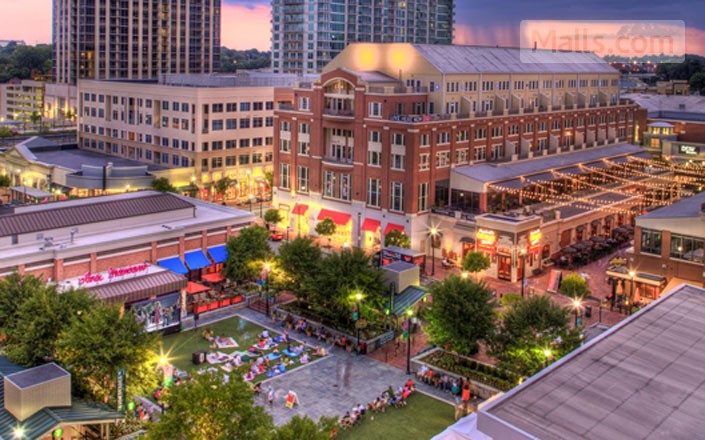