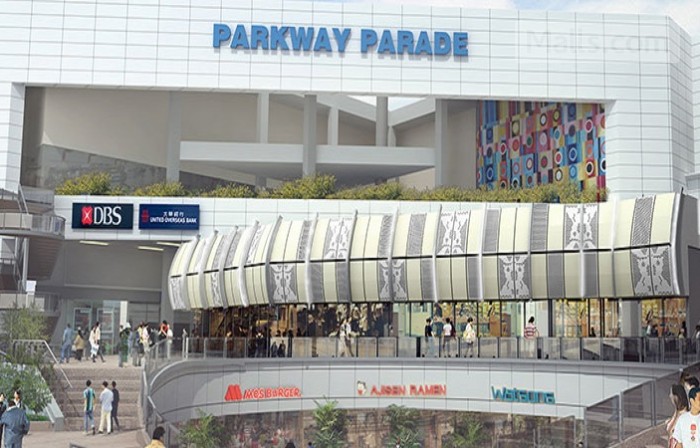 Parkway Parade is one of Singapore’s first major and biggest suburban malls. It is the destination of choice, offering the largest range of stores on the East Coast of Singapore

Opened on March 9, 1984, it has a 17-floor office tower and a seven-storey shopping mall with a basement.
The mall commenced its makeover in March 2002 and was completed in two phases. The first phase included a new tenant mix, to reflect the positioning of the mall. This included anchor tenant, Giant on the third floor. The mall's second phase was completed in November 2003, with a brand-new and expanded food court and an alfresco-dining area on the first floor. It also included the completion of the 'Waterfall' leisure and dining precinct with one of the country's tallest glass waterfall, a water play area, six food and beverage kiosks and a restaurant. The mall was fully renovated in November 2003.
Further facelifts were done to mall's exterior featuring an expanded alfresco-dining to the first floor in 2011, with the removal of the 'Waterfall' leisure feature and repositioning of the entrance area. Completed in late 2012, the new alfresco-dining area houses around 10 new tenants to the expansion.
With over 250 stores conveniently located over 6 levels including Best Denki, Cold Storage, Cotton On, Esprit, Giant Hypermarket, Harvey Norman, Isetan, Marks & Spencer, Food Republic, True Fitness and Timezone just to name a few, you’re sure to find everything you need.
Location and accessibility
Located approximately 8 km's to the East of Singapore's CBD in Marine Parade.

After the completion of Phase 2 Parkway Parade was attracting visitation of over 1.5 mllion people per month, an annualised visitation of 18 million, making it Singapore’s busiest shopping centre.

Features mall architecture
Parkway Parade is designed around a central mall with a number of smaller secondary malls and boasts an impressive atrium space, which filters in natural light. An external plaza links Parkway Parade to the Marine Parade Town Centre.

Planning
Parkway Parade is one of Singapore's first major and biggest suburban malls. It comprises 7 levels of retail outlets (including basement), 1 level of Medical Centre and a 17-storey office tower atop the retail podium. The shopping mall is a mixed use (retail and office) development with sub-divided strata ownership. 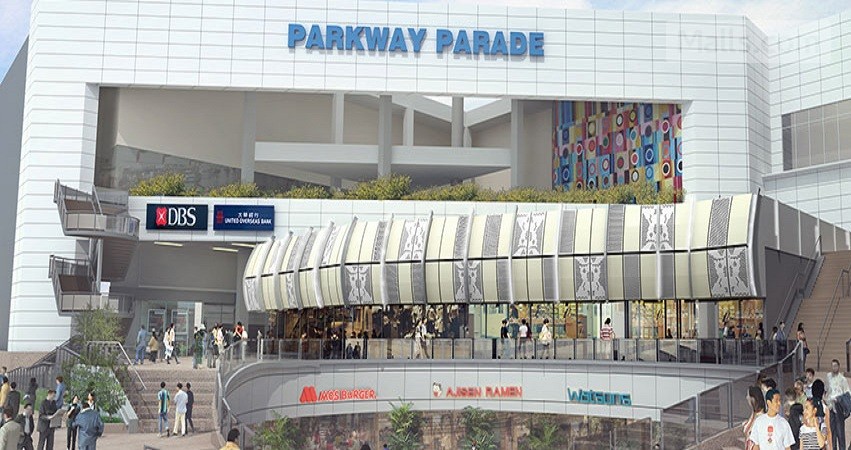 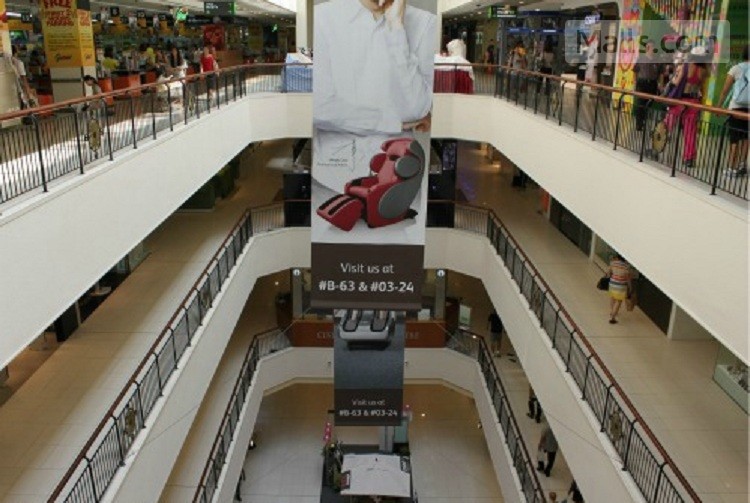 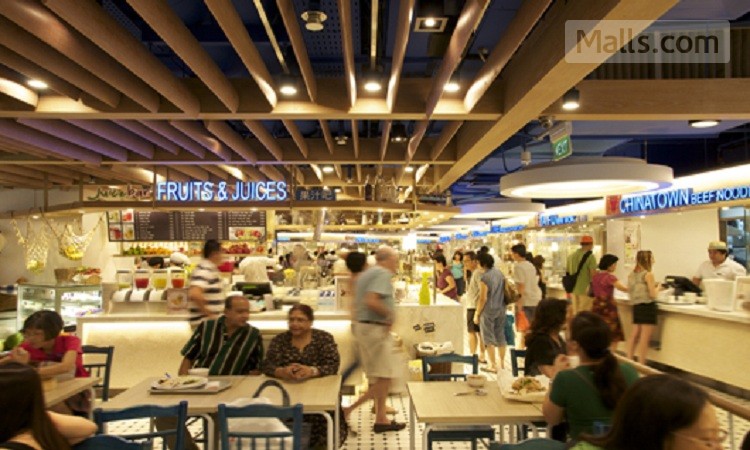 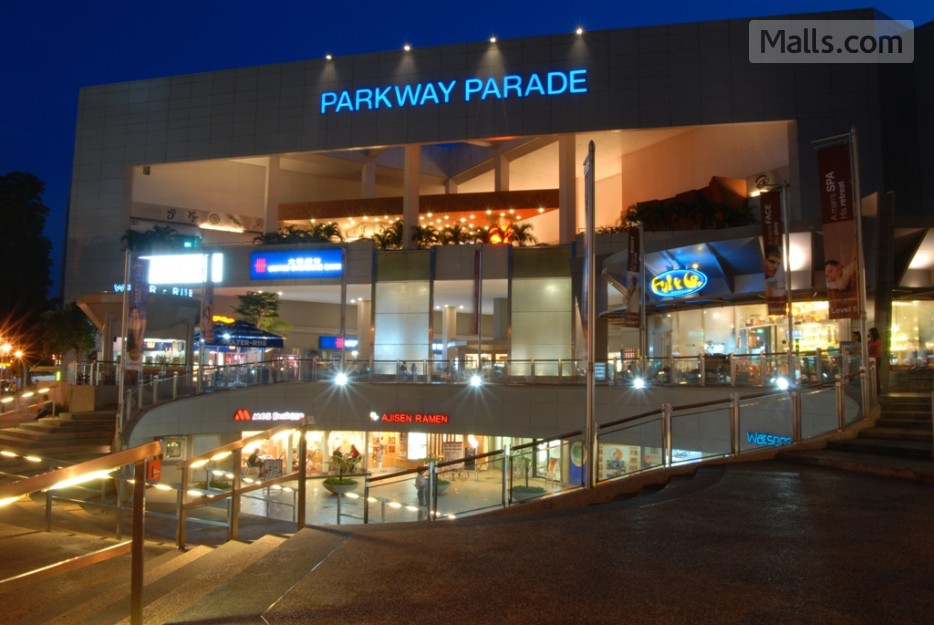 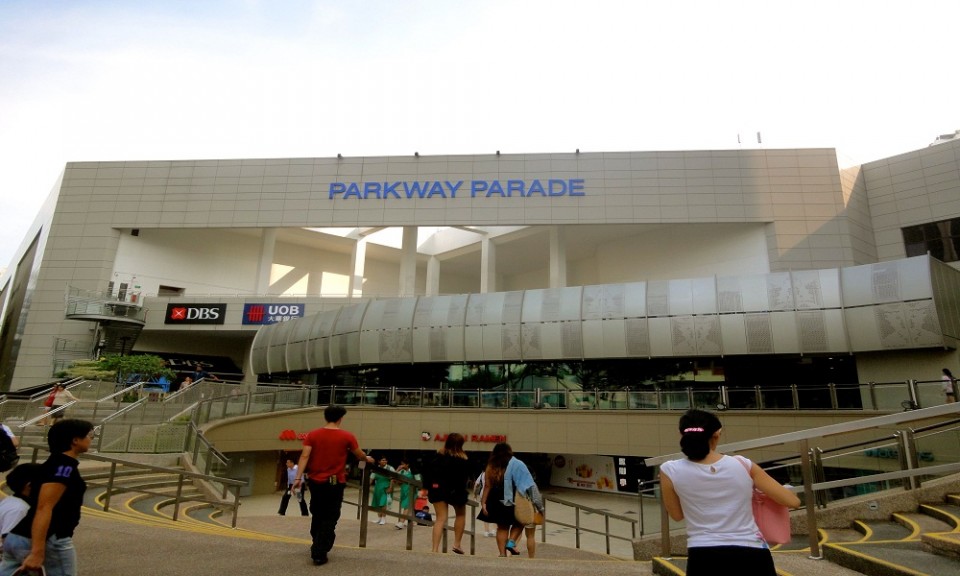