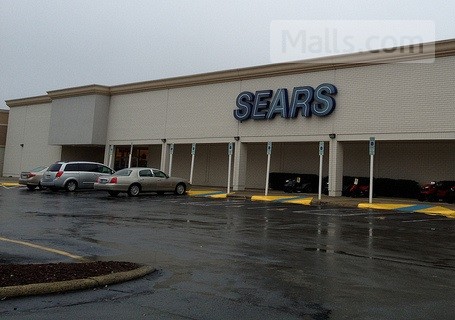 Holly Hill Mall opened in 1969, in reference to the nearby neighborhood where it was located. At the time, the mall's anchor stores included JCPenney, Belk, Sears, and Woolworth, which eventually became Goody's. Its name was changed to Colonial Mall Burlington in 1999 after being bought out by Colonial Properties Trust.

A major renovation of the mall's interior and exterior took place in 2004, adding skylights, new floor tiles, and new stores such as Hibbett Sports. Colonial sold the mall in 2005 to Prime Retail, at which point the mall's name was changed to Burlington Square Mall.

Julie Swanner, manager of Burlington Square Mall, has stated that new tenants are planned for the former JCPenney and Belk spaces.

On July 8, 2008, it was announced that the mall is in foreclosure proceedings. On October 30, 2008, Goody's announced that its store would be closing, leaving Sears as the sole remaining large retailer.

On September 27, 2009, Books-A-Million announced that they were closing the Burlington store, effective October 17, 2009.