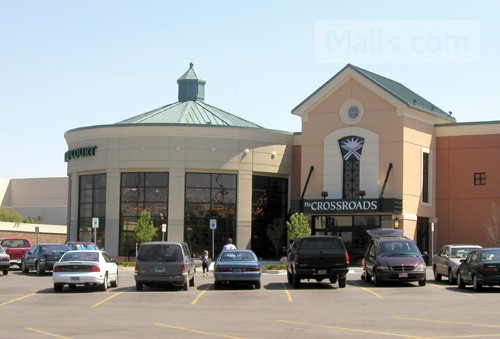 BUSINESS CONTACTS
EDIT TEXT
Crossroads Mall is a super regional shopping mall and trade area located in south Oklahoma City, Oklahoma. The name of the mall was chosen because it lies at the major intersection of I-35 and I-240, a major crossroads of the city. Today, the mall faces many problems due to the vacancy of all four anchor stores, as well as the property being foreclosed on in April 2009. The property is now owned by the Federal Reserve due to the Bear Sterns bailout. The mall was part of portfolio of Bear Sterns assests, including $5.5 billion in commercial loans that the Fed used to secure $29 billion to lend to JPMorgan Chase to buy Bear Sterns. The mall is currently up for sale for $24 million.

Crossroads Mall was opened in February 1974 with anchor stores John A. Brown, Dillard's, Montgomery Ward, and JC Penney. At the time of its opening, it was one of the largest construction projects to have ever taken place in the state of Oklahoma, and also among the 10 largest shopping malls in the US. A 1974 Daily Oklahoman article heralded the center as "the most magnificent enclosed and air-conditioned shopping mall in the Southwest."

Crossroads Mall contains approximately 82 stores and services. It also has a very large trade zone outside of the mall building itself with numerous retailers, and restaurants, including two hotels.

Crossroads Mall had been one of the more popular shopping establishments in the city for over 30 years. It is noted as one of the primary reasons for the suburban flight of retail shoppes from Downtown Oklahoma City, which is just now beginning to show signs of retail life. However, Crossroads Mall, with lack of substantive renovations and retail growth both in Moore and along I-240 west of the mall, has declined dramatically. Not only that, but Crossroads Mall is situated within one mile of Valley Brook. Valley Brook is well known for its business district, which consist mostly of strip clubs.