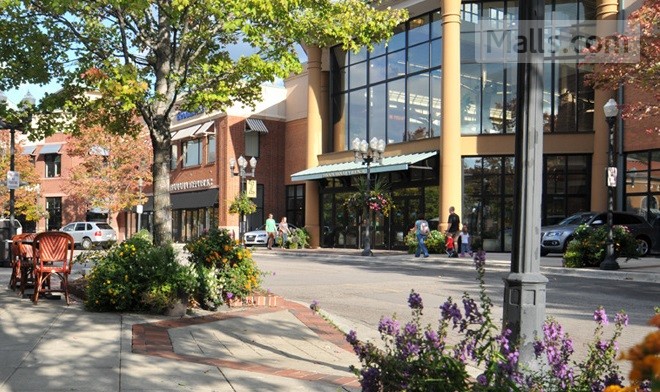 It was constructed in 1973 by the Shepherd family. The original building was designed by Giattina Fisher Aycock Architects and won a design award that year from Shopping Center World Magazine. Because the mall is located next to a stream bed with weak soil, the foundation for the mall is built in deep piles bearing on rock strata. A feature of the original mall was a large skylit atrium in the center with a large fountain populated with tree-like sprayers that filled the area with white noise and mist.

In 1997, Brookwood Village was purchased for $35 million by Colonial Properties and renamed "Colonial Brookwood Village." Colonial embarked almost immediately on an extensive $50 million overhaul which was completed in 2001. Major additions include a new two-story food court with a "front entrance" for the mall, facing a new outdoor shopping street.

Colonial Properties have announce the addition of a 9 story office tower on the western end of the mall proper to house its corporate headquarters as well as additional office and retail space. Further expansion will include a mix of retail, office, residential condos and possibly a hotel.

In 2005, the Rich's location -one of the mall's original anchor stores, was converted to Macy's on March 6 marking Macy's third entry into the Birmingham market.

In February 2006 Colonial Properties went before the Homewood Planning Commission with plans for a new nine-story office tower to be located adjacent to Belk on the west side of the mall. In April, law firm Johnston Barton Proctor & Powell announced that they would be moving from their present offices in downtown Birmingham into 40,000 square feet (4,000 m2) of the new $35.8 million 160,000-square-foot (15,000 m2) office building. Colonial Properties Trust also plans to consolidate its Birmingham-area staff of about 150 people into the new building. Plans call for 13,000 square feet (1,200 m2) of ground floor specialty retail, a covered walkway connecting the building to Belk, and redundant power feeds from two separate substations to reduce the likelihood of outages.

Future plans for Brookwood Village have previously also mentioned a luxury hotel, but no firm plans regarding that possibility have been announced.