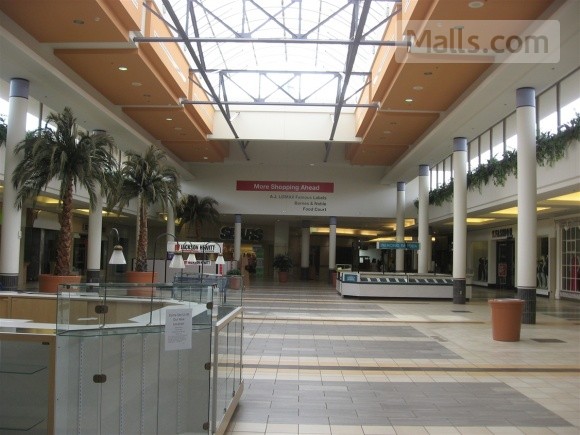 BUSINESS CONTACTS
EDIT TEXT
Brookdale Center is a regional shopping mall in Brooklyn Center, Minnesota, which opened in 1962. It became the third mall in the Twin Cities, after Southdale Center and Apache Plaza.

Brookdale, however, did not lose an anchor until 2004, with the closing of Mervyn's as a result of Target Corporation selling off its department store branch to May Companies. The early 2005 closing of JCPenney was a direct result of a new open air mall store being built in nearby Maple Grove. The former JCPenney slot was replaced with Steve & Barry's, although Mervyn's remained vacant. The mall underwent a mild remodeling, including a new food court. However, Brookdale Center is still one of the most original old malls in the Twin Cities area. The former Dayton's (later Macy's) and Sears are original to the mall, but both stores have received some updates.

Steve & Barry's closed its Brookdale store in the fall of 2008, shortly before announcing intentions to close all stores by early 2009 due to bankruptcy liquidation. Adding to Brookdale's problems, Macy's announced on January 8, 2009 that it was closing its Brookdale location. In April, Barnes & Noble announced it would close its Brookdale store effective June 13, 2009, citing the recent closures of the other anchors as the primary reason for the store's poor sales performance. Sears is Brookdale Center's only remaining anchor store, and the mall's vacancy rate is now over 50 percent, the highest of any Twin Cities-area shopping center.

The previous owner of the mall, Jim Schlesinger, lost the mall due to non-payment of bills. His company Talisman Corporation was located in Coral Gables, Florida. He also lost the company to Taubman Companies. There are now plans in the works to bring a Rainbow Foods to the space that once housed Macy's. This will be by far the largest Rainbow Foods at over 167,000sq ft. and it will have the first RF auto center and gas station. The plans have been bought to the city and there is a hearing planned for September 29th. There has also been talk of late to convert most of the mall into a discount type power center this has proved fruitful in some major metro markets. The plans would see a major expansion of the food court into what was once Barnes and Noble and removal of most of the roof though the main mall hallways to allow for an open air market feel.

It is part of the four "Dale" shopping centers circling the Twin Cities, originally developed by The Dayton Co. The others are Southdale Center, Rosedale Center, and Ridgedale Center.