With designer outlet group McArthurGlen making some big announcements on their future plans recently, we decided to find out more about what they are doing in different parts of the world.

We spoke to the company's Deputy Managing Director of Development, Mike Natas, in a wide-ranging interview in which he confirmed that the business is in a “strong expansion phase” right now.

In fact, Mike confirmed that they are going from “600,000m2 currently under management to 900,000m2 over the next 3 to 4 years”. This growth will be achieved in a number of ways, which Natas kindly talked us through.

The first venture we discussed is one in Germany. In this case, McArthurGlen has just announced a joint venture in an outlet center called Ochtrup, near the German city of Münster. They have taken up a “majority position” in the existing designer outlet center and it is now to be called McArthur Glen Designer Outlet Ochtrup. 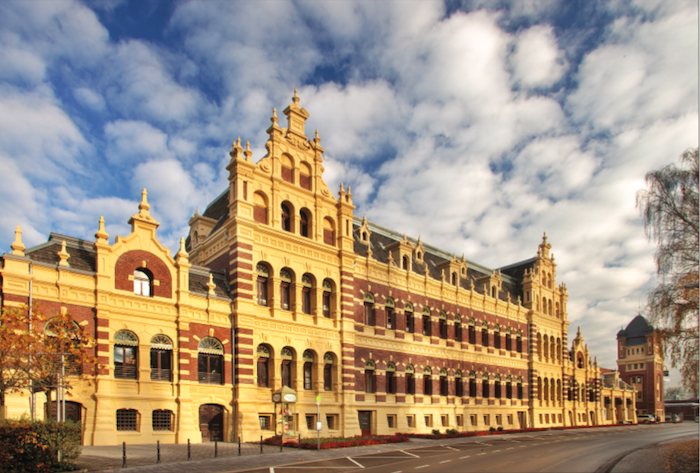 As part of this deal, the center will grow from its current size of 18,000m2 to become 26,000m2, while the existing owner will become a minority partner. Natas called this an “exciting new development” and explained that it will involve a shift from “mid-market to mid up-market” for the retail center. Currently, the Ochtrup center attracts around 2 million visitors a year and has 65 top brands such as Nike, Lacoste, Adidas and Esprit.

This is just one of 8 schemes that McArthurGlen have announced right now, along with a range of other expansion plans. Among the new centers that Natas mentioned to us are the following:

As well as these new initiatives, the designer outlet group will also be “expanding a number of existing centers”, such as Parndorf in Austria, Roermond in the Netherlands, Noventa di Piave near Venice, Serravalle near Milan, La Reggia near Naples and Ashford in the UK. 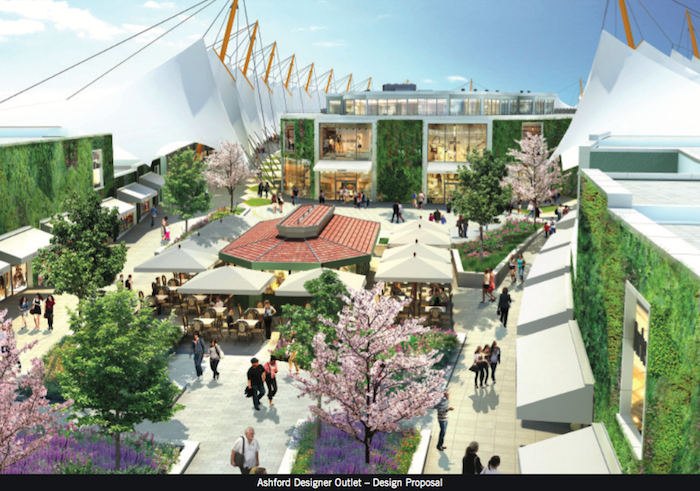 Mr. Natas commented that what they are trying to do is to “create regional destinations”. This means that when they increase the size of an outlet center they also increase its “potential catchment and attractiveness”. Looking at the example of Serravalle near Milan, it has grown from a small local center into an “international tourist destination” which people come to region especially to visit, particularly from China. Natas explained to us that they get regular calls about the possibility of building Serravalle in Korea, which led to us asking whether there are any plans for McArthurGlen to build a center in Asia.

He said that they have looked at Asia but that it is “quite complex for various reasons”.  For the moment, they are staying Europe, where there is a lot of demand and tourist in-flow from Asia anyway. He said that “people love coming to European outlets” from Asia and beyond.

The goal of McArthurGlen is to “create the experience” and then get people to know about their centers. To deal with this second point they have a “big tourism office in London” that deals with getting word of their centers out to foreign tourism agencies. They also have small offices in Russia, in China and in Korea to work with the local tourist agencies, in order to inform tourists about their centers before they even travel to Europe

Natas confirmed that their strategy is “not simply adding more square meters of retail”. Instead, it is also about getting information to the future customers who will visit the center. Talking about the changing demographics of theirs overseas visitors, he said that “overall, our tourist traffic was up”. Russian numbers were down but an increase in Chinese numbers “more than compensated for this”.  Indeed, recent figures show that their tourism sales have quadrupled in the last 4 years.
However, he is expecting “more growth to come back from Russia” starting next year. “The potential in China is still very big and will continue to be”, due to the size of the population. In terms of Asian countries offering future growth possibilities, he pointed out that the likes of Malaysia, Indonesia and Thailand have potential, while “all of Asia is interesting”. He also said that in the Middle East a lot of people are interested in visiting McArthur Glen centers.

“Internet competition, in general, is real competition”, according to Natas. However, the MacArthur Glen business has still “grown strongly every year” in the last 20 years, at the same time as the growth in the internet. He pointed out the difficulties that Chinese consumers have in buying foreign luxury goods online with confidence as one reason why designer outlets centers are still thriving in the internet age.
He also thinks that people still like the “day out” and “experience” of trying on clothes and seeing how they look, meaning that retail is less affected by internet competition than some other sectors. They are constantly looking for ways to make it a fun place to visit and to give people more reason to visit a McArthur Glen center.

Rather than solely concentrating on the size of their centers, he confirmed that the “quality has to be absolutely excellent”. While size is important it is “more about the quality and the experience”.
On the question of dining, this is a service provided in the outlet centers which are far from a city but isn’t looked on as being a stand-alone attraction in its own right, due to the fact that not many people who drive an hour or so solely to dine there. In an urban center it is possible to put more focus on it as a dining destination.  Also, they don’t focus so much on the dining experience in the way that full price shopping centers do, because they don’t get so much evening business or day-to-day shopping trips.

The biggest project being worked on by McArthur Glen is the Provence one, which is currently being built in France. It will open in 2017 and is a €120 million development. It will be their first outlet in the south of France. The outlet center here has been built around an old farmhouse which has had the original façade maintained and which has many lovely old trees around it. It is well located in a region that attracts a lot of tourists. 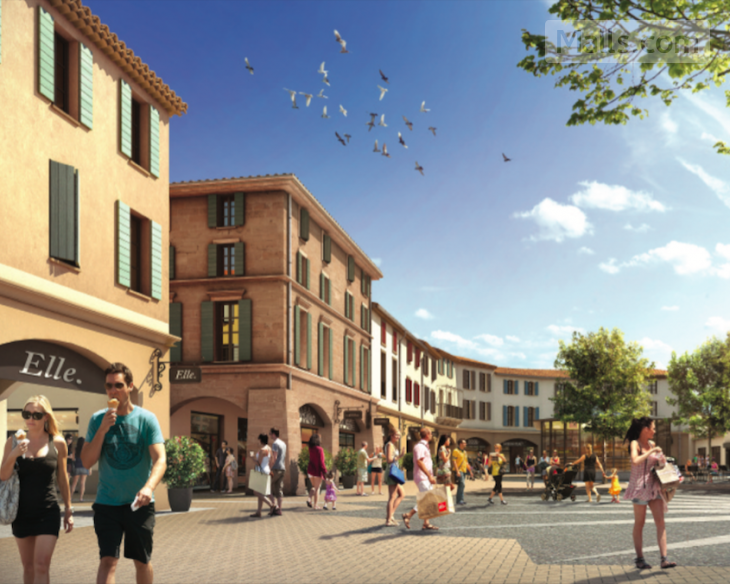 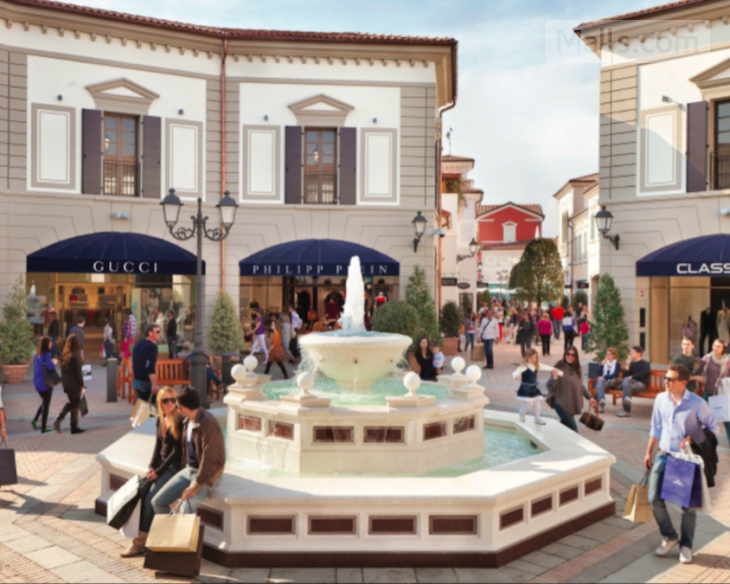 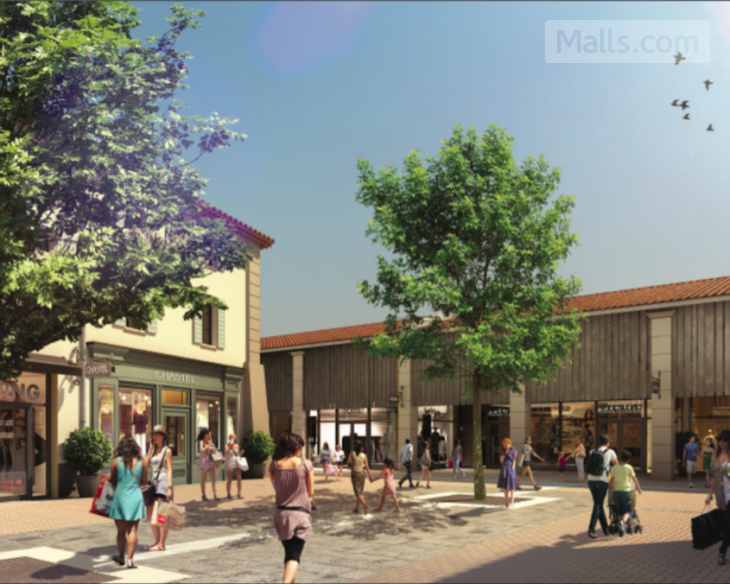 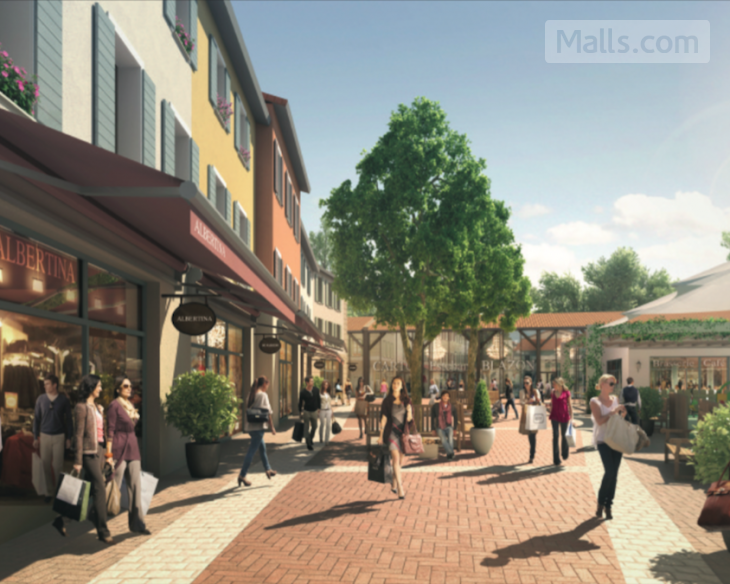 When it comes to deciding upon the location of a new center like this, having at least two to three million people within a “60 minute catchment” area is important. A good level of tourism is another important factor in deciding where to locate a new McArthur Glen outlet, which a consideration that Provence also meets comfortably.

By 2019, the firm's latest developments will boost their catchment area by a third. Currently, the McArthurGlen retail outlets across Europe are within a 90 minute drive for more than 14 million potential customers. 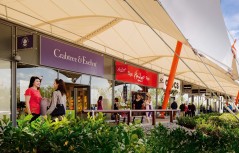 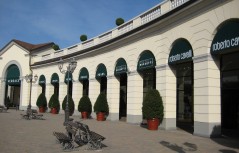 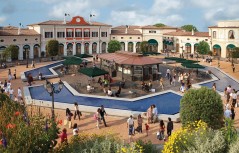 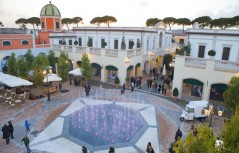 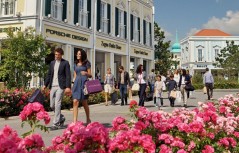 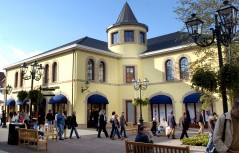 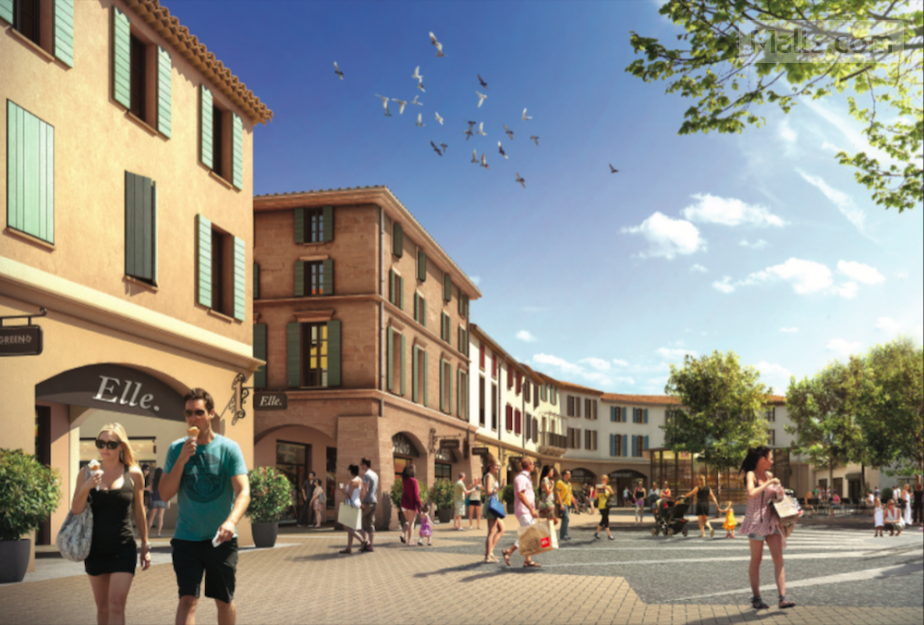 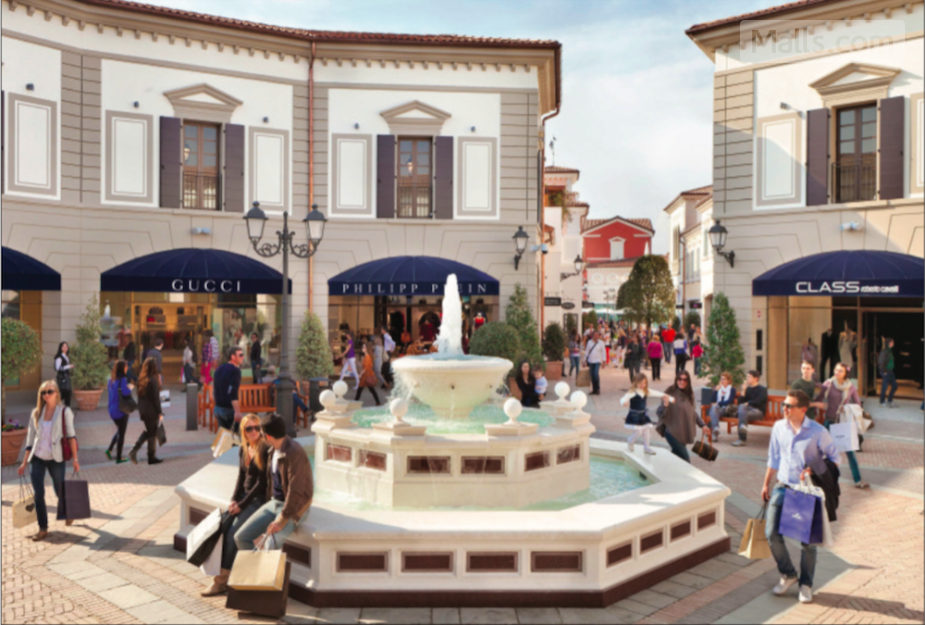 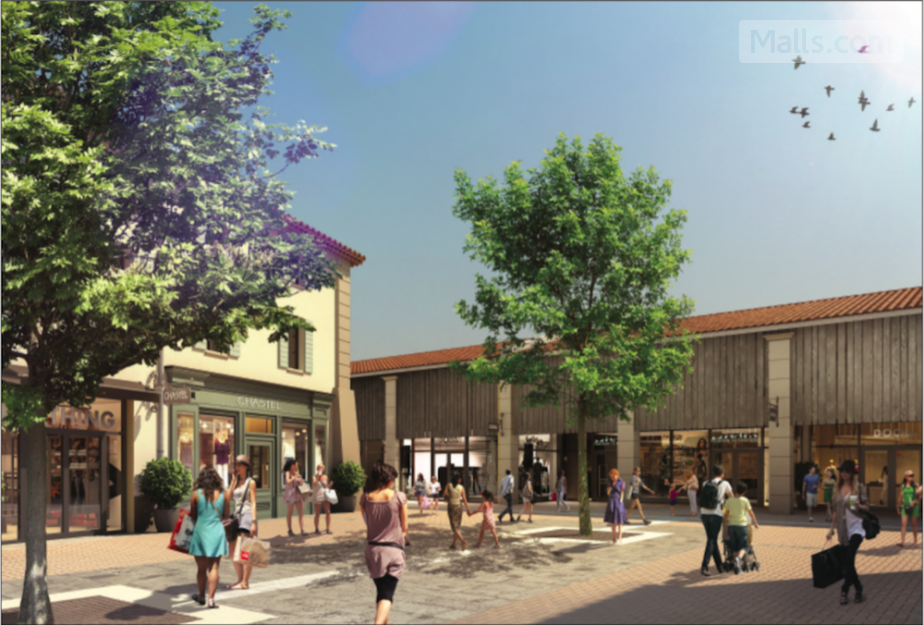 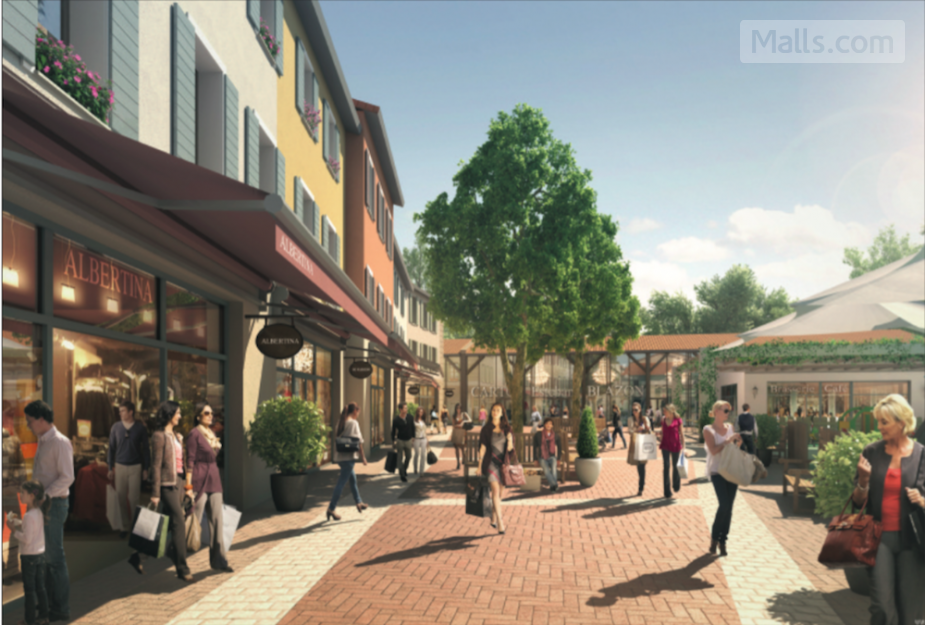