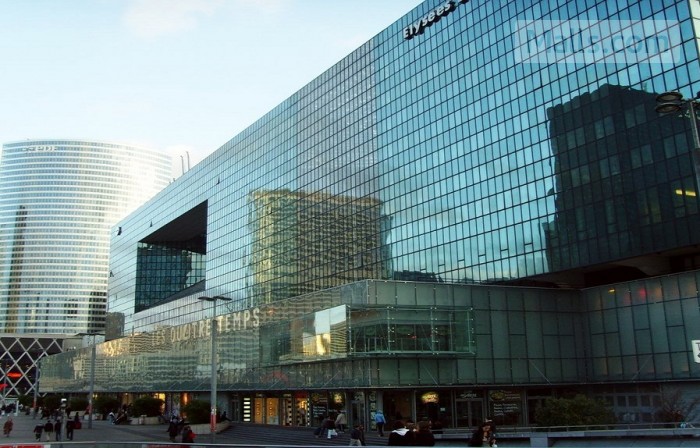 PRO-INFORMATION
EDIT TEXT
Les Quatre Temps is a shopping center is the main business district of La Defense, Paris, in the commune of Puteaux. Featuring dozens of stores, shops, restaurants, a UGC multiplex cinema, and other services, Les Quatre Temps is open on Sundays (a majority of boutiques and shops remain open) and provides a good launching point for a visit of the Esplanade de la Defense and its imposing Grande Arche de la Defense, skyscrapers and modern sculpture.
The shopping center at La Défense Les Quatre Temps features fashion, home design, gifts, books, and many other specialist boutiques. You'll find most global fashion chains here in addition to smaller boutiques.

In 1970, a first draft ""Tête Défense"" was implemented, the study was conducted by the architect Ieoh Ming Pei. He proposed to build a tower in the axis of the triumphal arch, and a shopping center 200 000 m2. The project was ultimately not made, but, in 1972 it was decided in 1972 to build a shopping center.
Architects Lagneau, Weill and Dimitrijevic were responsible for the construction of the mall, which was completed in 1981. The center has 110,000 m2 of retail space. Initially it was expected that the mall would home luxury shops and a Printemps store. At the end there was no luxury shops but consumer goods shops and an Auchan hypermarket were established in three levels of the ""Quatre Temps"".
The shopping center was completely renovated between 2006 and 2008. The renovation, which took place in several phases, involved both the interior, the exterior facades as shops. Initially, the mall was expanded to the west, encompassing the ancient hill of the car. 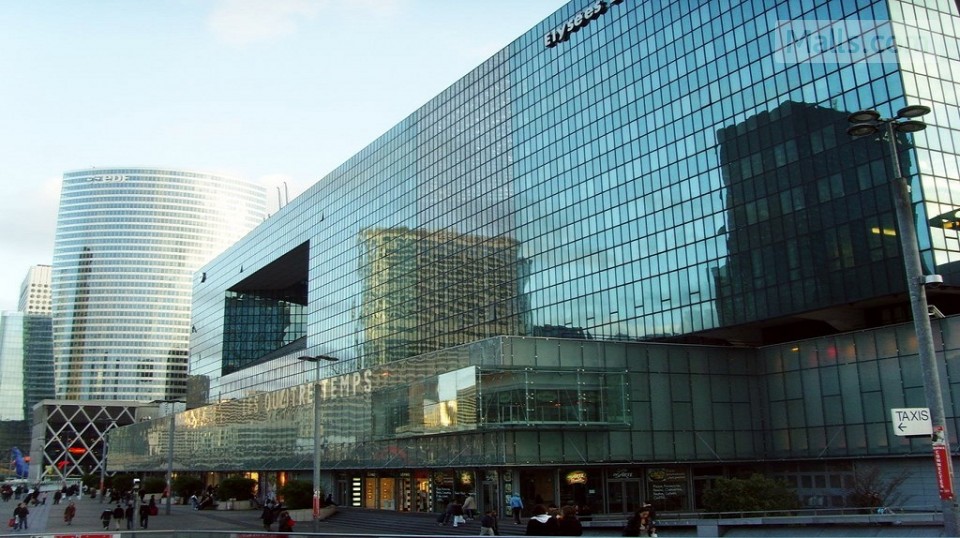 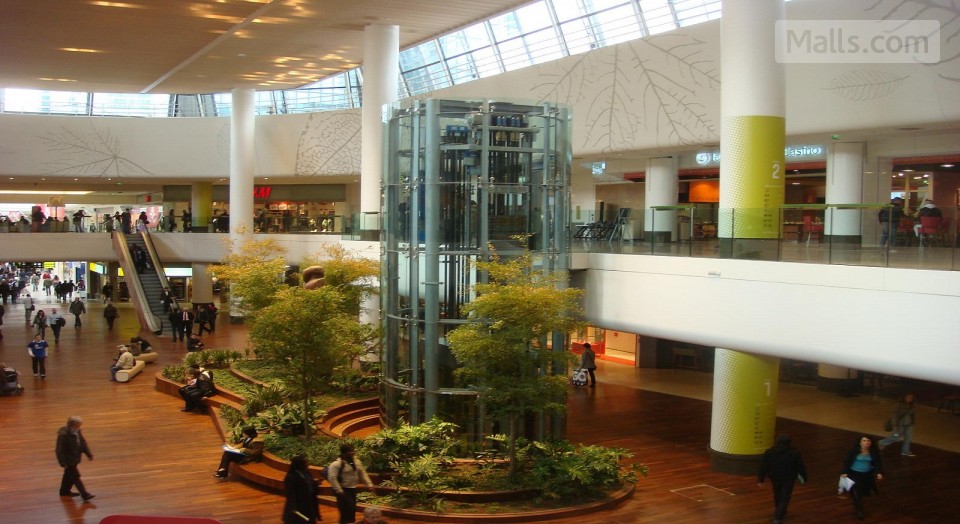 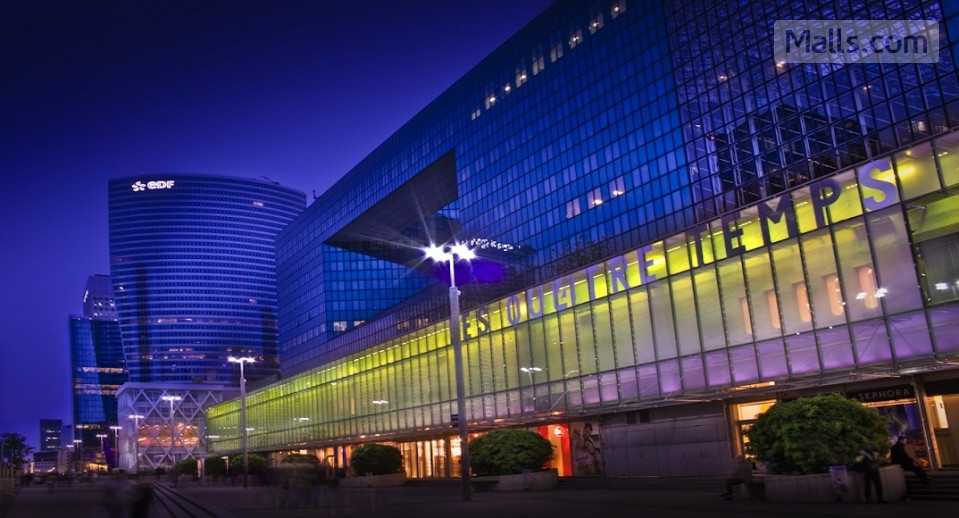 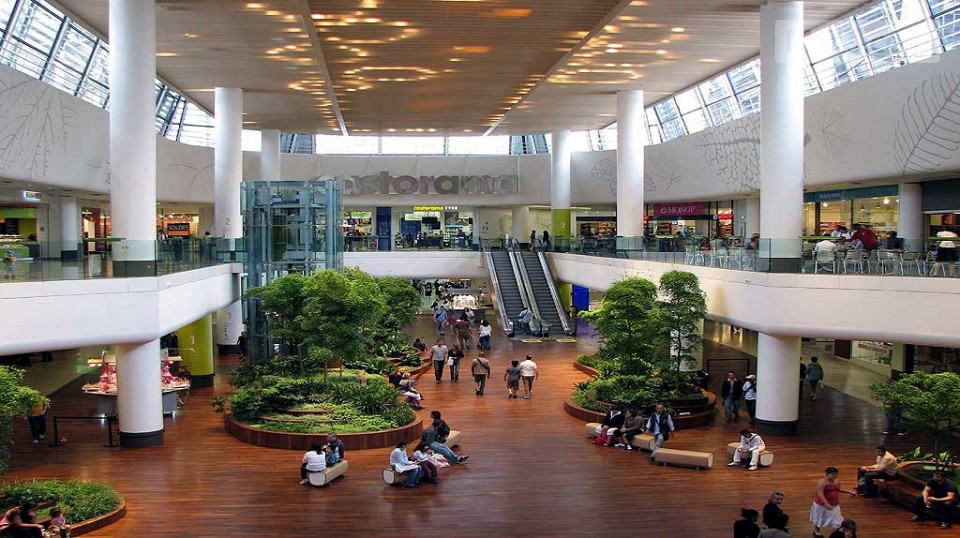 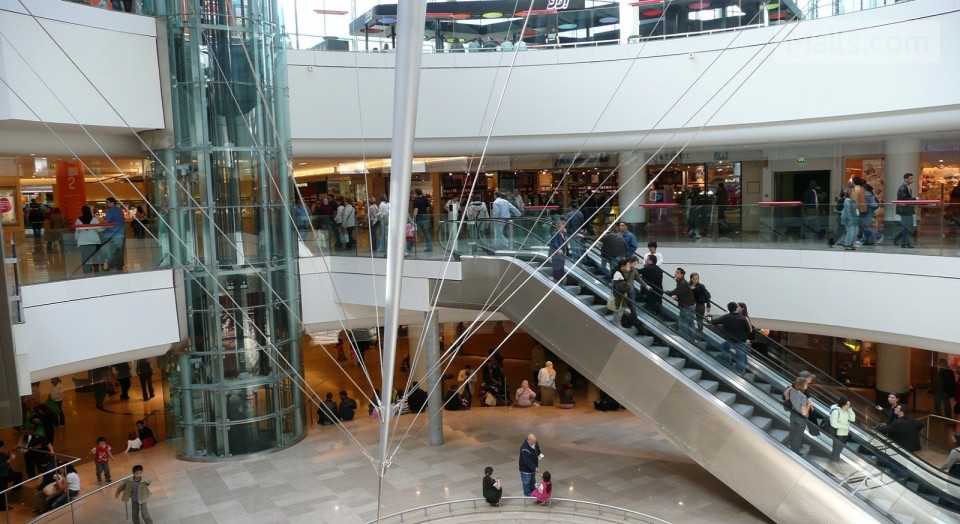 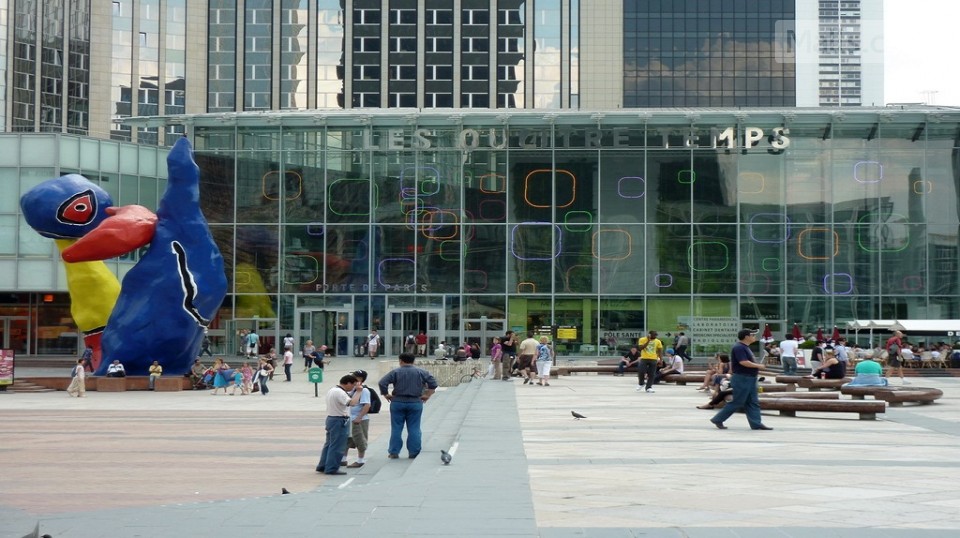 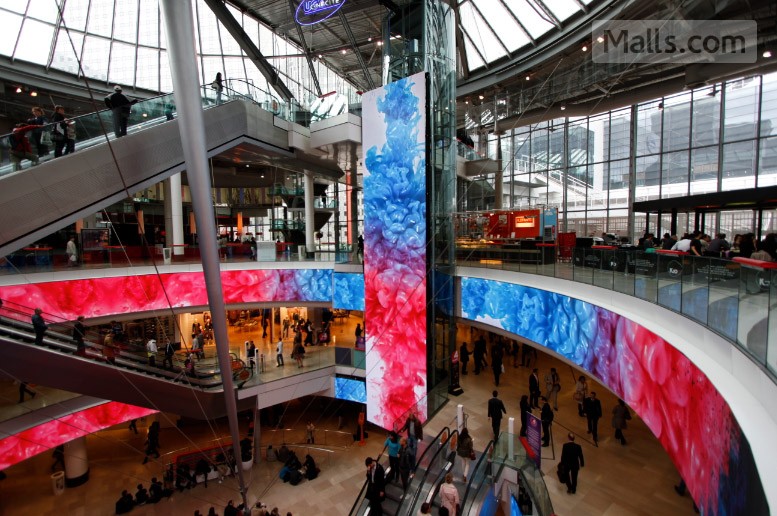