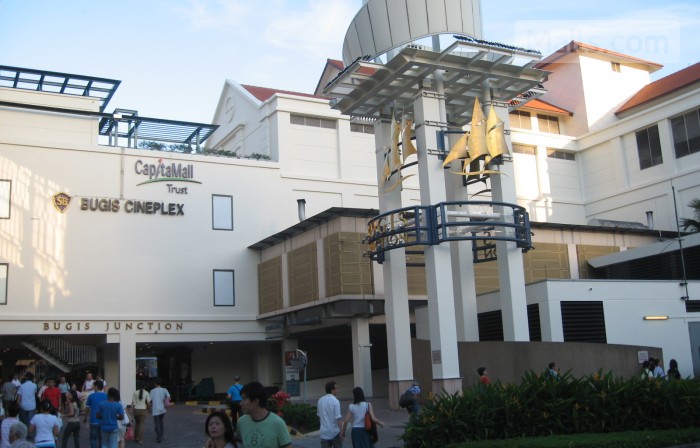 PRO-INFORMATION
EDIT TEXT
Bugis Junction is an integrated development located at Victoria Street, Middle Road and North Bridge Road in Bugis, Downtown Core in Singapore. The development consists of a shopping mall, an office tower and the InterContinental Singapore Hotel. The development was completed in 1995 and was first owned by BCH Investments Pte Ltd which is a subsidiary of Keppel Corporation. Today Bugis Junction is one of the holdings of CapitaMalls Trust, a Real Estate Investment Trust (REIT), and is currently managed by CapitaMalls, a leading mall management company in Singapore which is public listed.
Anchor tenants include BHG which was formerly known as Seiyu. Bugis Junction is the Singapore’s first and only air-conditioned sky-lit shopping arcade to be flanked by charming historic shophouses, representing a showcase of new- and old-world integration. Fr om Straits Chinese-style facades to shop houses with five-foot walkways, Bugis Junction exudes a touch of historical charm while serving the needs of the modern shopper.
Bugis Junction consists of four sections. They are Bugis Junction Tower, Parco Bugis Junction, BHG Bugis Junction and InterContinental Singapore. The exciting retail space houses friendly shops and sidewalk cafes, delighting you with an old town atmosphere within a new city. At Bugis Junction, you are invited to discover and explore while sauntering under a comfortable sun or shopping under the stars.

Description of the location and accessibility
Located in the junction of Middle Street, Victoria Street and North Bridge Road right in the middle of the downtown core area of Singapore, Bugis Junction enjoys direct connectivity to the Bugis MRT Interchange Station and is well served by major public bus routes.
Other than being connected via an underpass to the Bugis MRT station, Bugis Junction is also located fairly close to other adjoining areas like the new Bugis Street, Bugis Village, the Albert Complex/Fu Lu Shou/Sim Lim Square malls, and the heavily visited temples at Waterloo Street. This helps to form a natural human traffic belt in the area, with positive spillover effects.
In line with its close proximity to the Singapore Management University, LASALLE College of the Arts and School of the Arts, Bugis Junction is positioned as a modern fashion destination mall with exciting dining choices for young adults and PMEBs.
Bugis Junction is accessible via an underpass from Bugis MRT station. The mall can be accessed by car through two car park entrances and there are bus stops located around the mall.

Features mall architecture
Singapore’s warm weather led to PARCO’s decision to build the structure’s first three above-ground floors into Singapore’s first glass-covered, air-conditioned mall. The mall preserves the site’s original Chinese shopping street, creating a pleasant, nostalgic atmosphere with its old Straits-Chinese styled shophouse facades with five-foot walkways. Illuminated by natural light, the atrium area gives one the illusion of being on a sidewalk cafe wh ere one can observe the action on the street. 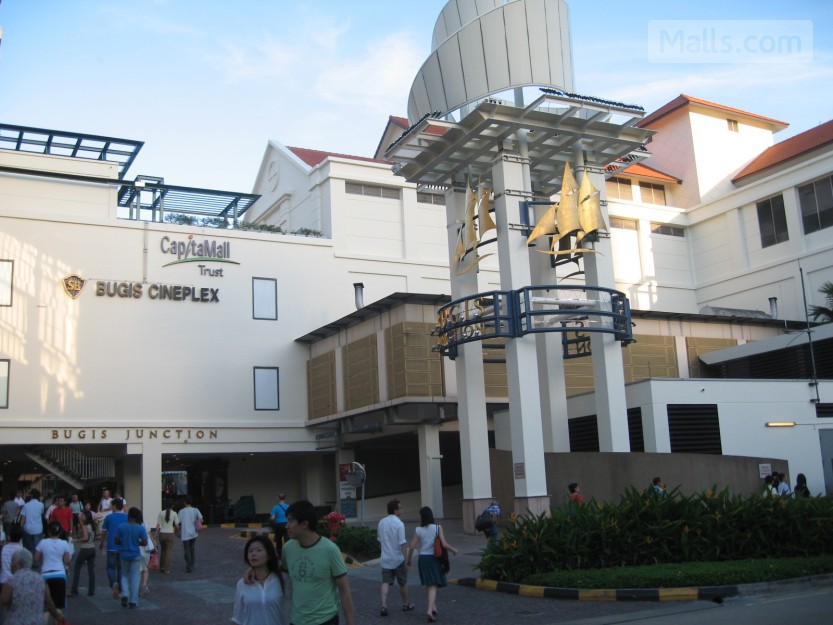 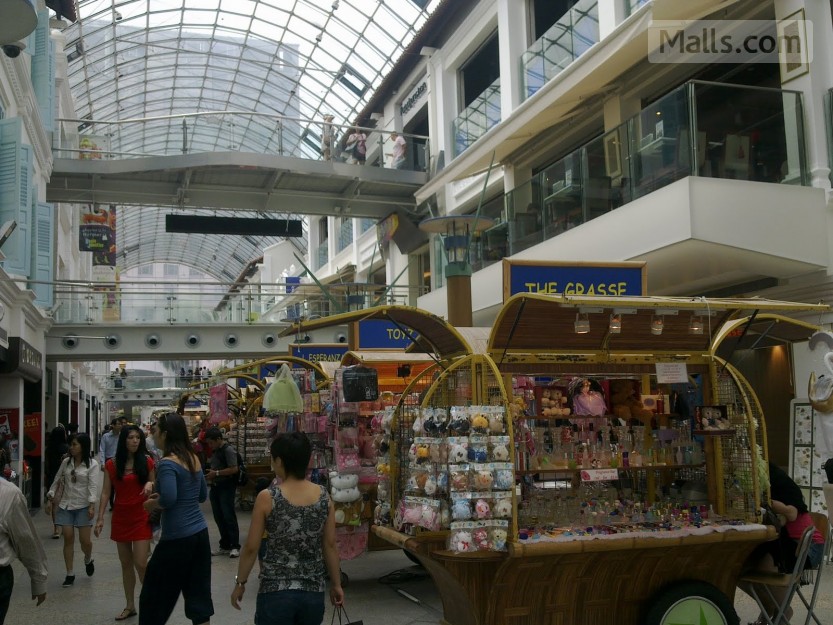 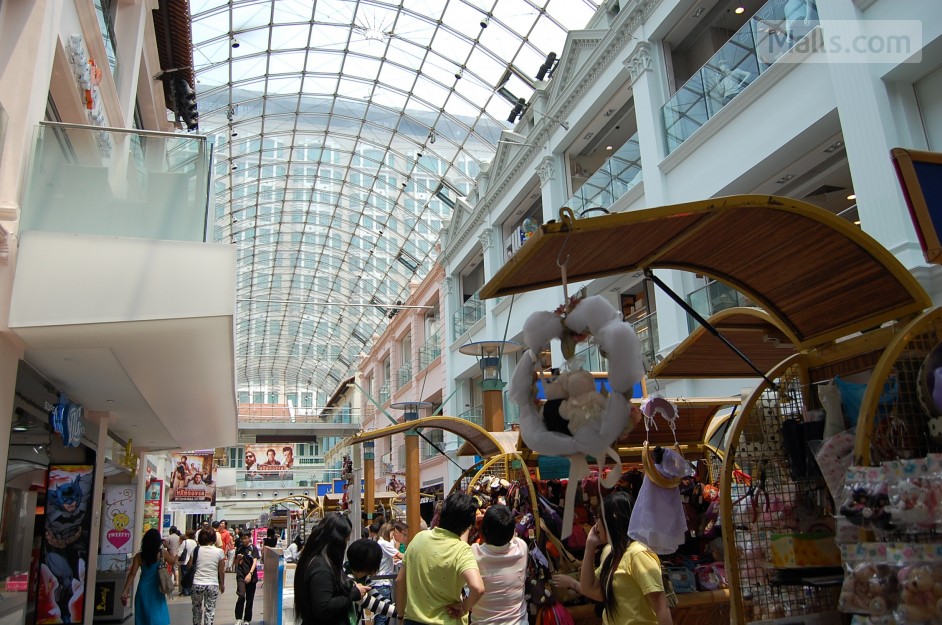 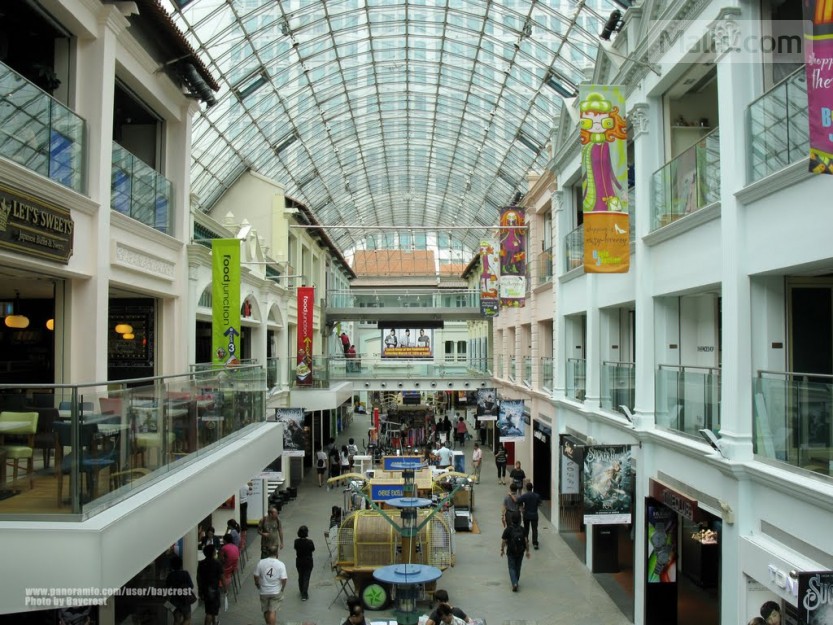 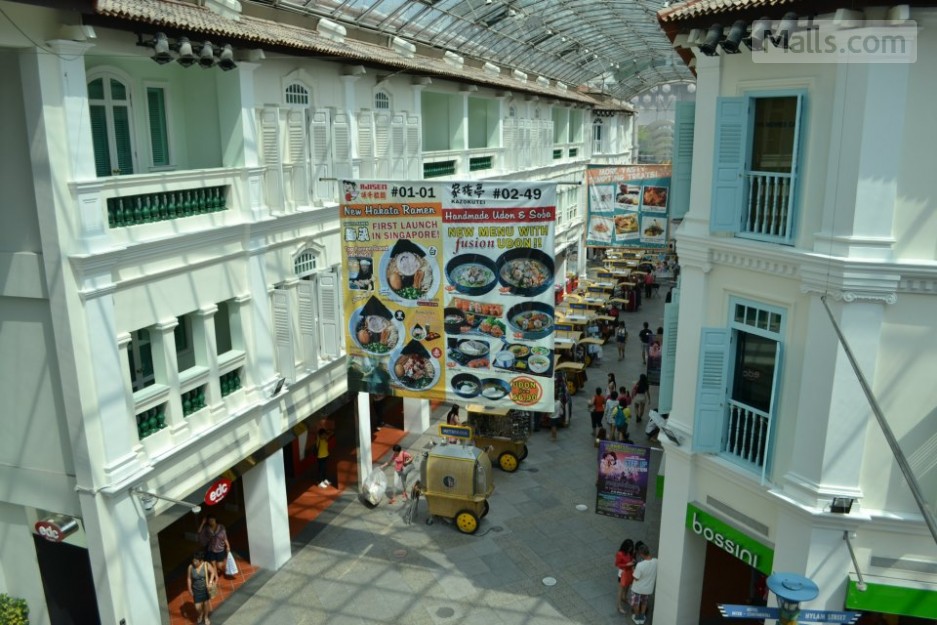