Add a photo Write a review
EDIT TEXT
Carrefour S.A. is a French multinational retailer headquartered in Boulogne-Billancourt, France, in Greater Paris. The first Carrefour store opened on 1 January 1958 in suburban Annecy. Carrefour launched in Poland in 1997, opening its first hypermarket in Lodz. Carrefour is also the owner and manager of shopping centers and a network of stations. Carrefour products are available in various categories of goods such as Cleaning products, foodstuff, beverages, frozen products, refrigerated products, cheese products, delicatessen. On their offer, there are about 2000 products.
Carrefour group operates over 10,000 stores in 34 countries. It operates mainly in Europe, Argentina, Brazil, China, Dominican Republic, United Arab Emirates, Qatar and Saudi Arabia, but also has shops in North Africa and other parts of Asia. It is the second largest retail group in the world regarding revenue and sales figures after Wal-Mart. Currently, under the banner, Carrefour in Poland operates more than 600 stores format of hypermarkets, supermarkets, and franchise stores.
MALL STORE LOCATIONS: 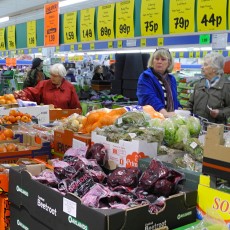