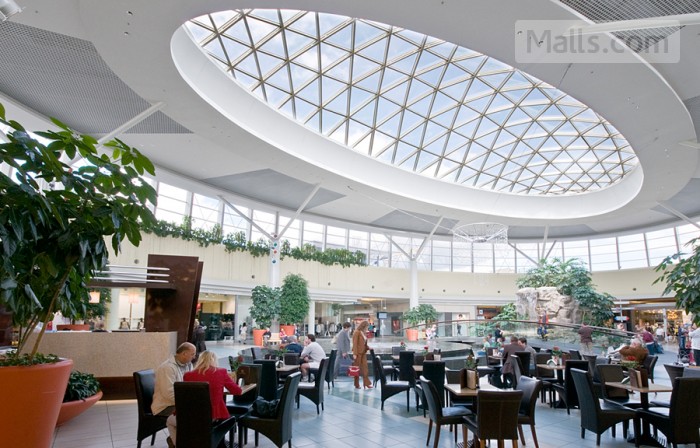 PRO-INFORMATION
EDIT TEXT
Silesia City Center is a perfect place for shopping, meeting and spending leisure time. It is the largest shopping/entertainment center in the Upper Silesia and Zaglebie region.
In the Silesia City Center, you may not only do shopping but eat a tasty meal and drink good coffee, as well. You will find here dishes of Polish, Italian and Japanese cuisine. The Silesia City Center is a place where the variety of tastes merges into a friendly and pleasant atmosphere. Visit cafes and restaurants that are located at the ground floor and floor one of our center.
The Silesia City Centre is the undisputed leader among shopping malls in Poland with its fashion shows, concerts and overnights sales that have already become a Silesian tradition. The world's media have twice been interested in the events that took place in the shopping centre. The first took place in February 2009 and was a wedding in the shopping centre, which was unprecedented in Poland and the second event was a visit by the world famous Paris Hilton to the shopping mall in Katowice. In 2011 the opening of a new annex building was honoured by the presence of the celebrity.
Designed to blend in with the surrounding Gothic architecture, this shopping mall has over 300 shops including Tesco, Saturn and EMPiK superstores, a Cinema City movie complex, Pure Fitness Club, and is even a decent place to eat thanks to the upstairs Bierhalle restaurant and Hana - a magnificent sushi restaurant located externally in the mine’s former swimming pool.
Cafes, restaurants: A.Blikle, Bierhalle, BOBOone, Burger King, Cafe Chopin, Cafe Club, Carmella, Cinnabon, Coffee Heaven, Costa by coffeeheaven, Deka Smak, Empiro Cafe, Feel The Chill, Grycan, Hana Sushi, Jeff's, Kebab House, KFC, Krakowskie Wypieki, Mangioni, Mc Donald's, Mount Blanc, North Fish, Pizza Hut, Salad Story, SICILIA Pizzeria Ristorante, Smaki Świata, SO! COFFEE, Subway, Tchibo, Thai Express, Witaminka.
Entertainment zone: Cinema City, Pure Jatomi Fitness,  children's playground Jupi Park, Fun City (with amusement arcade, club, billiards and bowling alley).
Located mid-way between Katowice and Chorzów on the site of an old 1904 coal mine, the spectacular Silesia City Center easily trumps everything else in the region. Get there via tram numbers 6, 11 or 19.
Silesia City Centre in Katowice has harmoniously combined historical post-industrial monuments with a modern shopping mall. The old, beautifully restored, former mine buildings house, among others, the Hana Sushi Japanese restaurant, the Almi Décor Salon and, the unprecedented, St Barbara Chapel. A showcase of the popular Silesia City Centre in Silesia is the renovated mine shaft tower "Jerzy" which is 50 metres high.
Historic buildings of a former mine, situated in a central point – nearby the entrance to the new object – have been restored, and their function has changed. Antique tower of a shaft ‘Jerzy’ is a symbol of combination the past with the future. Outside, exhibits connected with mining are assembled. Their aim is to remind of the former nature of this place. In a restored building there are, for example, the art gallery of an Almi Decor company and SCC management's headquarters. Nearby, there is also a Saint Barbara's chapel (a patron saint of miners), which was consecrated 3 December 2005. 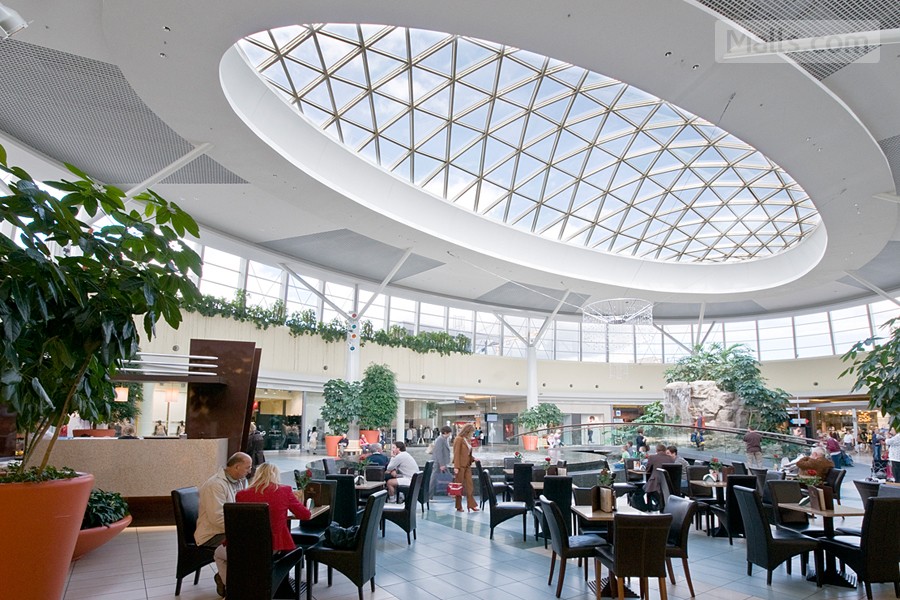