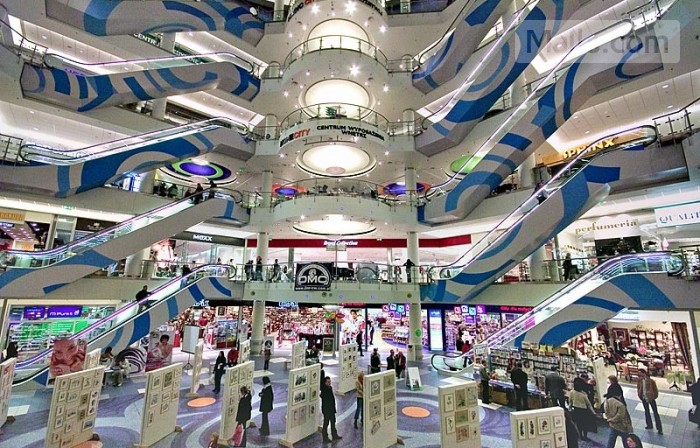 The center is situated in southwest Warsaw, about 3 km from the main business area in Ochota District.  This is the most highly populated borough within the city.  It is placed in a favorable position, with high visibility at the entrance to the Jerozolimskie Corridor.

The food court and the retail sections of the center are based on levels -1, 0, +1 and +2, and the leisure and entertainment sections on levels +3 and +4.

The office space is located in three sections within the center and covers four floors.  Blue Office I and II are located on either side of the structure on levels +2, +3,+4 and +5, while Blue III, which is entirely leased by Deutsche Bank, can be found on level +2.
The focal point of the center is a water fountain which is 26 meters high and decorated with 2 million mosaic tiles. There is a public space which surrounds it where artistic events, concerts, and fairs are held.

Blue City is popular in Warsaw because of its distinctive design and wide open spaces which are flooded with natural light.  The entire roof is made of glass, with a 55 meter high and 35-meter wide dome in its center.  This gives the impression of being outdoors, which is vital during the long winters the country suffers.  It offers shoppers more full corridors than any other mall in the city, and this eliminates any feelings of claustrophobia during busy times.

Office areas are situated in 3 places within Blue City on four floors: Blue Office I and II, on either side of the compound on levels (+2, +3, +4, +5) and Blue Office III, which is entirely leased to Deutsche Bank, is on the level (+2).

The centerpiece in the central atrium is a 26-meter high water fountain, decorated with two mln mosaic tiles and a public space surrounding it, which houses various concerts, fairs, and artistic events.
More than any other shopping center in Warsaw, Blue City is most renowned for its unique design and open wide spaces, which are flooded with natural light. The roof throughout the shopping center is glass, with a large dome in the center, 55 meters high and 35 meters across, which almost conveys the feeling of being outdoors – an important characteristic during Poland’s long winters. Additionally, the widest corridors of any mall in Warsaw were designed so that shoppers never feel crowded, even during the busiest hours. 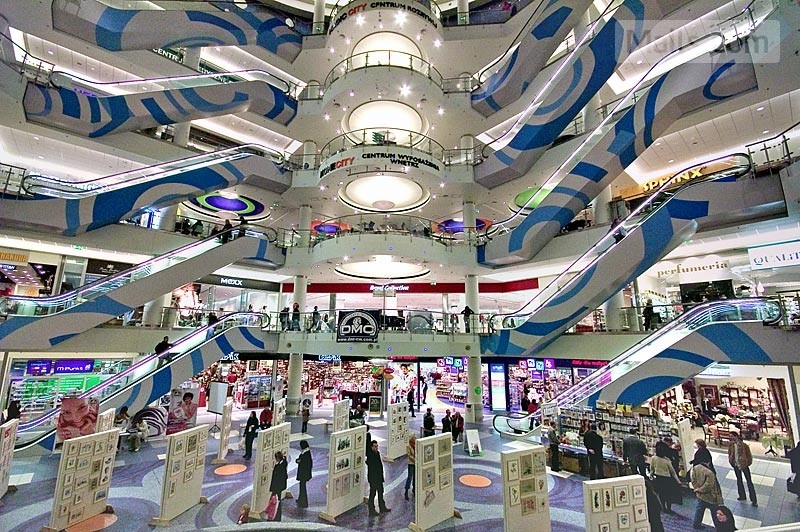 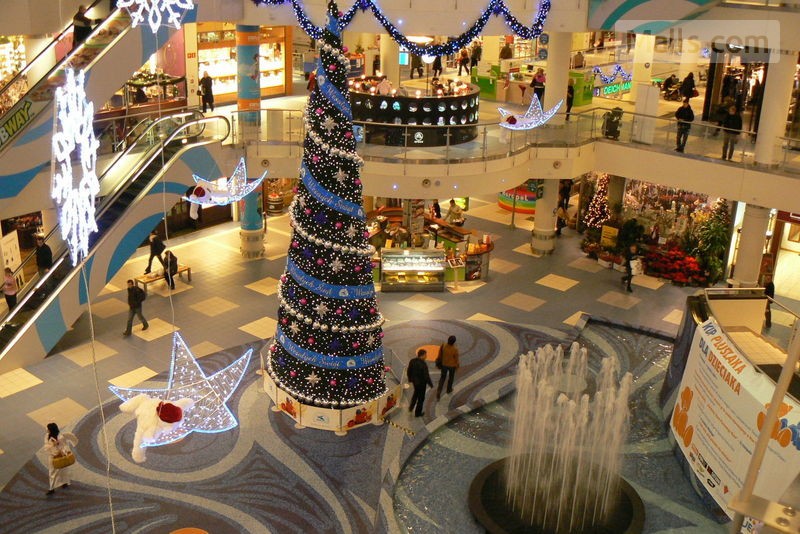