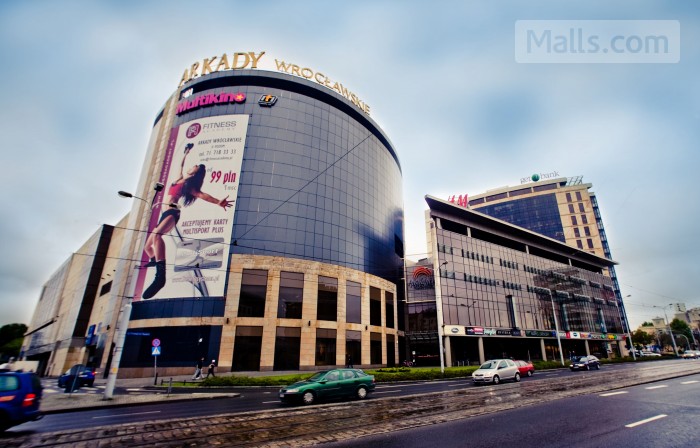 PRO-INFORMATION
EDIT TEXT
Arcade Wroclaw is a modern facility that meets the dominant features of retail, service, entertainment and office space, located in the central-southern part of the city in a square of Silesian Insurgents, Casual, Komandorska, Heaped. The unique attraction of the shopping and service Arkady Wrocławskie is the oceanic aquarium in which they operate min. Reef sharks. Of office area of over 9,000 m 2, was hired by reputable domestic and foreign companies.
Key tenants: Alma, TV EuroAGD, Marks and Spencer, H & M, KappAhl, New Yorker, Ski Team, Cubus, Stradivarius, CCC, Deichman, Orsay, Mango.

Located in the central-southern part of the city in a square of Silesian Insurgents, Casual, Komandorska, Heaped.Arcade located in a very desirable location close to city center, at the intersection of Silesian Insurgents and Relaxed, at the end of the street Świdnicka, which is the main axis of the urban downtown.


The most impressive rise was entirely designed using technology Reynaers. Dual elevation, is still rare in Poland, here is as a buffer to protect the building from excessive sunlight (southern exposure) and to draw to noise from the street. Polish fire regulations prevent the execution of such elevation as one within the ventilation running the full height of the building.
Architecturally Arkady Wrocławskie consist of three blocks: a skyscraper, a cylinder and a flat, rectangular extending to the rest of the plot. While the rise is 13 floors of office space, as in other parts located shopping center, cinema and parking.In the case of Arkady elevation is divided into tiers, and these, in turn, to independently ventilated rectangles, wide glass on two modules. Outside applied glass panes mounted on steel brackets based on CW 50-SC divided in half between floors. Inside uses a typical post and beam construction system CW 50, installed on the ceilings and filled every other module hinged windows. Between the two layers of glass louvers placed System. Quite a challenge for the contractor was folding the façade, which was solved with the help of flat glass panes arranged at different angles. With double the elevation and wrinkling, skyscraper standing on a critical crossroads Wroclaw received particular depth and interesting chiaroscuro, becoming in this way a kind of modern gateway to the city.Other elevations Arkady Wrocławskie use a standard system mullion and transom OR, 50 East elevation is a huge, two-dimensional, lacking glass pane opening windows included in a regular grid of vertical and horizontal divisions. Elevation of the western part consists of colored and varied screen printed glass, several longitudinal sites on the first floor and glass louvers mounted in front of the right facade. A similar glass portion of the north elevation which separates cinema complex multi-level space of the city, especially from the railroad tracks and the noise of passing trains. Products Reynaers also used in a large part of the building for a parking lot. Specially designed aluminum vertical blinds, an amount equal storey car park were made in several types of multiple panels that you install created the impression of an irregular rhythm of a dark brown color, complementing in this way a uniform tone object. 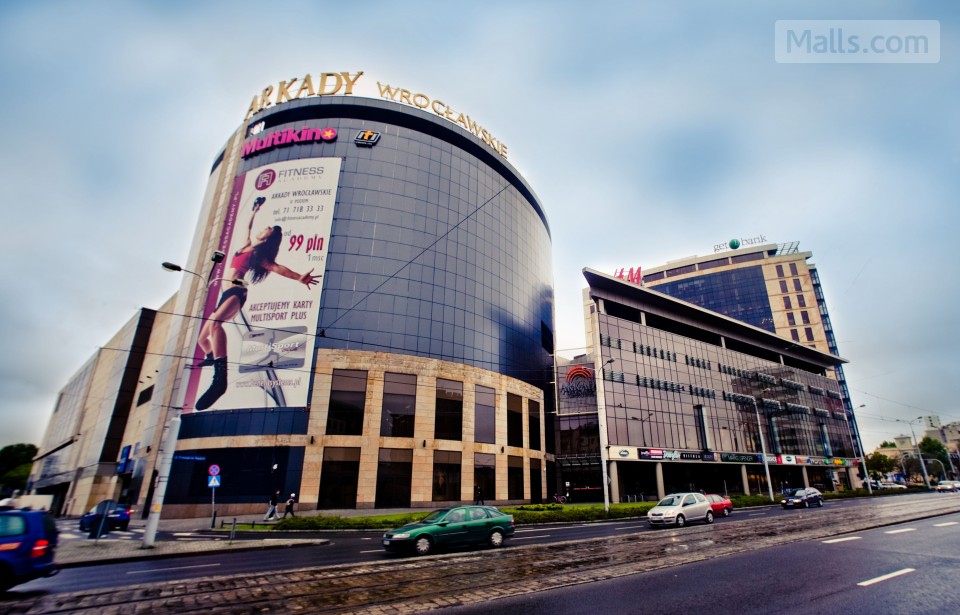 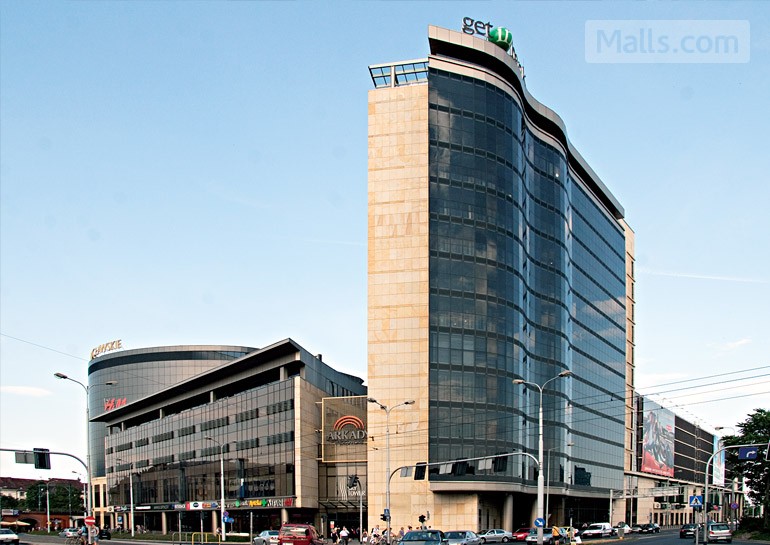