Mall of Tripla will be Finland’s largest shopping center measured by the number of stores.

Click here to subscribe to Malls.Com's weekly email newsletter for free
Tripla’s building site in Pasila, Helsinki, is buzzing with work around the clock 365 days a year. Opening in autumn 2019, Mall of Tripla is the first part of the Tripla project to be finished. The Tripla project will be completed in its entirety in 2020. 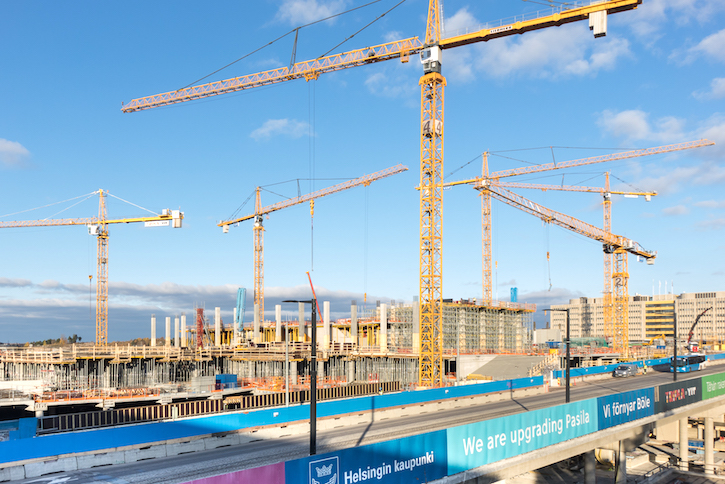 Opening in autumn 2019, Mall of Tripla will be Finland’s largest shopping centre measured by the number of stores. With 250 shops, a public transportation hub, and a total floor area of 115,000 square metres, the mall is the first part of the Tripla project to open its doors to the public.

Tripla is a three-block urban centre with 50,000 square metres of office space, a 430-room hotel, and over 400 apartments for a thousand residents, in addition to the shopping centre. With a total cost of approximately EUR 1 billion, it is the most significant construction project in Finland. Of this, EUR 130 million comes from the European Investment Bank as funding to Mall of Tripla. The construction of the Tripla project is on schedule.

The construction begun two years ago at four and a half metres below the sea level. Now the highest point of the building reaches 30 metres already. When the construction started two years ago, the headcount of Tripla’s construction workers could be done in sets of ten. Now there are already over 800 people working at the site – and the number is likely to rise to a thousand by the end of the year.

This summer, the structures of a five-storey parking garage were completed underground. Currently, interior work is being done at the parking facility: there is plenty of masonry and painting of walls going on inside.

Above the parking facility, the structures of Mall of Tripla have been constructed simultaneously with those of the parking garage, and now about 70% of the frame is done. At its highest, the building now reaches the Pasila bridge spanning over the railway tracks. In storey-terms, the construction of the fourth floor out of the mall’s upcoming five levels has started. The frame of the shopping centre will be finalised during the beginning of 2018.

Simultaneously with the structures, work has started inside the shopping centre. On the first floor, interior walls are being laid, and shopfront structures are being built to display the materials.

In June, the old Pasila railway station was closed, and now the passengers go through a temporary station. Currently, the former station is being demolished, and this phase will be done by the end of the year. After that, the construction of the new station as part of Mall of Tripla will begin.

As one of the last stages of Tripla – a hotel situated in conjunction with the mall – is completed in 2020, the highest point of Pasila will reach the height of 92 metres above sea level. That is three times higher than now. Already more than 100 000 square metres of concrete has been used on Tripla’s mouldings, and a total of three and a half kilometres of inner walls have been laid. 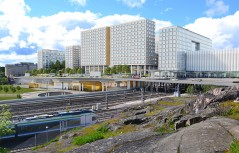 More about shopping malls in Finland