These are the most popular brands among young shoppers


Millennials and GenZ are being drawn towards not just online retail but in-store experiences which they can relate to. 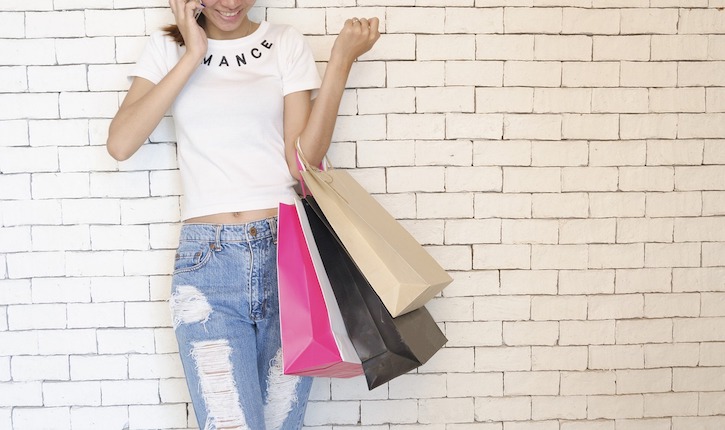 Any legitimate research on shopping behavior will show that the most significant demographic of shoppers is usually younger adults. They are dynamic in their tastes and preferences. So, retail companies need to continually keep a tab on their shopping behavior to ensure that they do well in the market.

The Pew Research Centre identifies millennials as those people who were born between the year 1981 and 1996. Gen Z shoppers are those who were born after 1996 and who comprise a large number of those who we consider as teens and young adults today. These young shoppers have been drawn to brands like Victoria’s Secret, sports apparel giant Nike, Nordstrom, Sephora, etc. This has been revealed in the 2018 Love List Brand Affinity index. Goldmann Sachs and Conde Nast prepared the index.

Victoria’s Secret came out as the number one choice in the Love List Index. This came as a surprise because statistics show that Victoria’s Secret has not been able to boost its sales numbers recently. L Brand, the parent company of Victoria’s secret, experienced a decrease of almost 29 % in its shares earlier this year. Another surprise entry was Target, which moved up to the 12th spot for its Hair Products, from last year’s 17th position for its sports apparel. On the other hand, brands like Amazon did not appear on the list despite its success in fashion brands in previous years. This trend shows that young shoppers today are not just motivated by budgetary constraints or cheaper products.

Brands like Nordstrom saw an increase in popularity as it scaled five spots from its position in the previous year. The presence of high-end brands like Gucci shows that younger shoppers are shifting away from fast-fashion brands which dominated the lists in previous surveys. Conde Nast’s executive, Pamela .D. Mann, explained that fast-fashion brands had seen a decrease in demand because people are beginning to opt for better quality clothing even though they cost more.

Goldmann Sachs and Conde Nast reached out to a population of 1500 young shoppers who are aged between 13 and 34 to prepare this list. The survey also included a group of more than a thousand ‘It Girls.’ These consumers, according to Conde Nast, represented a shopping population who frequently bought fashion apparel and knew about the latest trends and new designs.

The survey also revealed many upcoming brands who might appear among the popular in future reviews. Glossier, Fabletics, Fenty Beauty, Colour Pop, and Fashion Nova were some of the brands that these young shoppers chose when they were asked about emerging brands.

Pamela .D. Mann attributes the success of these upcoming brands to the fact that they sell an experience as opposed to merely selling a product. For example, Adidas allows its customers to try on their sneakers on a real treadmill in the store before they make the purchase. Amazon continued its reign among the top mobile apps used by these consumers. Other apps popular among younger shoppers included Instagram, Poshmark, Twitter, and Pinterest.