The vibrant Dublin Docklands area is one of the great success stories of urban regeneration in recent years.

Click here to subscribe to Malls.Com's weekly email newsletter for free
This part of the Irish capital has undergone an amazing transformation lately, and Dublin City Council has now announced that it plans to turn it into one of the very best urban living spaces in all of Europe.

It has been 28 years since the regeneration of the Dublin Docklands began, and it has resulted in a part of the city with a young, multicultural population. The successful growth of this part of the city has been highlighted as one of the reasons behind the rise in the country’s international profile and the relocation of many top global firms to Ireland.

A Young and Cosmopolitan Population
40,000 people work in the Docklands district now, while there are some 14,000 households in this area too. The regeneration of this part of Dublin has led to advances in a number of different areas for Dublin, from tourism and transport to retail activity and employment opportunities. 55% of the people who live here were born in Ireland, while 20% come from other countries around Europe and the rest from elsewhere. Two thirds of the population of Dublin Docklands is between the ages of 22 and 44, while 90% of the people living here are under 44.

The Finance Acts in 1986 and 1987 were among the drivers for the boost that Dublin Docklands has received. The former act brought in incentives to increase urban renewal investment and the latter reduced corporation tax for certain financial services companies. 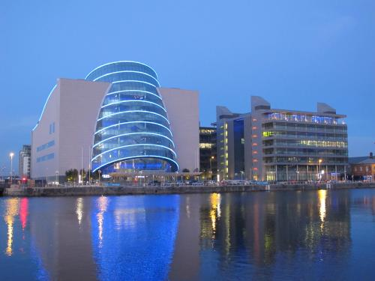 Among the positive results from this regeneration scheme is the fact that half of the top 50 financial firms in the world were attracted here, along with half of the top 20 global insurance companies. High profile firms to be lured to Dublin include Facebook and Google. The unemployment rate is an impressive 5%, which is half of the overall rate in the city.

More about shopping malls in Ireland