Sears Considering Sale Of Some Its Crown Jewels


Iconic retailer Sears has had quite the fall from glory since the days when it sat atop the food chain as the preeminent retailer across the United States.

Click here to subscribe to Malls.Com's weekly email newsletter for free
In fact, Sears appears to be out of moves that will satisfy the company’s investors, and is looking into selling some of its most famous brands.

Once upon a time, and long before a retailer such as Amazon could even be comprehended, Sears sat squarely at the top of the pyramid as America’s dominant retail player. From humble beginnings that saw the bulk of its business conducted through mall-order catalog, Sears would actually help to create the shopping mall concept, and anchor major retail centers across the United States.

Not content to simply be a retail powerhouse, Sears would eventually make its way into other areas, such as the world of financial services and credit cards. Eventually, Sears would undertake a huge merger effort with Kmart, another formerly-dominant retail player. The merger with Kmart and the acquisition of other assets did not have the desired effect on the bottom line for Sears, and the company has gradually spun-off several holdings in a bid to appease shareholders.
Fast forward to today, and Sears is now considering what would have once been unthinkable. The company is at least considering selling off some of the most well-known brands in the Sears family, including Craftsman tools, Kenmore appliance and DieHard battery.

Simply put, the retailer has fallen on some hard times as the retail landscape has changed. The expansive stores that used to be packed with shoppers have turned into ghost towns, and it’s pretty hard for mall operators and owners to justify the amount of space needed to accommodate a Sears, especially when the store’s sales per square foot is nowhere near its peak performance from back in the glory days.

To allow the significance of Sears’ decision to potentially part ways with some of its best-known brands sink in, it would equate to Amazon deciding it needed to move on from selling the Kindle or books in general to make better use of its resources. This is a major signal on the current state of the former retail giant, and it will be interesting to see how it all plays out.

Speaking of Amazon, the game-changing retailer could learn a few lessons by studying the course charted by Sears. Amazon’s expansion from an online bookseller has been nothing short of phenomenal.  We’ll have to wait and see if they can avoid the same landmines that have befallen other retailers, but that appears to be a conversation for some decades in the future. 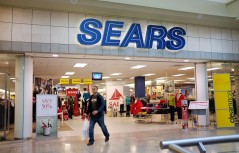