Nine Brands On A Mission In Brooklyn To Test Retail Selling


There is a new pop-up store to be opened to the public inside City Point Shopping Complex. 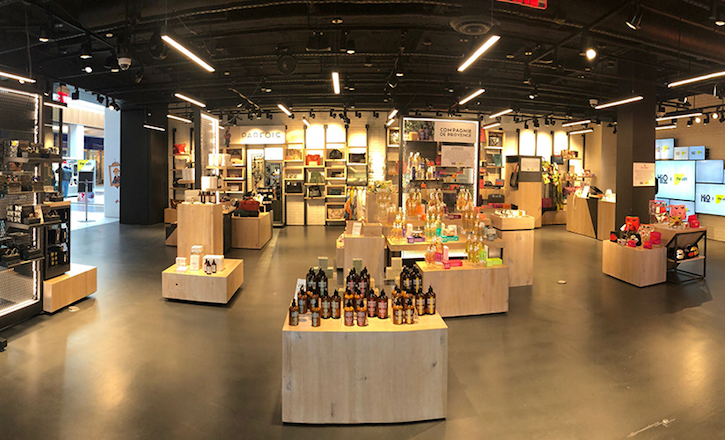 There store by the name of HiO to be opened to the public inside the Acadia Reality’s City Point Shopping Complex.

The retail store is a combination of nine youngsters, who have started their own retails under one single roof with the name of HiO.  Out of these nine entrepreneurs, eight are international start-up founders who are entering the US market for the first time with the collection of  women’s accessories line Parfois, travel accessories by Campo Marzio, sunglass manufacturer Hawkers, Beauty and Bath items by Compagnie de Provence, bags with embroidery by Emma Lomax, spa line LA Bruket, candles and oil diffusers by Skandinavisk and Notebook Maker Moleskine. The ninth one, Winky Lux, the cosmetics brand, is a bit old in US market. Winkey Lux has also started their new joints at New York.

At the opening, the Hio Co-founder Sever Garcia said: "The market with the biggest opportunity to grow is still the U.S. for retailers". He also said that more HiO stores are to open in the US market soon. There is a lot of anxiety on the opening of HiO to grow in the international market because of the earlier experiences on store closure that North America had witnessed. Garcia commented on that stating "These companies are cautious ... but they are interested".

Direct Brands Group, a new business house formed in 2017, owns HiO. This business house is mainly formed with a purpose to represent as an intermediary for the e-commerce brands who are trying to open convenience stores in North America and the international businesses. A set of former retail tycoons came up with an idea of opening collaborative stores within the renowned shopping malls in the US and that’s the way HiO has been formed.

On this opening, Larry Meyer said, "There are concepts in the Middle East and Asia ... making it easier for foreign brands to come into the country, but that hasn't existed in the U.S. Our goal is to provide that background, making it easier for retailers to get a start and facilitating incubation as businesses evolve, and as the margin structures are more clear." Though the first HiO store is all about 1900 square feet, Garcia was not very happy with space as he was expecting it to have around 5000 square feet. He already stated that they are already in search of new locations, especially in North America urban markets to open up stores by this year itself. The HiO is already getting a lot of attention not only from the consumers but also from the real estate giants.

The goal of HiO is to gift something new and engaging for the shoppers because, for the consumers, the online purchase has become a primary choice nowadays.