Tallahassee Mall has experienced years of decline, but is being brought back to life with a new name, as well as an indoor-outdoor shopping facility.

Click here to subscribe to Malls.Com's weekly email newsletter for free
Developers of The Centre of Tallahassee stated that the new mall will have a 6500-seat amphitheater, the Brick Yard, roadhouse entertainment area for drinks, food and live music, a revamped AMC movie complex, along with other retailers.  It is due to open before the Christmas season.

Tallahassee Mall was opened during 1971 and holds a special place in the hearts of local residents, as a gathering place, as it offered them the first national retailers within the region.

The mall started declining when Governor’s Square Mall opened during 1979.  This worsened during the early 2000s and the recession worsened the situation.

This resulted in more empty than occupied stores.  The mall has continued because of the AMC movie complex which is very successful, and some faithful tenants that have remained, some of whom will move to the new development.

The new mall is strategically placed and the mix of retail, entertainment and other attractions should breathe new life into the site. 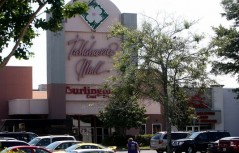