LWK + PARTNERS has revealed the winning designs of the two most prominent components of Zhongshan OCT Harbour in Zhongshan, China. 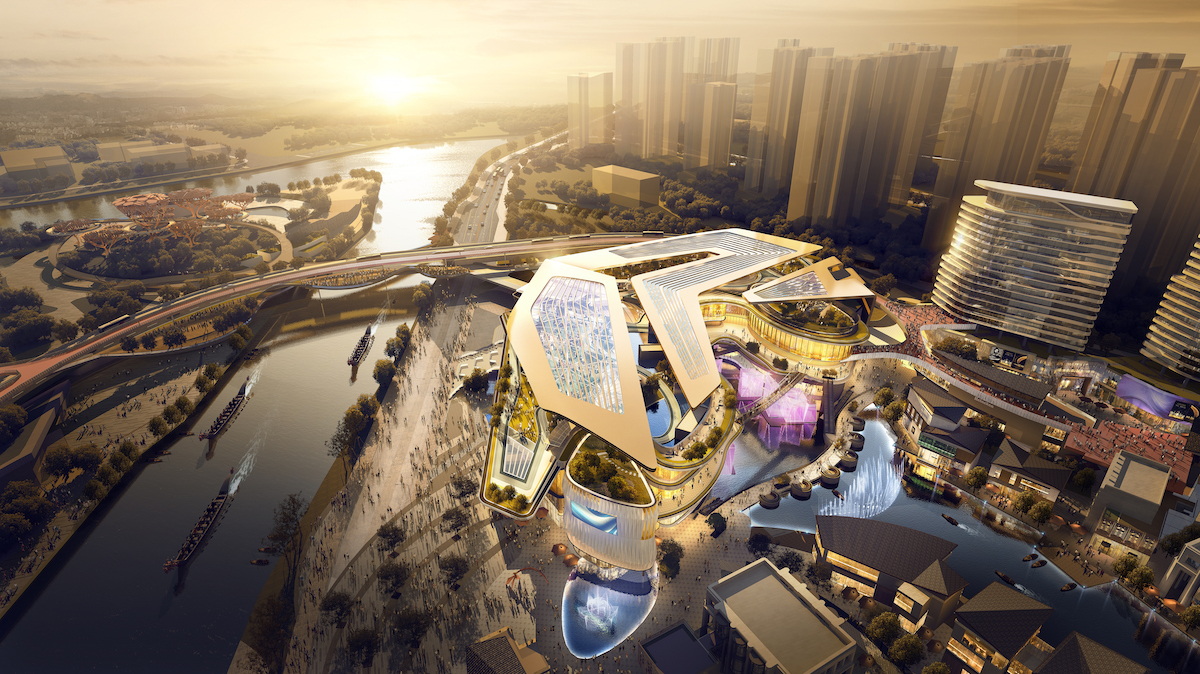 LWK + PARTNERS has revealed the winning designs of the two most prominent components of Zhongshan OCT Harbour in Zhongshan, China. It is a large-scale cultural-tourism project in Shiqi to be a recreational destination on the west coast of China's Guangdong-Hong Kong-Macao Greater Bay Area. They are its riverfront retail mall, which is expected to be the site's visual landmark and core traffic driver. The apartment blocks define the topmost part of the overall skyline. 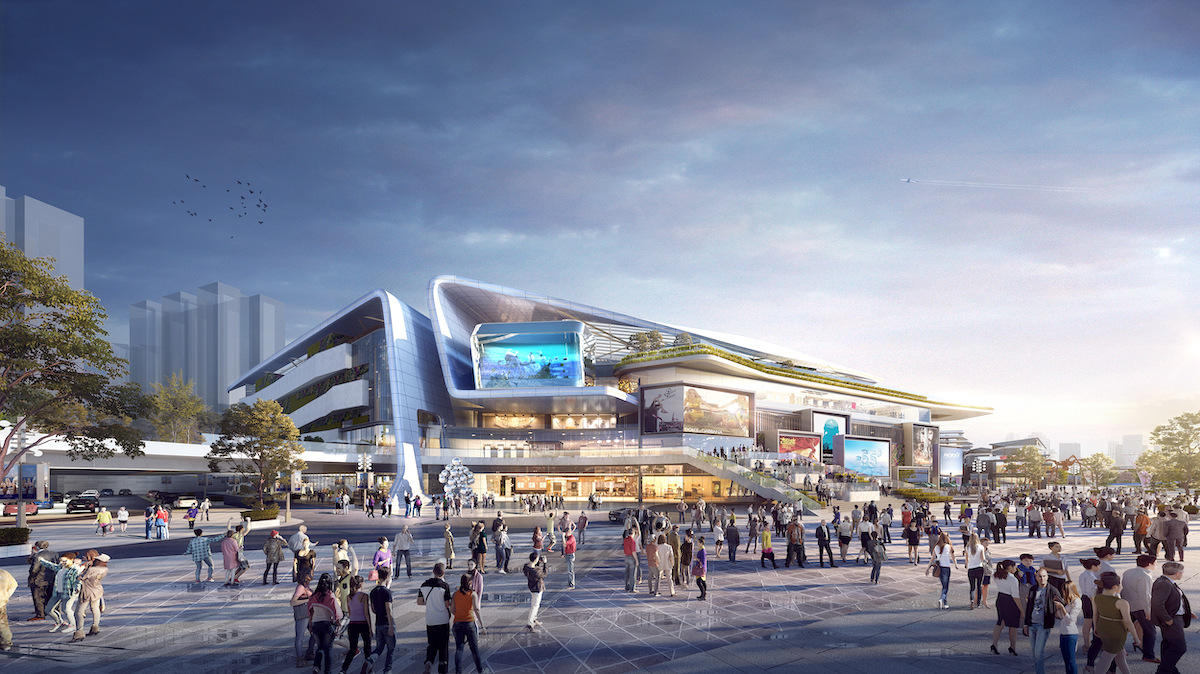 Like the masterplan, the mall and apartments' architecture pays respect to the local waterscape through a sensible mix of tradition and modernity, intending to recreate Zhongshan's version of the glamorous Shanghai Bund.

As the primary commercial icon of the whole development, the shopping mall is situated on the southern end of the site as a traffic driver, looking towards wetlands across the river. It also marks the start of a waterfront retail promenade and festive avenue. 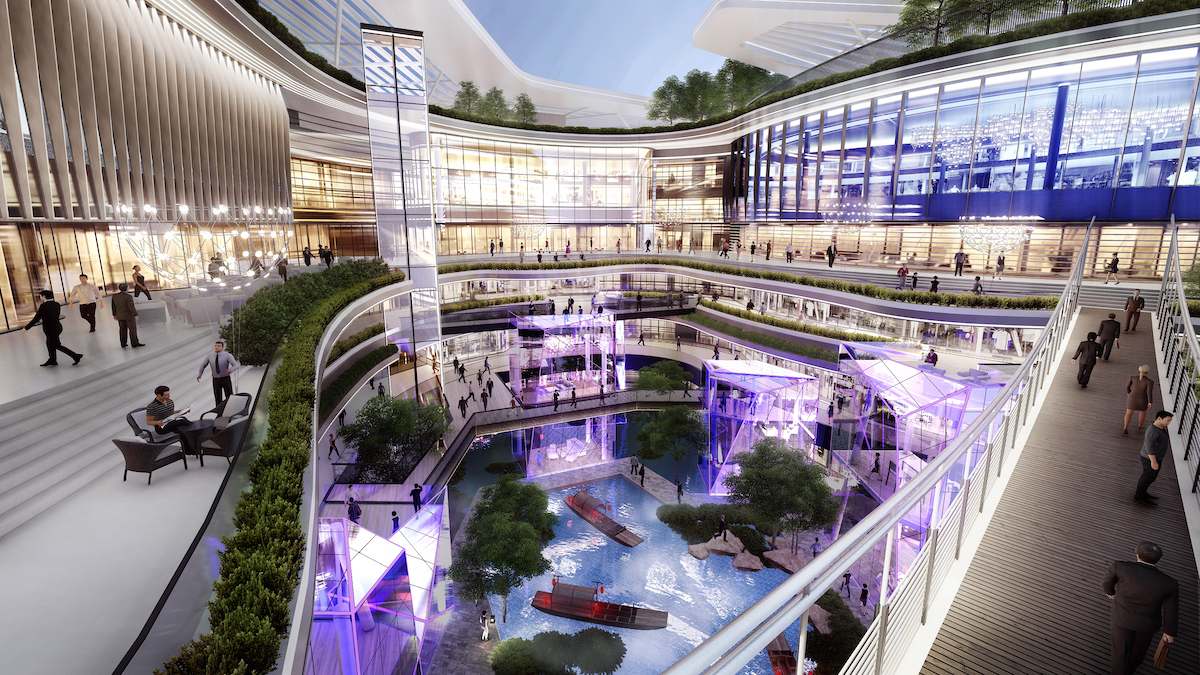 The scheme makes connections with the gourmet street across the river and with the bridge, synergizing circulations and beautiful views across both riverbanks to create the Bund of Zhongshan – an experiential high street combining culture, entertainment, and landscape. The mall is also set to become a daily lifestyle destination for residents nearby.

As an ambassador of the Bund of Zhongshan, the mall celebrates the transformative spirit and future vision of Zhongshan with undulating form and façades which display a fusion of traditional and contemporary design language. Its entrance plaza – the beginning of waterfront retail promenade and festive avenue – also provides generous open spaces for public enjoyment.

Five interactive urban spaces are devised in an interplay of natural, cultural, commercial, and social elements, offering immersive, multisensory experiences on water, land, and air. They engage visitors and encourage them to explore the space, opening up a range of urban dialogues and possibilities. These diverse experiences also serve to stimulate the people to flow within the irregularly shaped development site. 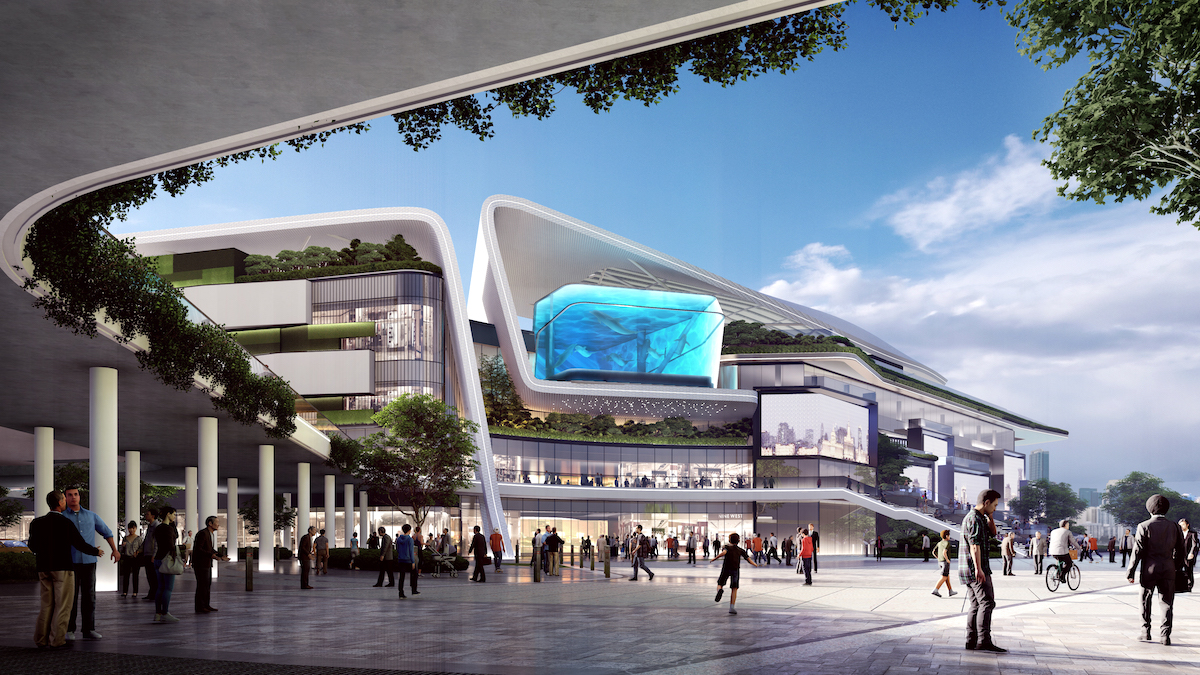 'Bund of Zhongshan' leverages digital technology to empower an immersive experience for high street shoppers, with LED screens embedded in building façades. 'Sky Forest' is an oxygenating rooftop park with verdant greenery and recreational facilities for people to exercise. 'Heart of Ocean' features a cantilevered aquarium above the main entrance, fully wrapped in transparent glass for the maximum visual impression on arriving visitors. It offers an interface for engagement to those passing by the cinema, atrium, food, and beverage area. 'Urban Deck' provides a 270-degree panoramic observation deck overlooking the river, festive avenue, and scenery over the opposite side. 'Secret Zhongshan' transforms a narrow valley-like space into a botanical garden plus a floating market, providing an exceptional dining experience and a chance to get close to nature at the heart of the city.

On the west side of the site is a line of three apartment blocks topping the whole development's dynamic skyline. Towers are arranged in a single line to allow the broadest possible visual corridors while giving the apartments the best views. Not only does this enhances the living experience, but residents will also be able to establish more significant connections with the neighborhood. 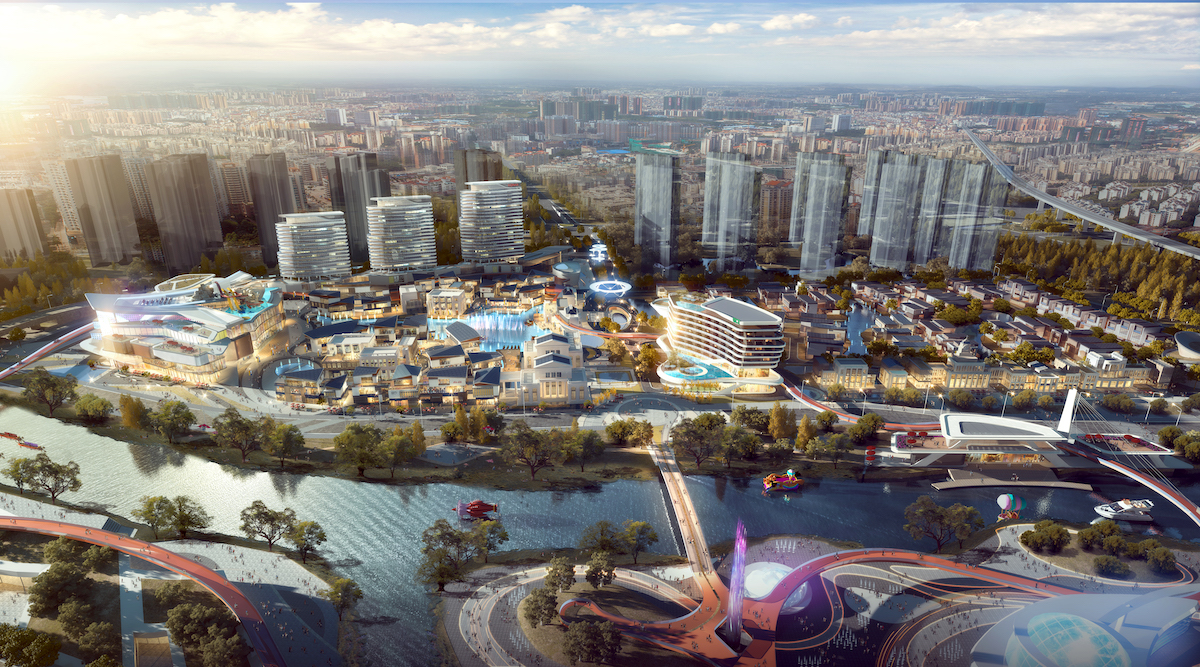 The tower design takes a cue from the graceful movements of yachts and sea waves, resonating with the masterplan's aquatic associations. The buildings feature curvilinear façades, slight horizontal overhangs, and an ocean palette, augmented by distinctive tower crowns mimicking the form of waves as they hit the shore and forming a unique silhouette for the site.

The above winning proposals by LWK + PARTNERS for the shopping mall and apartments of Zhongshan OCT Harbour are now under design development.