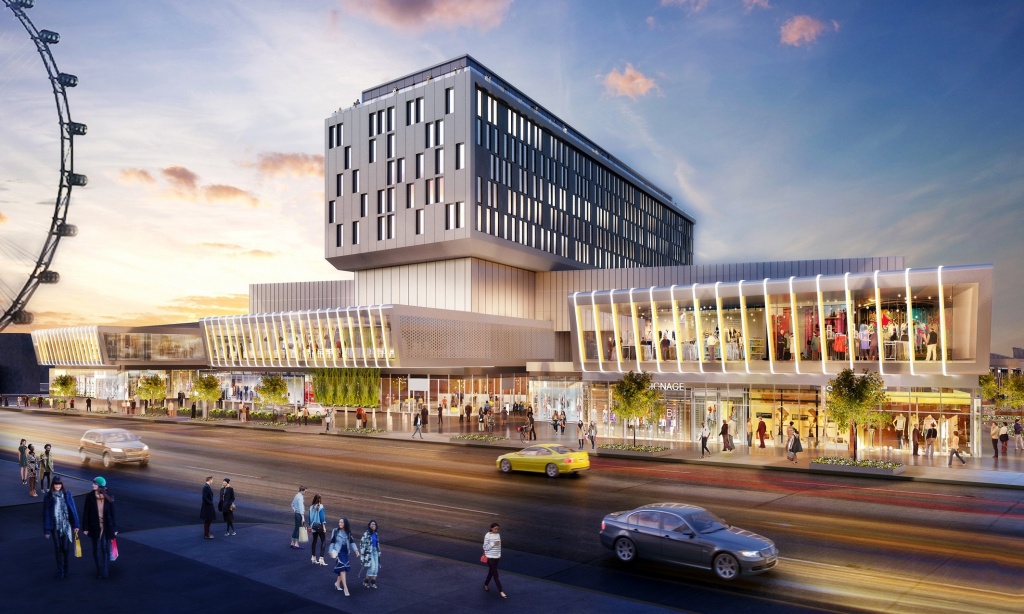 The project, touted to create more than 1,800 jobs and bring $285 million in private investment on the North Shore of Staten Island, has been several years in the making.

"Empire Outlets is a well-timed catalyst that will trigger the transformation of the North Shore and position Staten Island for sustained growth into the foreseeable future," said Donald Capoccia, principal at BFC Partners, the developer of the project.

While BFC Partners announced the first 20 retailers that will be part of outlet center, there are 80 more stores that will be taking up space before the project is complete in 2016.

"We have had unprecedented interest from retailers and entertainment groups from around the globe," said Joseph Ferrara, a principal at BFC Partners.

"We are very confident that once Empire Outlets opens its doors in 2016, our visitors will be fully encompassed into an experience that they will most certainly want to repeat," he said. "Partnering with New York Wheel, Lighthouse Point, the Yankee organization, Snug Harbor, and the historic St. George Theater, we as a team will sculpt 'Destination St. George' into a worldwide visitor magnet for decades to come."

Said Lt. Gov. Kathy Hochul: "The Empire Outlets project provides an enormous breakthrough in the transformation and revitalization of Staten Island. More importantly, it offers an array of attractions and benefits for hardworking families in the borough and beyond."

Public officials said the outlets, as well as other North Shore development projects in the works, will change the face of the St. George waterfront.

"I have the privilege of working a stone's throw away from what is the epicenter of the transformation of Staten Island's northern waterfront," said Borough President James Oddo.

"Empire Outlets is an essential part of the 'Core Four' projects that total nearly a billion dollars of private investment along this corridor. The project is an economic development bonanza in and of itself, but its benefits can grow exponentially as this trailblazing endeavor encourages future investments, large and small, in our community. "

Councilwoman Debi Rose (D-North Shore), who was instrumental in getting the outlet project through the city's mandated Uniformed Land Use Procedure, said, "The Empire Outlets will draw visitors from all over the globe. More importantly, this groundbreaking kicks off a North Shore renaissance that will meet the needs of future generations of Staten Islanders."

"Along with forthcoming projects and existing anchors that have served us for decades, the Empire Outlets will help give Staten Island's North Shore a prominent place on every map," she added.

The leasing of the outlets is being handled by the St. George-based Cassandra Properties.

"This is a long-time coming and it's a very exciting day for us," said John Pitera, who with James Prendamano, both managing directors at Cassandra Properties, are in charge of leasing for the project.

BFC Partners said it will use the city Economic Development Corporation's HireNYC program to create a local hiring plan to fill the jobs generated by the 1-million-square-foot development.

"This groundbreaking represents one step in the redevelopment of the North Shore, and we look forward to continued work to help make Staten Island an even greater asset for all New Yorkers."

Despite this, the Staten Island Community Contractor's Association had about a dozen protesters outside the stadium yesterday who said they are against using non-Staten Island contractors for the project.

Goldman Sachs, through its Urban Investment Group, provided $130 million of capital for Empire Outlets. To date, Goldman Sachs has committed $2 billion to nearly 100 projects across all five boroughs -- in areas like affordable housing and new community and healthcare spaces.

"We're pleased to have been a part of the Empire Outlets project, the largest public-private partnership in decades that will create jobs and economic growth in Staten Island."

Rich Marin, CEO of the New York Wheel, said he was "happy" that the wheel's groundbreaking will occur at a later date.

"This is a great day for Empire Outlets, as they officially break ground on a complex that will generate jobs and help drive the economy of the North Shore of Staten Island, and indeed all of New York City," said  Marin.

"We expect to hold our own groundbreaking ceremony very soon, once all of the details for our closing are in place. We congratulate Empire Outlets and Don and Joe on their terrific achievement and look forward to continuing the celebration of the redevelopment of the St. George waterfront with our own groundbreaking soon." 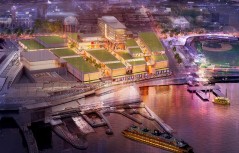