The company has plans to open 100 pop-up stores in shopping malls across the United States.

Click here to subscribe to Malls.Com's weekly email newsletter for free
After successfully building a nearly impenetrable moat in the world of online retail, Amazon is shifting some of its focus to the world of physical retail. As Business Insider reports, the company has plans in the works to open as many as 100 pop-up stores in shopping malls across the United States over the next year. 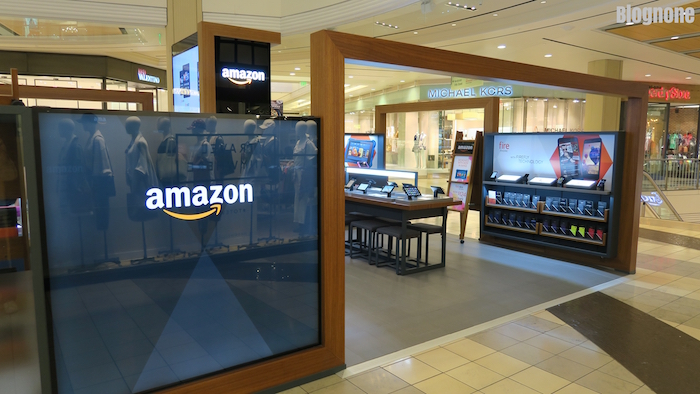 Amazon already had 16 pop-up stores as of the end of August, but that number could reach as many as 30 by the end of the year. By the end of 2017, that number may climb to as high as 100. The pop-up effort is a totally separate project from the physical bookstore that debuted in Seattle last year, and it’s being spearheaded by the company’s head of devices and services. That being the case, it shouldn’t be a surprise that the stores will feature all of the Amazon devices you can imagine.

That’s the essential goal of the stores, which are designed to showcase Amazon’s innovative product offerings, including the Echo home speakers, Fire TV and Kindle e-readers. While the stores will help to drive the sales of these products and accessories, Amazon ultimately hopes that they will help increase its massive foothold in the online retail world.

The pop-up stores range in size from 300- to 500-square feet, and are typically positioned in a high traffic area of the mall. California leads the way with six of the pop-up stores so far, and they have also appeared in New York and Texas, among other states. Back in 2012, big-box retailers Walmart and Target stopped selling Amazon products, so this is another way for the company to get their products in front of consumers that may not be exposed to them online.

"We offer pop-up kiosks so that customers can try out all our new devices and learn about our services like Prime and unique content like Amazon Originals," Amazon said in a statement to Business Insider.

The pop-up stores also provide further evidence that the company is expecting big things for its Echo product, which has already started inspiring copycat products from other tech giants. In addition to their tech products, Amazon has also quietly launched seven private label fashion brands over the past year. Amazingly, the company could actually surpass Macy’s as the top apparel retailer in the country by next year