Amazon has designed a new smart cart for supermarkets


The grocery shopping cart offered by Amazon for supermarkets has seen an update that brings updated features and functionality. 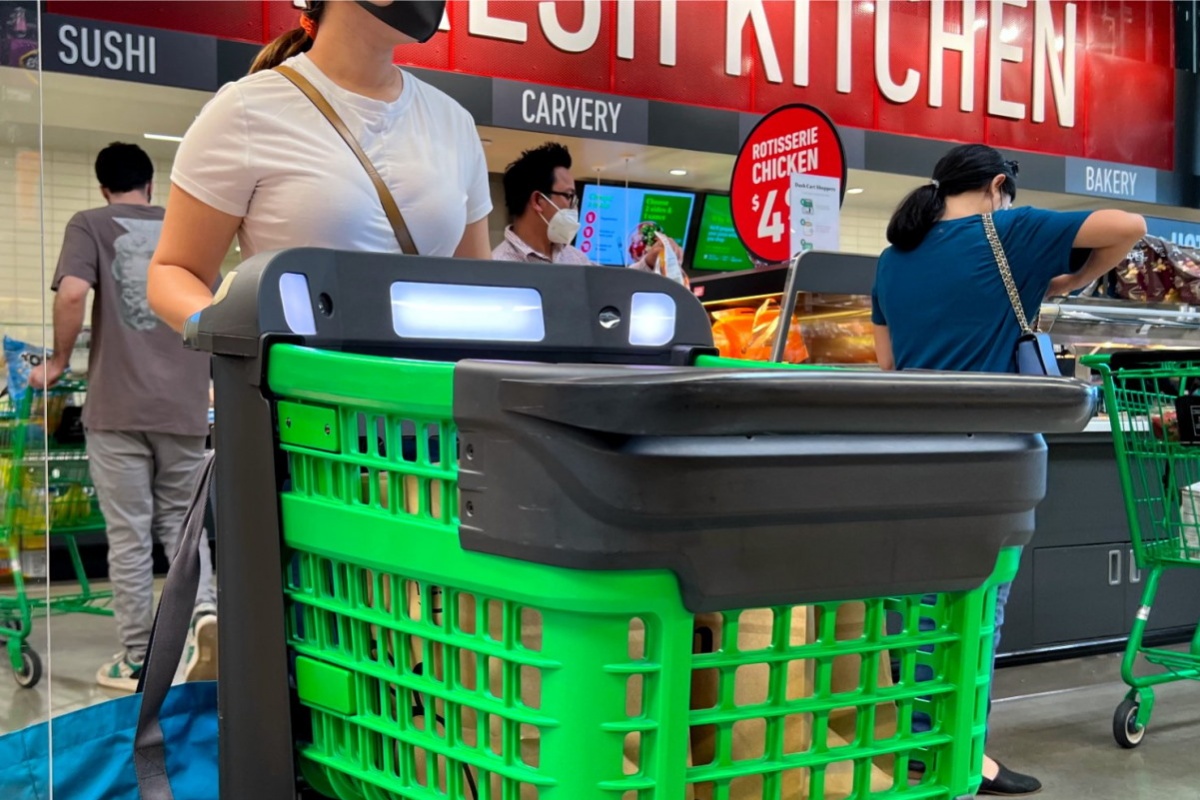 Amazon has officially unveiled an updated version of its smart cart for supermarkets. This device, called Dash Cart, has become lighter, larger, and more importantly, better adapted to retail environments.

According to The Verge, the Dash Cart, although it is a test project for Amazon, is already being used at the Fresh and Whole Foods chains of the internet giant.

The first version of Dash Cart was released in 2020, and it has been continuously updated since then. The cart runs on Just Walk Out technology, which is used in Amazon Go's cashless stores. The device is able to independently analyze purchases made and deduct funds from a bank card linked to the customer's account.

Inside the Dash Cart are cameras with computer vision, which unmistakably identify the goods presented in the stores and, if necessary, determine their weight. Codes and coupons from retail chains can be scanned with special scanners. And the main cart display shows the actual amount of purchases made.

The updated version of the smart cart is currently being tested at a Whole Foods supermarket in Westford, Massachusetts. The upgraded model is expected to be rolled out to other Amazon stores at the end of the test period.