Click here to subscribe to Malls.Com's weekly email newsletter for free
When you’ve successfully dominated one particular field, the natural inclination is to set your sights on your next target. That concept applies to companies of all shapes and sizes as well, but sometimes the lessons learned from the first stages of empire building don’t translate as well to the next phase. However, innovative companies know that one of the keys to success in a new niche is to slowly dip your toes in the water before diving headfirst into the deep end. 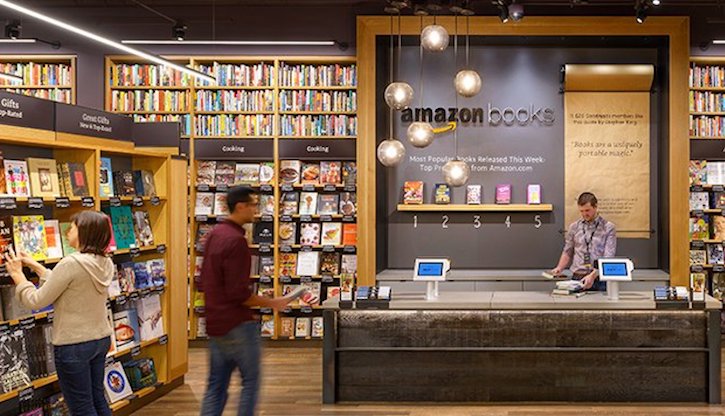 Online retailing giant Amazon subscribes to that theory, and the company is taking a slow and steady approach to expanding its physical presence. As the Boston Globe shares, Amazon recently debuted a new brick-and-mortar bookstore at the Legacy Place Mall in Dedham, Massachusetts -  and the early reviews are quite promising.

The 5,800-square foot store opened its doors to give customers a sneak peek before its official opening, and shoppers rushed in to see what Amazon has up its sleeve. Once inside, customers discovered a beautifully designed store with a modern feel that featured an assortment of the company’s signature tech products, as well as a carefully curated assortment of books.

“If you’re in a smaller store, you want every book to be a great book,” explained Jennifer Cast, vice president of Amazon Books.

Amazon should have little trouble fulfilling that niche and choosing books that resonate with readers, as the company has a wealth of data at its disposal. The company knows full well what titles are moving on its website, and the quick-moving company can adapt to changing tastes in a heartbeat.

“You have to give Amazon credit. They have had a great business model, and they are evolving to further serve the customer,” said Jon Hurst, president of the Retailers Association of Massachusetts.

Hurst is right on the money, as the evolution of Amazon has truly been fascinating to watch. The company debuted in 1995 as an Internet-only seller of physical books, and it has expanded its platform to include just about everything under the sun. In addition to physical products, the company has helped revolutionize digital publishing and distribution thanks to its Kindle e-Readers, and the online retailing giant has forever changed both the way we shop - and the way products are distributed.

Despite its apparent domination in the world of online retail, Amazon knows there’s something to be said for a physical presence in which customers can feel, look and browse before making buying decisions. That’s led the company to move into the brick-and-mortar business with smaller, manageable physical bookstores, and customers in the Needham area sound pretty pleased with the company’s decision.

“I miss going to a bookstore,” said Emma Cohen of Brighton.