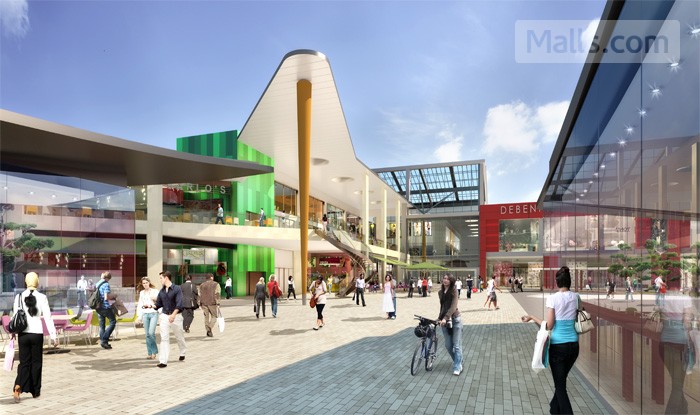 BUSINESS CONTACTS
EDIT TEXT
Liffey Valley Shopping Centre is a shopping centre, that is located in Clondalkin in Dublin 22. The centre opened in 1999 and is located at the junction of the M50 motorway and N4 road. The centre was a replacement for a much larger complex mooted for the site, known as Quarryvale.

Anchor tenants at the centre are M&S, a textiles-only Dunnes, and Boots. The centre is home to a Vue cinema which is claimed to be the busiest cinema in Ireland and the United Kingdom.[citation needed] The shopping centre also houses several restaurants, including Spur, Eddie Rockets, Pizza Hut and a "Bagel Factory" Cafe. On the second floor of the complex is a Food Court which has restaurants including McDonald's, KFC, Burger King, Abrakebabra, Kylemore Cafe, BB's Coffee, Quiznos and others. An associated retail park is nearby, with several warehouse-style stores, including PC World, Currys, Carpet Right, Argos, also of note is B&Q and Halfords retail outlets.

One initial criticism of the centre is that unlike its rivals, the Blanchardstown Centre and The Square in Tallaght, there is no supermarket (other than a M&S Food hall in the M&S). This has not dented the centre's popularity, however.

Development of the site into non-retail commercial entitys has already begun, with the Clarion Hotel and Liffey Valley Health and Fitness recently opening its doors. Also large development of office space, similar to those already in place at the Blanchardstown Centre, has been completed.

In 2005 planning applications were made to further develop the site into a more all round destination. These plans include apartments and more leisure focused units located away from the main centre. The developers also had a model in the centre, showing a proposed Dublin Metro line to the south-east of the shopping centre which would have been linked to Tallaght.