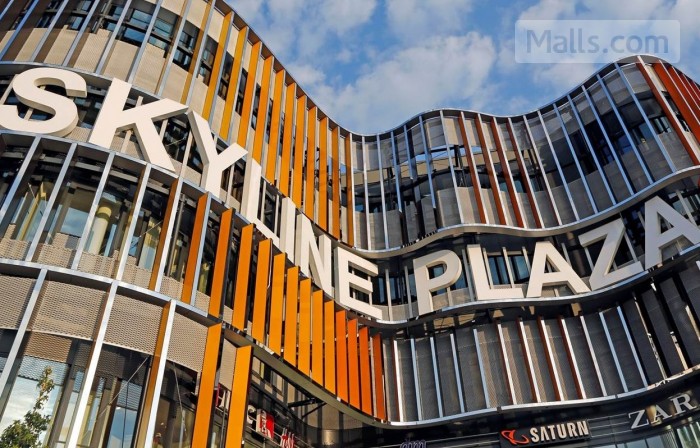 PRO-INFORMATION
EDIT TEXT
Skyline Plaza is a building complex in the western part of Frankfurt, Germany, near the trade fair premises of Messe Frankfurt. The Skyline Plaza has given the European district an urban center. It is planned to consists of four buildings: a shopping mall with around 180 shops and restaurants (opened on 29 August 2013), large spa (opened February 2014), a congress center for Messe Frankfurt (opened June 2014), a 212 m (696 ft) office tower (proposed) and a 113 m (371 ft) hotel tower (proposed).

The Skyline Plaza shopping center has two shopping floors housing 180 shops, cafes, restaurants and service enterprises. The range on offer in the Skyline Plaza is supplemented by a high­quality leisure program including a fitness, wellness and bodycare MeridianSpa. On an area of approx. 9,200 m² including a spacious roof terrace, the – not only in terms of floor space – largest fitness and wellness center in Frankfurt is being created.

The shopping center is a part of the new “Europaviertel” district located in the heart of Frankfurt. The district has sprung up over the last few years on the grounds of a former freight depot, and has become a place to live, work and shop in. The Skyline Plaza, due to its central location, serves to link up the Messe Frankfurt exhibition center, the banking district and the city center.

Skyline Plaza is well accessible with the public transport system. Nearby are the stations Festhalle/Messe (U-Bahn line U4, tram lines 16 and 17) and Güterplatz (Tram lines 11 and 21).

The colorfully illuminated façade is an architectural highlight and, at night, appears as the beating heart of the exciting financial capital. At the top of the building there is "The Skyline Garden"  which is characterised in particular by the many possibilities available to its visitors. The garden’s core is made up of Restaurant ALEX and its two individually designed terraces. For the little ones there are  two playgrounds with monkey bars, a jungle gym and a sandbox. There are also a sports opportunities to choose from, including a life-sized chessboard, ping-pong tables, football tables, boules pitch, golf.

The oval-shapped building comprises a total of 38,000 square meters of sales area on two levels and around 2,400 parking spaces.  A unique attraction is the public park-like area on top of the building with a restaurant, a playground and green areas (Skyline Garden). There is also a separate fitness and spa area, operated by MeridianSpa in the building.

The shopping mall has been awarded the preliminary gold certificate (Vorzertifikat) of the German Sustainable Building Council (DGNB) for its sustainable planning and urban development integration. 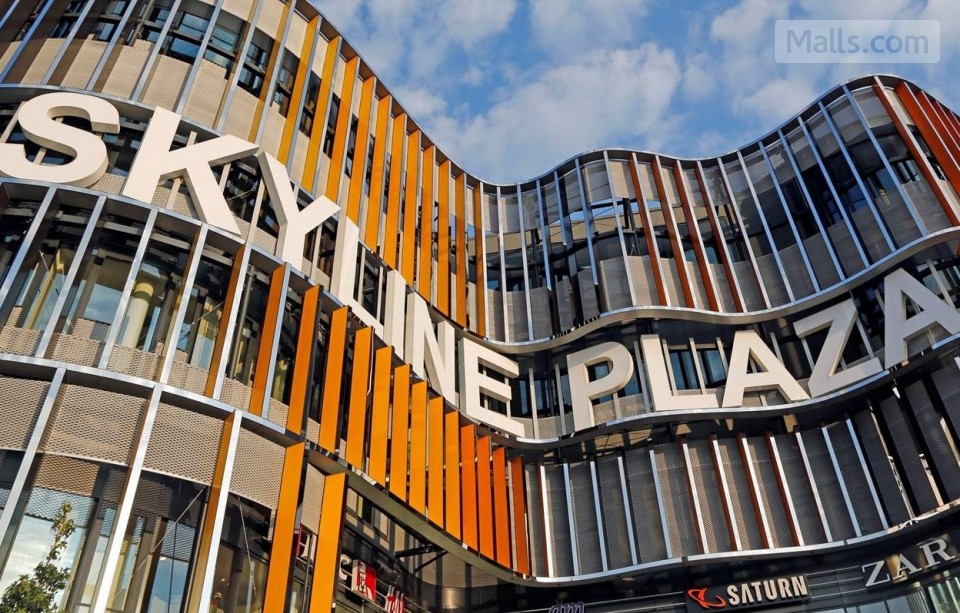 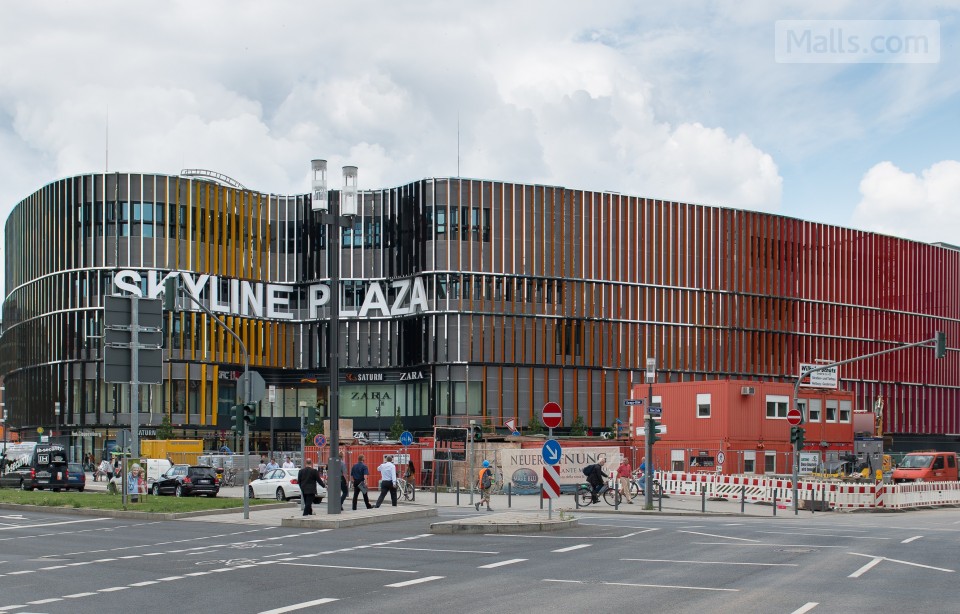 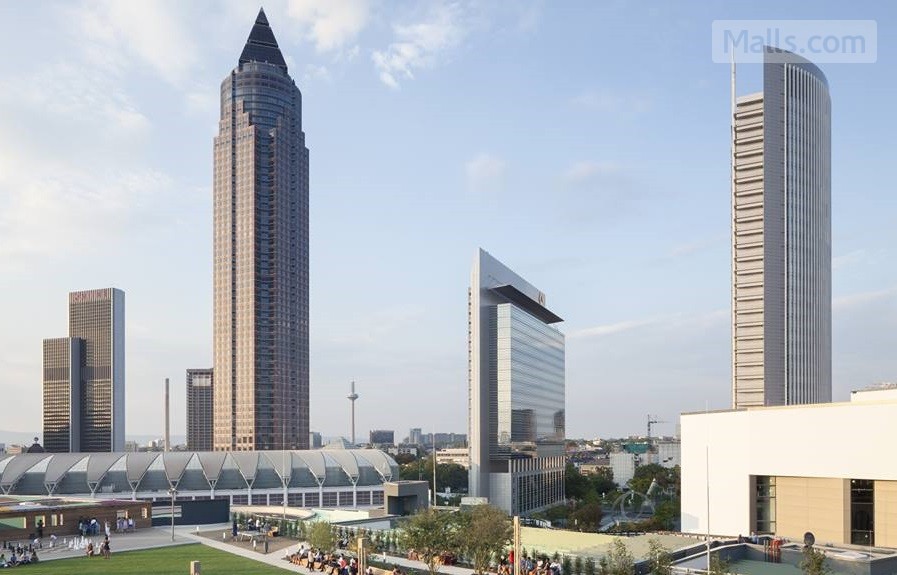 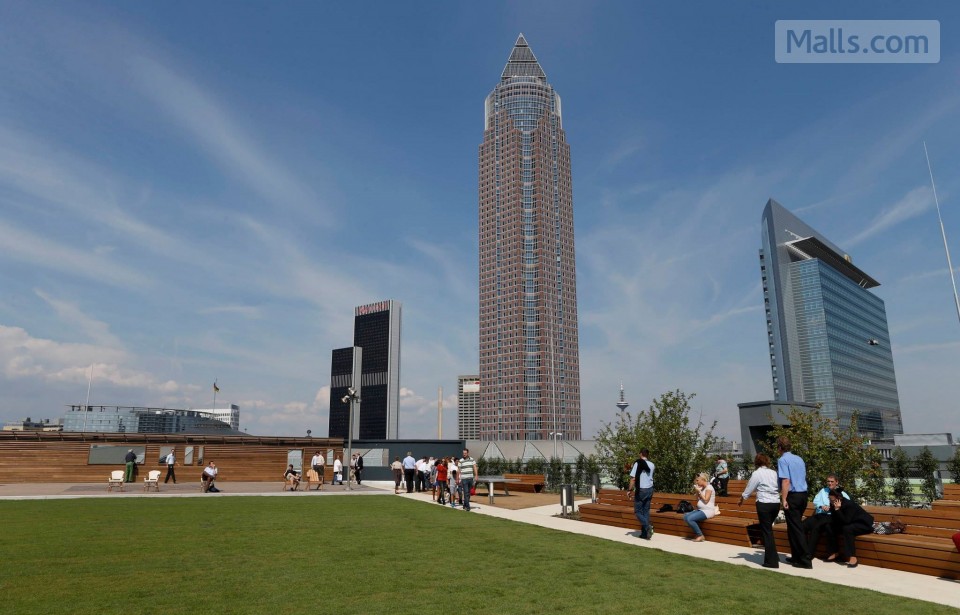 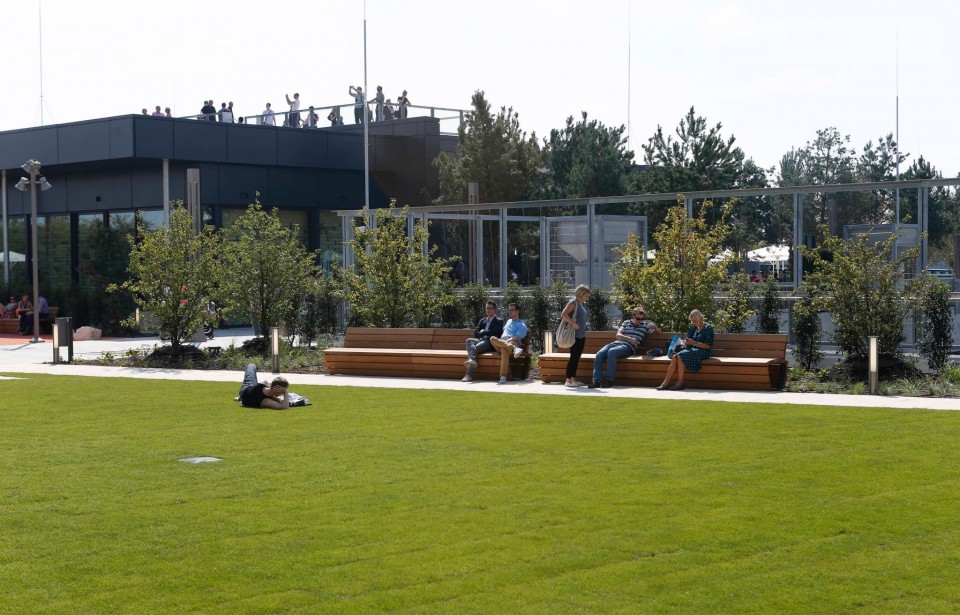 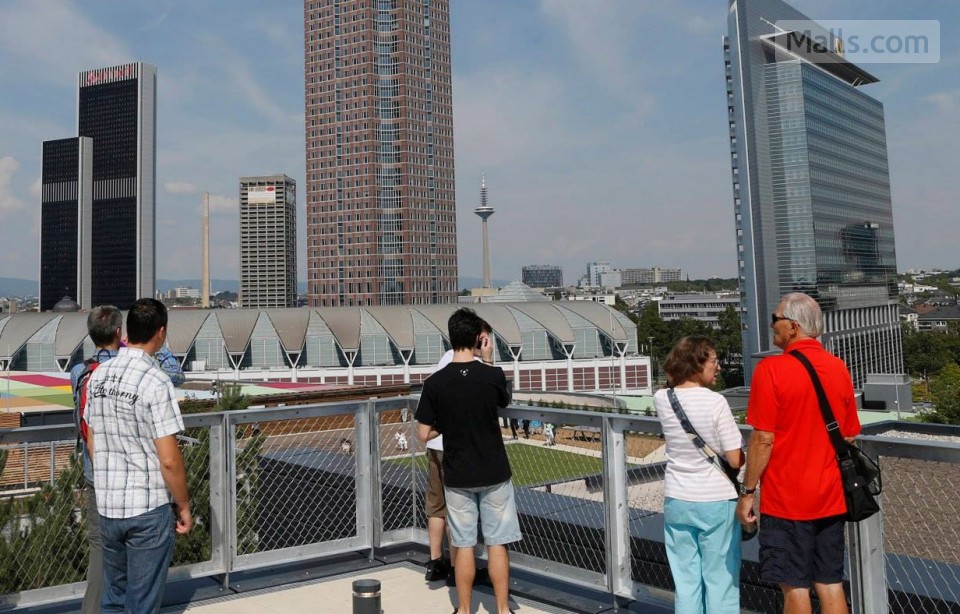 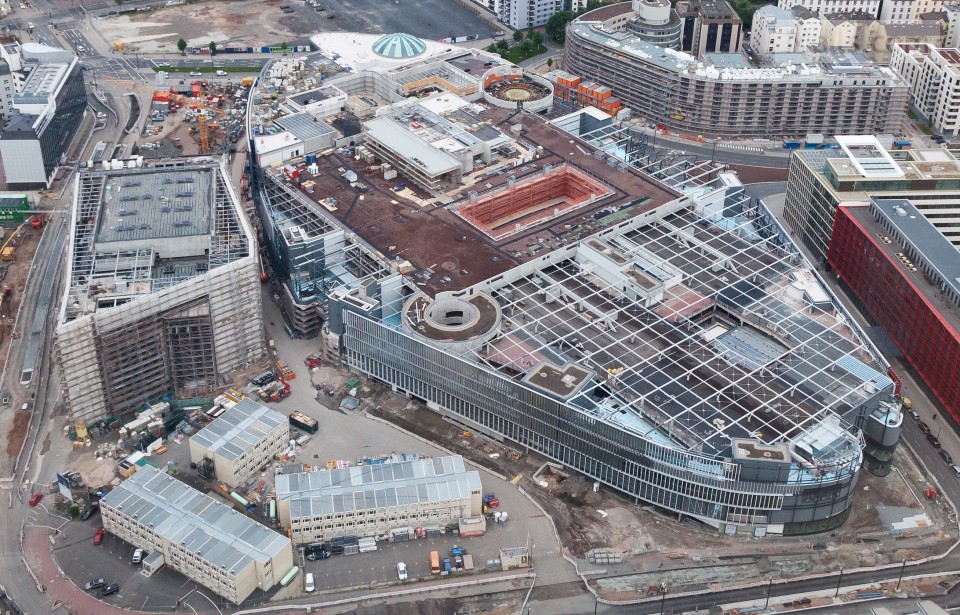