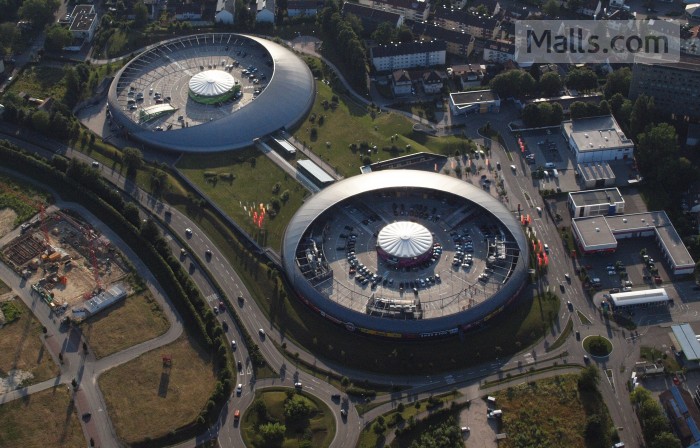 PRO-INFORMATION
EDIT TEXT
The "Shopping Cité" center in Baden-Baden was opened in 2006. Around 3.5 million people per year visit the shopping center with its remarkably futuristic architecture. Anchor tenants include EDEKA (Scheck-Berger), Media Markt, C&A and H&M. The other services on offer in the center's 40 shops include brands such as Jack&Jones, Vero Moda, Camp David, S. Oliver and Depot. A Starbucks café also recently opened. There are more than 800 parking spaces available for visitors.

The mall is conveniently located near the train station. The mall has it's own bus stop "Shopping Cité" served by bus line 205.

The shopping centre "Shopping Cité“ in Baden-Baden presents a modern and futuristic face.  Two round parts of the building, both with a radius of 65 metres and connected to each other via a passage, give the shopping centre its extravagant character. The two round buildings that are harmoniously embedded in the site give the impression that UFOs have just landed on earth. The structure’s outer skin is covered by approximately 13,000 square metres of curved and tapered Kalzip aluminium standing seam sheets. 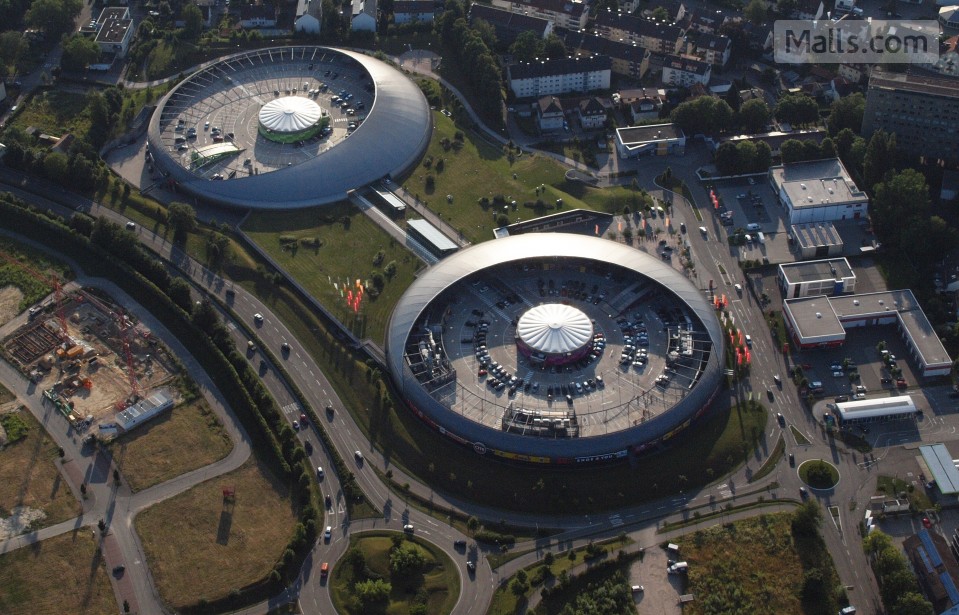 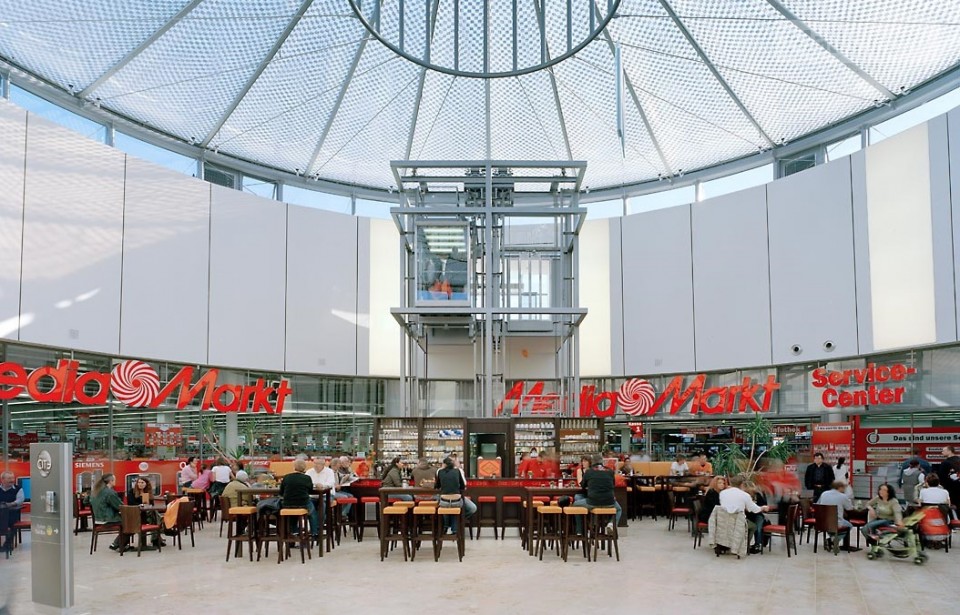