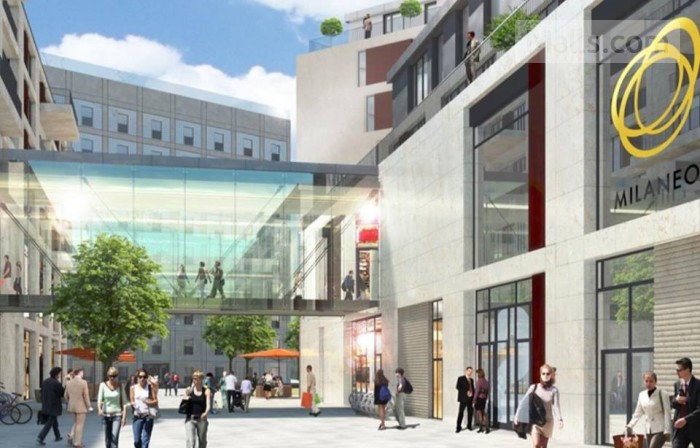 MAPIC Awards 2015 finalists announced
The competition aims to reward the most dynamic retailers and shopping centres in terms of innovation and creativity in 2015. 23 October 2015 ALL PUBLICATIONS
Milaneo opened successfully in Stuttgart
Milaneo in Stuttgart has opened its doors to visitors six months ahead of schedule.       22 October 2014 ALL PUBLICATIONS

PRO-INFORMATION
EDIT TEXT
The Milaneo is mix development use project in Stuttgart. The main component of the project is a shopping center with approximately 43,000 square feet of retail space, which opened on 9 October 2014. By summer 2015, a hotel with 165 rooms, 415 apartments, and office areas with a gross floor area of 7,400 m² will be constructed on the floors above the center.

The center comprises 200 specialist stores, 90 of which have come to Stuttgart for the first time.

Strong brands and labels from the fashion sector premiered in the capital of the federal state of Baden-Württemberg, such as Primark, Liebeskind, Hunkemöller, Replay, Sergent Major, Reserved, Calzedonia, Calida, Triumph, the international menswear brand Digel as well as the Inditex labels Zara Home, Pull & Bear, and Bershka.

More than 30 food retailers and more than 1,000 seats ensure that the centre’s food court offers the largest variety of restaurants in Stuttgart.
The retail space and the underground parking garage were developed and realized by a partnership of ECE and STRABAG Real Estate.
In 2013, Milaneo was awarded the prestigious “MIPIM Award” as “Best Futura Mega Project” on the real estate show in Cannes.

Approximately 2.9 million inhabitants live in the catchment area of Milaneo who can reach the center, which is located at Wolframstrasse/Heilbronner
Strasse, conveniently by car of public transport. The center can be reached directly with five subway lines via the station “Stadtbibliothek”.

The new subway station “Budapester Platz” for subway line U12 opposite the center is still under construction and is expected to be operational in 2016. Furthermore, Milaneo is only a few minutes' walk away from Stuttgart Central Station and the inner city. An information board in the shopping center provides the departure times of the subway trains in real time.

The shopping center features two playgrounds, a traditional area with playground equipment and climbing frames made of wood, and a modern, 4 interactive playground. The LED floor can be used as an animated playing field on which kids can solve tasks using their movements. The facade consists mainly of a light and bright limestone with a diverse surface treatment and varying appearance. As an addition to the natural 5 stone surfaces, wood look panels and mullion and transom glass facades complement the overall appearance. The center of Milaneo consists of an 18 meter high and lavish room with a dome diameter of 18 meters and integrated pavilions of varying height with accessible terraces.

RKW Rhode Kellermann Wawrowsky Architektur + Städtebau from Düsseldorf designed three independent buildings for Milaneo which are connected by bridges on the second floor. The sales area in the basement stretches over all three construction areas. The sales areas on the first floor are accessible via the open square level. Vibrant squares and alleys were created between each building. The individual interior design of the buildings helps visitors to find their way around the center and facilitates
diversity and a high quality of stay.
On the floors above the shopping center, the complex is separated into 17 individual buildings grouped around three greened patios. The hotel is being constructed at Heilbronner Strasse. The office building is also located at Heilbronner Strasse, parallel to Wolframstrasse. The central Mailänder Platz square supplements the ensemble with green areas, outside restaurants as well as a water area. The quarter will be the urban center of the district and – as a vibrant market place and a meeting place for residents, library visitors, and tourists – a space for cultural and sports events.

23 October 2015:
MAPIC Awards 2015 finalists announced
The competition aims to reward the most dynamic retailers and shopping centres in terms of innovation and creativity in 2015.
22 October 2014:
Milaneo opened successfully in Stuttgart
Milaneo in Stuttgart has opened its doors to visitors six months ahead of schedule. 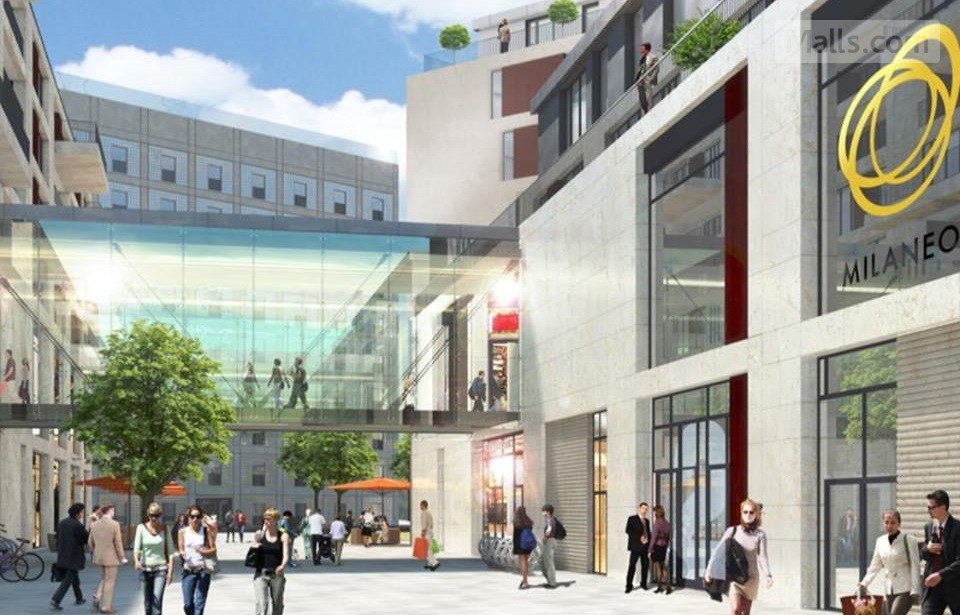 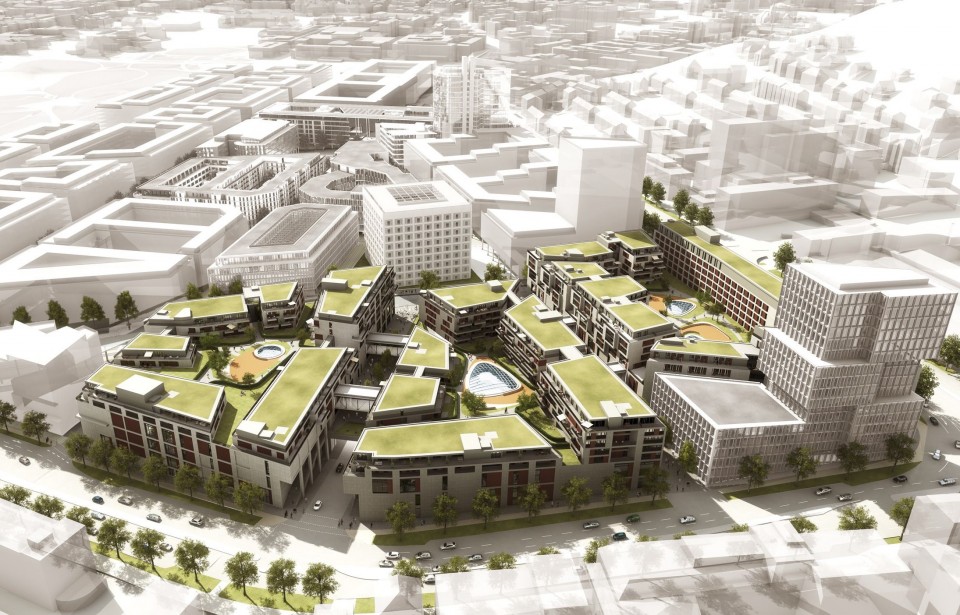 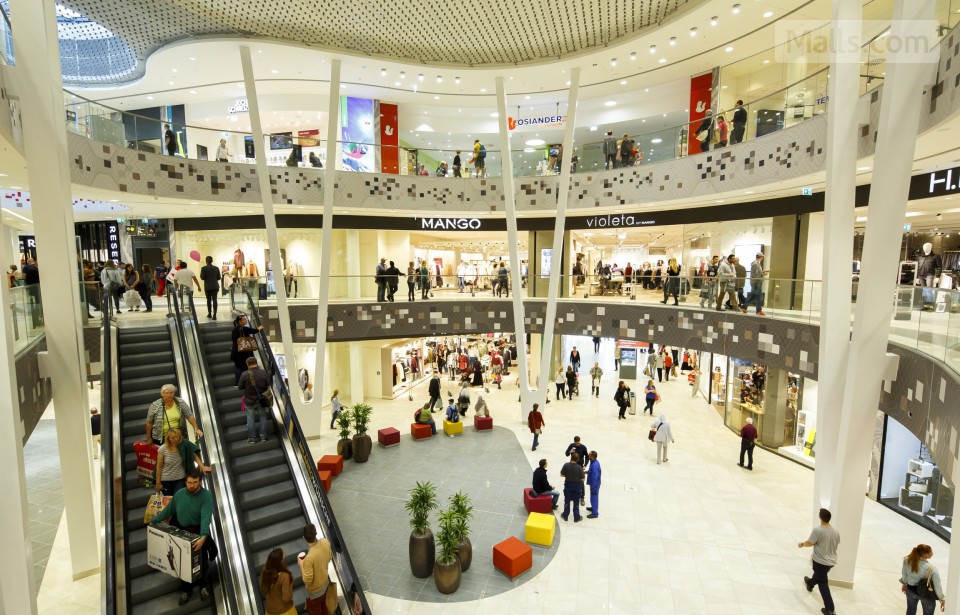 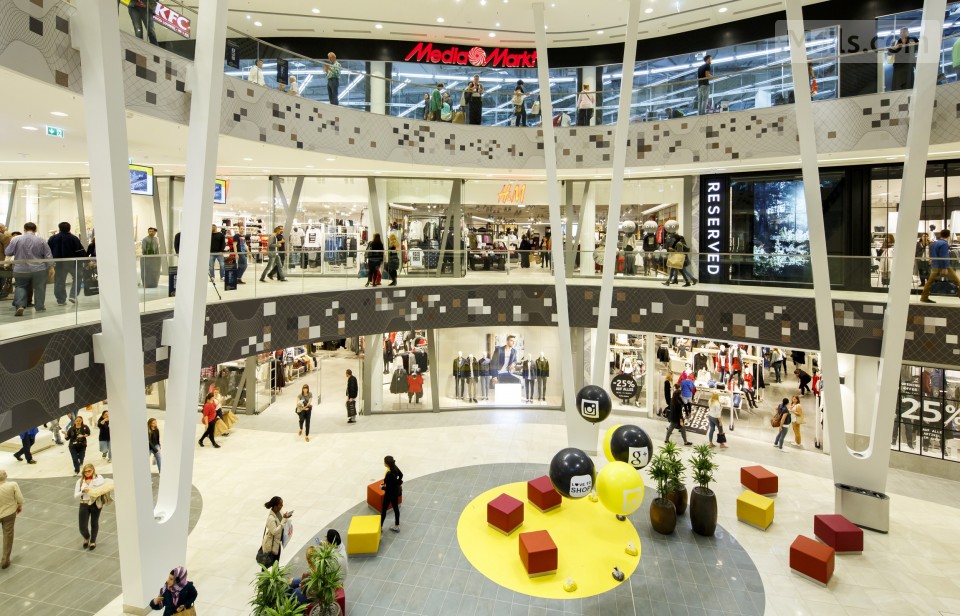 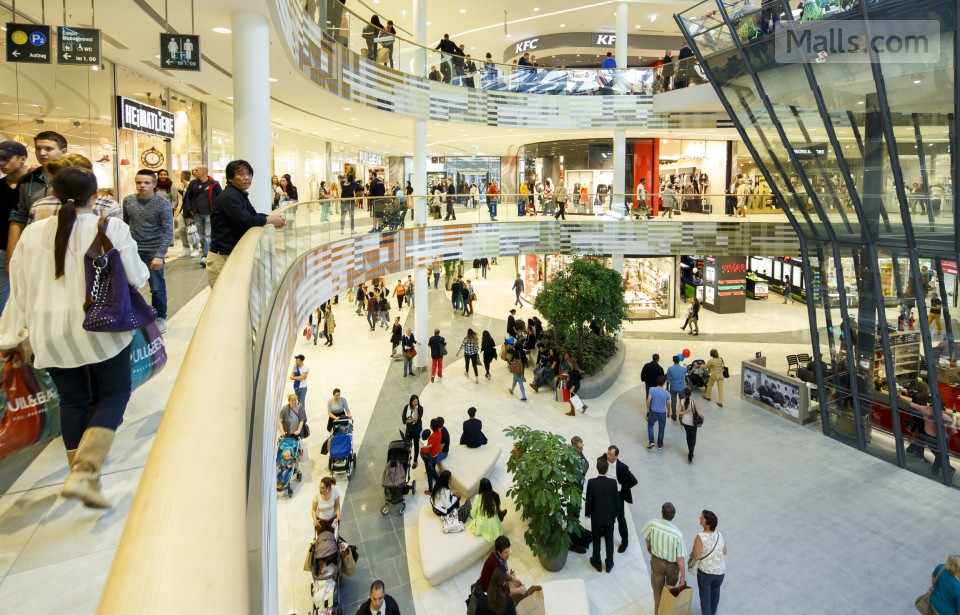 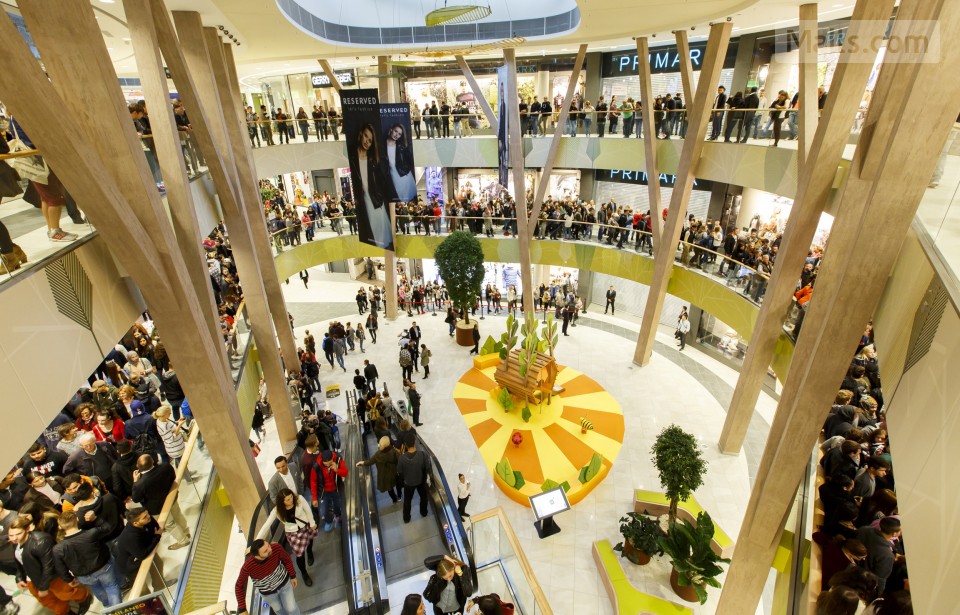 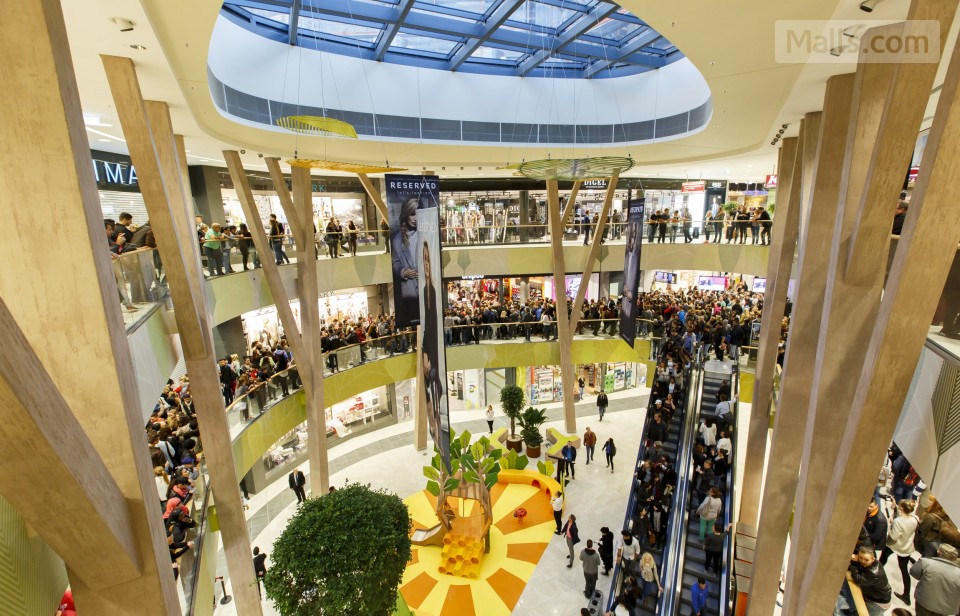 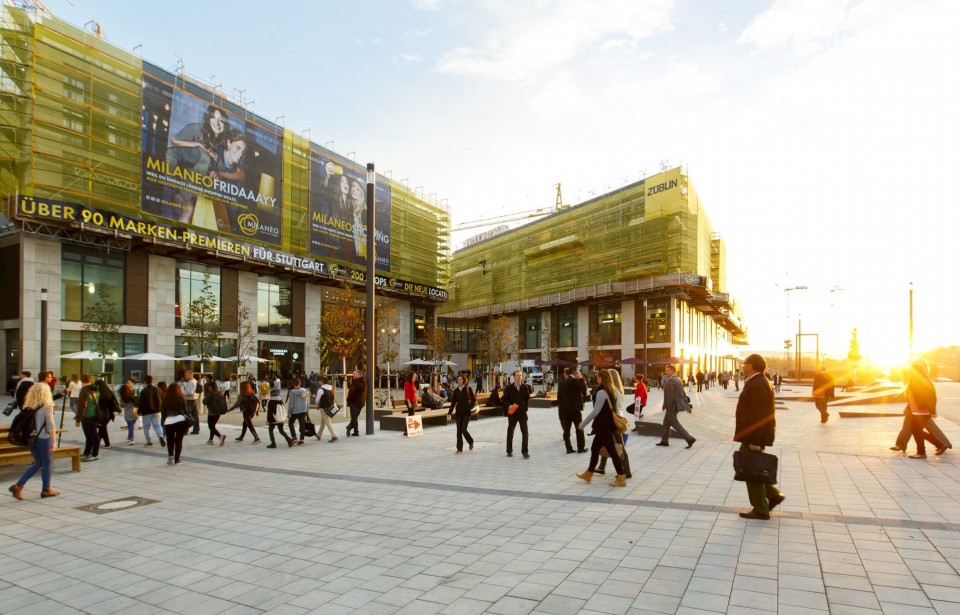 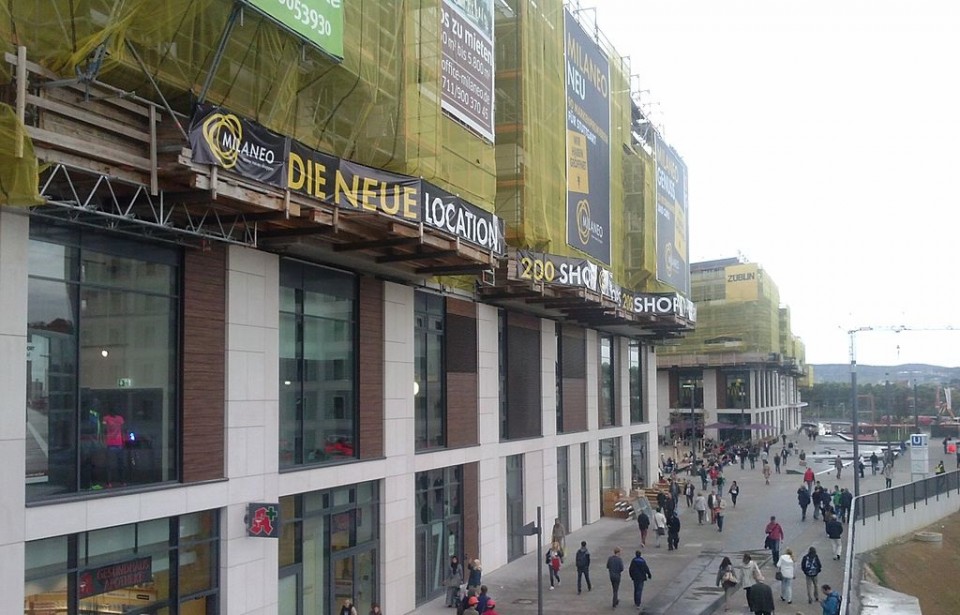 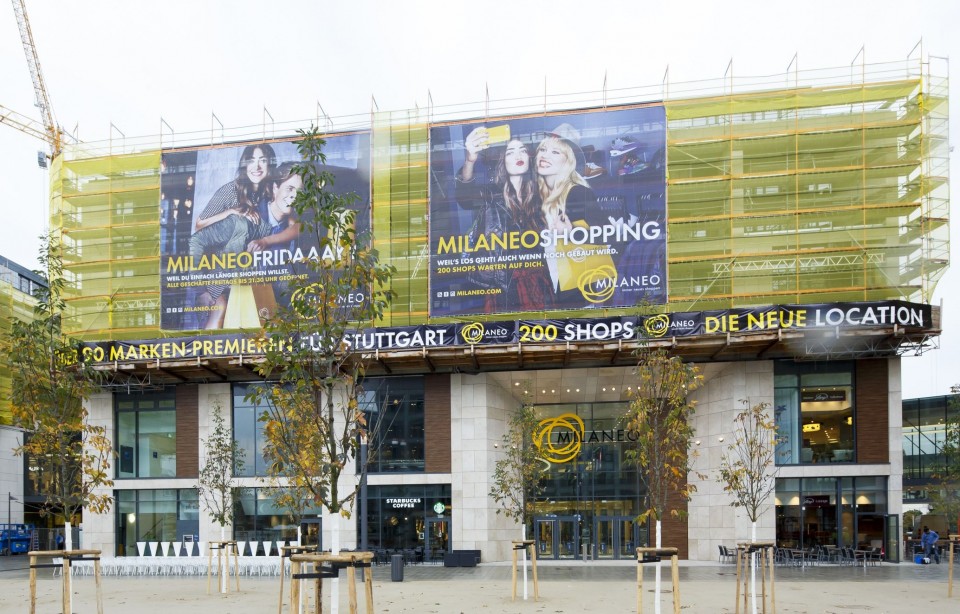