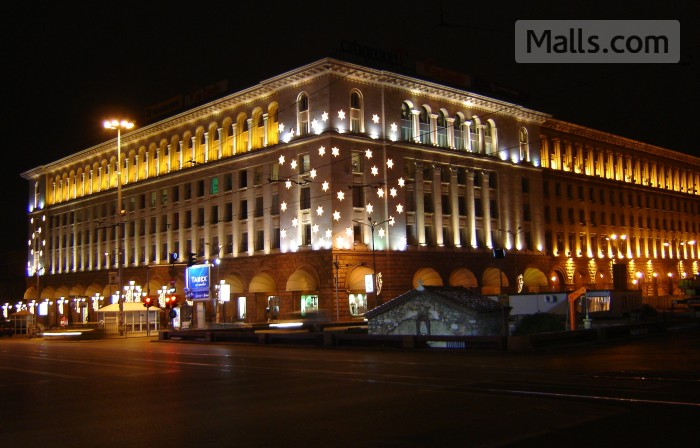 BUSINESS CONTACTS
EDIT TEXT
TZUM-Sofia is an upmarket department store in the centre of Sofia, officially opened in 1957 and situated in a monumental edifice (part of The Largo complex) on one of the city's main boulevards.

TZUM was officially opened with a ceremony in 1957. The edifice was designed by architect Kosta Nikolov and has an area of 20,570 m². It features a covered inner yard taking up the centre of five of the building's seven floors.

TZUM underwent major reconstruction in 1986 under the direction of architect Atanas Nikolov. Two years later, 120,000 people daily went through the store, which sold 123,000 items a day. After the democratic changes in 1989, the store remained public property until sold to the English company Regent Pacific Group, now known as Charlemagne Capital, for the price of 30.003 million DM (about €15 million). During the time, TZUM was transformed to become a place for expensive boutiques rather than a store for the people, with the daily number of customers falling to 7,000. Another reconstruction followed in 1999–2000 and Plovdiv businessman Georgi Gergov acquired TZUM on 19 October 2004.

As of 2005, world brands like Laura Ashley, Timberland, Nautica, FILA, Fred Perry, MEXX, Tommy Hilfiger, Swarovski, Miss Sixty, Bagatt, Altınbaş and Rossignol have stores in TZUM. The rent levels are one of the highest in Bulgaria, only competing with the neighbouring Vitosha Boulevard. According to the manager Tsvetomir Gergov, 12,000 people visit the store per day. 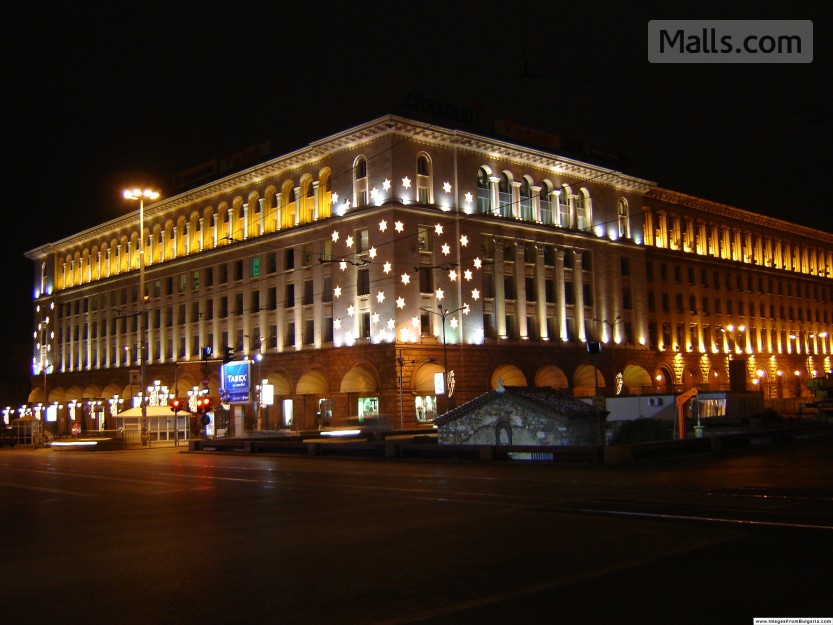