Top 100 Most Beloved Brands by Millenials


A new version of the "Top 100 Millennial Brands 2019" rating of popular brands has been released. 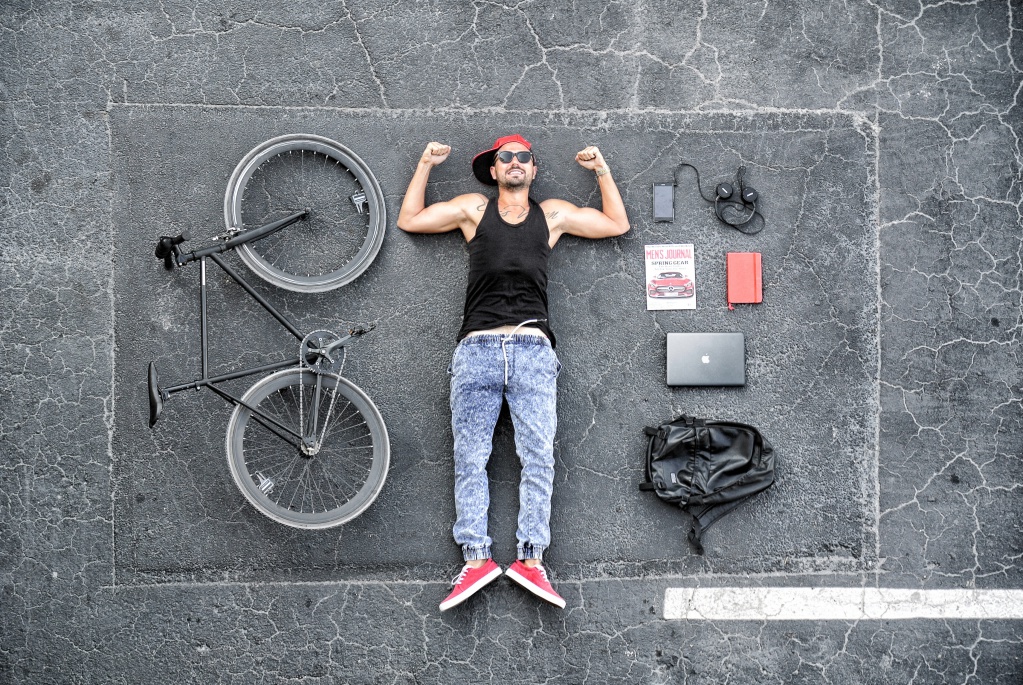 Agency Moosylvania has presented a new version of the rating of the most popular brands among millennials, which is published since 2013. This year, representatives of Generation Y turned 19 to 39 years old, and the rating "Top 100 Millennial Brands 2019" for the first time was headed by Internet giant Amazon Jeff Bezos, who last year took only the 4th place.

Steadily progressing Walmart, over the past seven years rose from 14th to 4th place in the ranking for 2019. The authors of the study note another fact: a private brand Walmart - Great Value - for the first time in history was in the top 100, ranking 98th place.

As for the leaders, the second place in the rating this year was taken by Apple brand, which retains the status of the most expensive in the world, according to Forbes. The top three are followed by the most popular Nike brand among sports brands. The fifth was one of the largest American retailers, Target, following Walmart.

Further, in the ranking of the most favorite brands among millennials are Samsung and Google. Adidas, the second-largest producer of snickers, took the 8th place. Eternal competitors Coca-Cola and Pepsi closed the top 10, according to Moosylvania.  Starbucks took 15th place among the most reliable brands for the Gen Y, and the best of the car brands Toyota was ranked 18th.

The leader among fast food brands is expected to be McDonald's (22nd place), one construction site ahead of Victoria's Secret. The best among content producers was Marvel - 34th place, the manufacturer of electric cars Tesla took 36th place, media service Netflix - 38th place, and the most popular among luxury brands Gucci - 39th. It is noteworthy that Facebook was the only one among the ten most expensive brands in the world that was not included in the list. 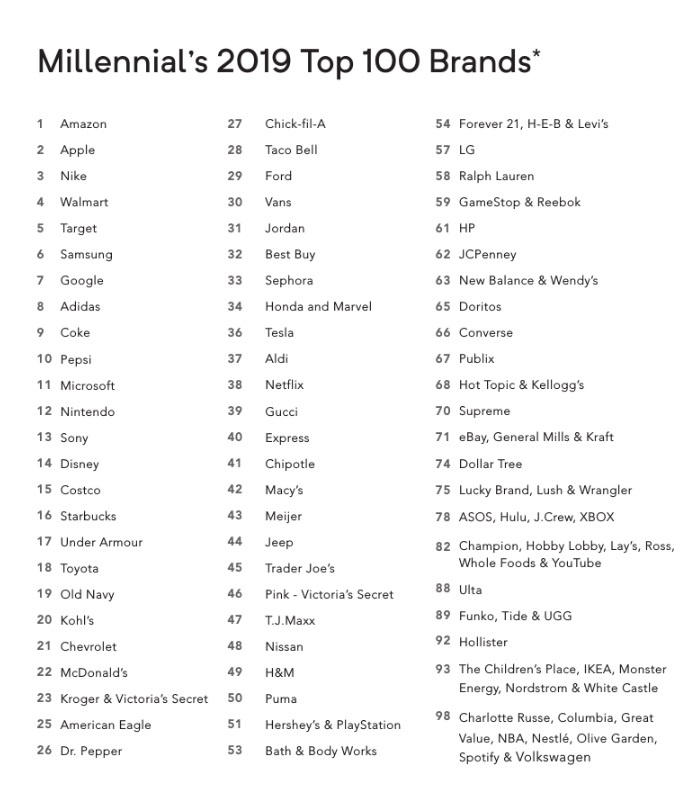 Rating "Top 100 Millennial Brands 2019" was based on a survey of 1000 consumers aged 19 to 39 years. According to the survey rules, each respondent had to name three favorite brands. The most significant representations in the rating were given to manufacturers of consumer electronics and digital electronics, fashion brands, and car brands.