Click here to subscribe to Malls.Com's weekly email newsletter for free
Saks Fifth Avenue, Saks Fifth Avenue OFF 5th, and Lord & Taylor have all signed on to the project, according to a press release issued jointly by Triple Five, the developers of the mall, and Hudson’s Bay Company, the retail business group that owns and operates all three brands.

The Saks Fifth Avenue store will be 131,906 square feet and the Lord & Taylor shop will be 119,605 square feet. The stores will be located in “The Collections,” a high-end section of the mall. The 30,000-square-foot OFF 5th store will be located on the third level’s “off-price district.” It is the first time Hudson’s Bay has housed all three of its U.S. banners in one location.

Saks Fifth Avenue and Lord & Taylor were both among the names listed earlier in a brochure detailing stores slated to open in the mall, according to a report on nj.com late last year. The brochure, distributed at the International Council of Shopping Centers’ annual retail convention in the Jacob Javits Convention Center, also listed Victoria’s Secret and The Gap as brands planning to open retail shops in the mall. 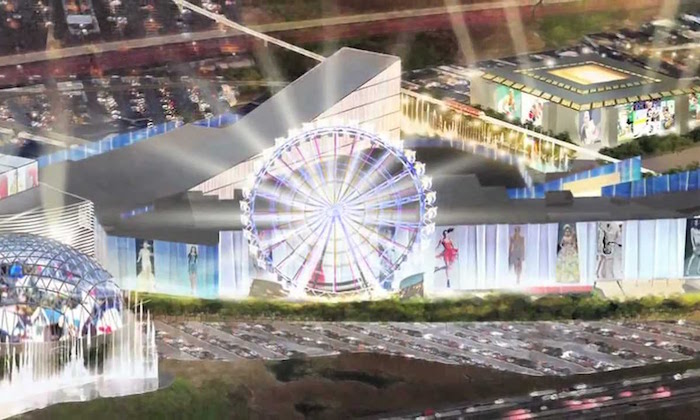 Among the other attractions planned for the American Dream facility are an indoor water park, an amusement park, an aquarium, Imax theaters, and a permanent Cirque du Soleil theater.

According to recent reports the opening of the complex has been pushed back from the 2016 holiday season to the summer of 2017.