The famous shopping mall will become part of the Google campus


Work on the transformation of the famed Westside Pavilion mall in Los Angeles is well underway. 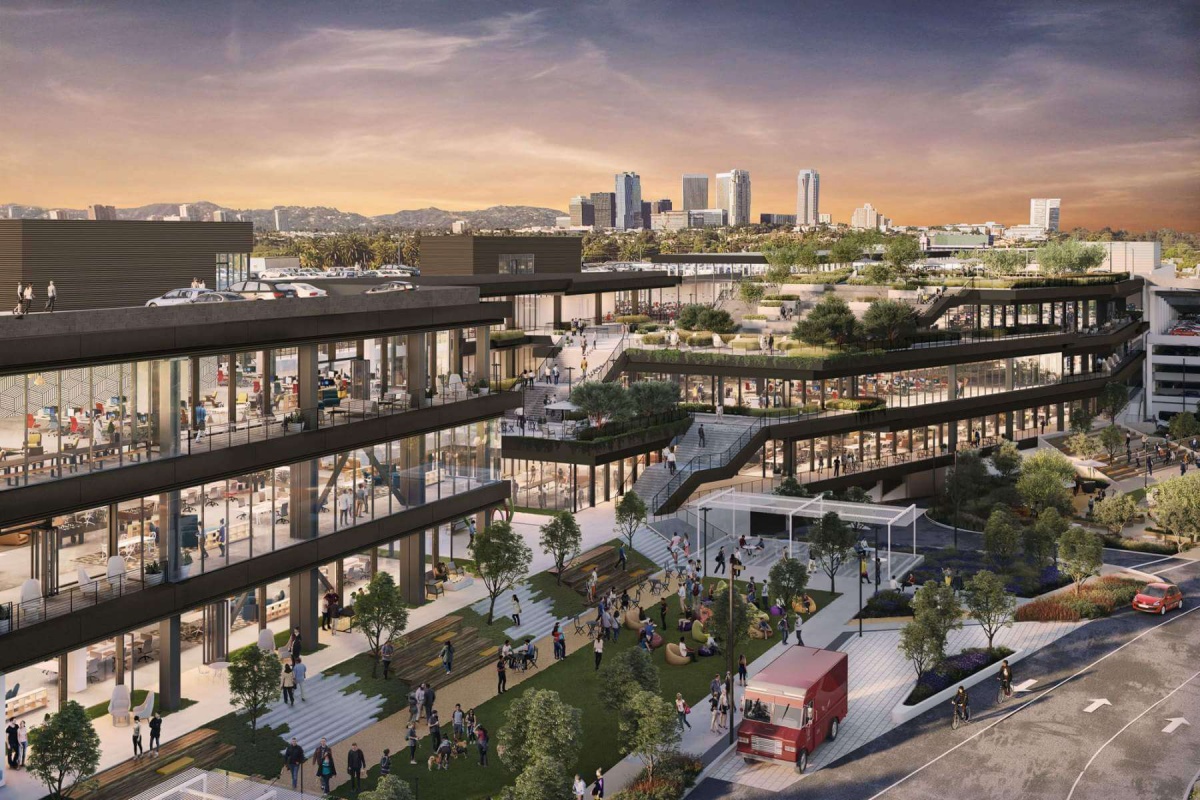 Real estate investment trust Hudson Pacific Properties continues to work diligently on the redevelopment of the former Westside Pavilion shopping center, located on the southeast corner of Pico and Westwood Boulevards in Los Angeles, California. The result will be an office campus for Google. The cost of converting the former mall into an office building is reportedly an impressive $475 million. All work is expected to be completed by 2022.

The former shopping center will change its name to One Westside and become part of Google's office space. The tech giant will become the sole tenant of the new office space - this was revealed back in 2019 when work on the mall's transformation had just started. It is not the first time that the famous IT company rents office space in converted historic buildings. And amid a noticeable decline in consumer interest in malls, likely, many of them will eventually be transformed similarly.

The future campus will cover more than 54,000 square feet, including office space, parking, and open spaces connected by staircases. Work to convert the mall into office buildings began in 2019, and the project has since undergone some changes. The original plan was to clad the outside of the building with light panels, which dark panels have now been replaced.

However, it was decided to keep some areas of the former mall as retail spaces. It is about a detached 3-story building with a total area of about 9,000 square meters, which will house stores, a movie theater, and a restaurant. It will be connected to One Westside through a series of enclosed pedestrian bridges.

The history of Westside Pavilion Shopping Center began in 1985. Originally this 3-story building housed 70 stores, but when some of the space was turned over to office buildings, the number of outlets was reduced to 54. The mall, designed by Australia's Westfield Group, stood out in its day for its unusual architecture, described as "bold," and Westside Pavilion quickly became a neighborhood landmark.

Interestingly, the public was initially against the construction of this mall, as there were fears that it would cause many traffic jams. However, this issue was resolved by the creation of additional parking, by reducing the retail space.

In 2018, a joint venture between Macerich, which owned Westside Pavilion, and the Hudson Pacific Properties investment fund became known. That's when the decision was made to convert the once-popular mall into office space for media and tech companies. In doing so, Macerich retained 25% ownership in the converted property. Hudson Pacific Properties will manage and act as the developer, while Google will be the sole tenant.