Starbucks has plans in the works to open a huge high-end Roastery in the country.

A company that has a knack for converting coffee aficionados in each market it enters into huge fans of its brand has its sights set on conquering another market. That market would be the country of Italy, and Seattle-based coffee giant Starbucks is preparing to enter in a huge way. As in massive. As the Seattle Times reports, Starbucks has plans in the works to open a huge high-end Roastery in the country by the end of 2018. 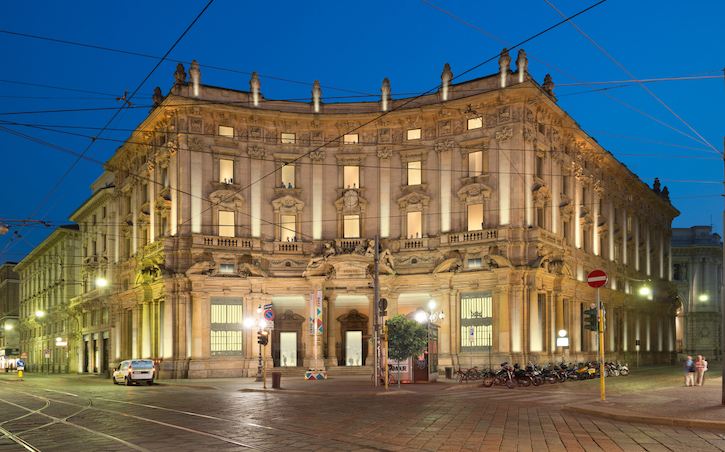 Starbucks previously announced plans for expansion into Italy, but the initial expectation was that it would be one of the company’s traditional stores. Those plans have changed in a big way, as the new game plan calls for a 25,500-square-foot store that will be modeled on its successful Roastery concept, which has opened to great fanfare in New York, Seattle, Shanghai, and Tokyo.

As you would expect with such a massive project, Starbucks is going all in. The company will locate its newest Roastery in the turn-of-the-century Palazzo Delle Poste building on Piazza Cordusio, and Starbucks hopes its first foray in the country will deliver the company’s “first quintessential experience in Italy,” as CEO Howard Schultz said during a recent conference call.

The Roastery concept viewed as a “transformative” Starbucks experience by company executives, and there may be a larger focus on expanding the line of showpiece stores. It’s estimated there could be as many as 20 to 30 of them completed in the future.

In the meantime, the focus is on the fifth showpiece in Italy. Plans call for food to be prepared on site by Italian bakery chain Princi, which Starbucks snapped up a piece of last year. Of course, Starbucks’ Reserve coffee beans will be featured prominently and roasted in the store, which will also feature various brewing methods of its signature coffees and beverages. Once the Roastery is in full swing, Starbucks will focus on opening traditional stores in Italy as well.

A quick look at the average purchase price for customers of the Seattle Roastery shows why the concept is becoming such a big part of the company’s plans. The average customer spends four times as much at the Roastery as in a traditional store, and that’s partially due to the fact that the clients linger a bit longer in the larger concept. Additionally, comparable same store sales are growing in the double digits for the idea. Add it all up, and the new Roastery in Italy will not be the last one by a long shot.

More about shopping malls in Italy