The structure above the roadway will not block the traffic in the daytime. It becomes a stage in the evening, and the audience can be seated in front of it right on the road. 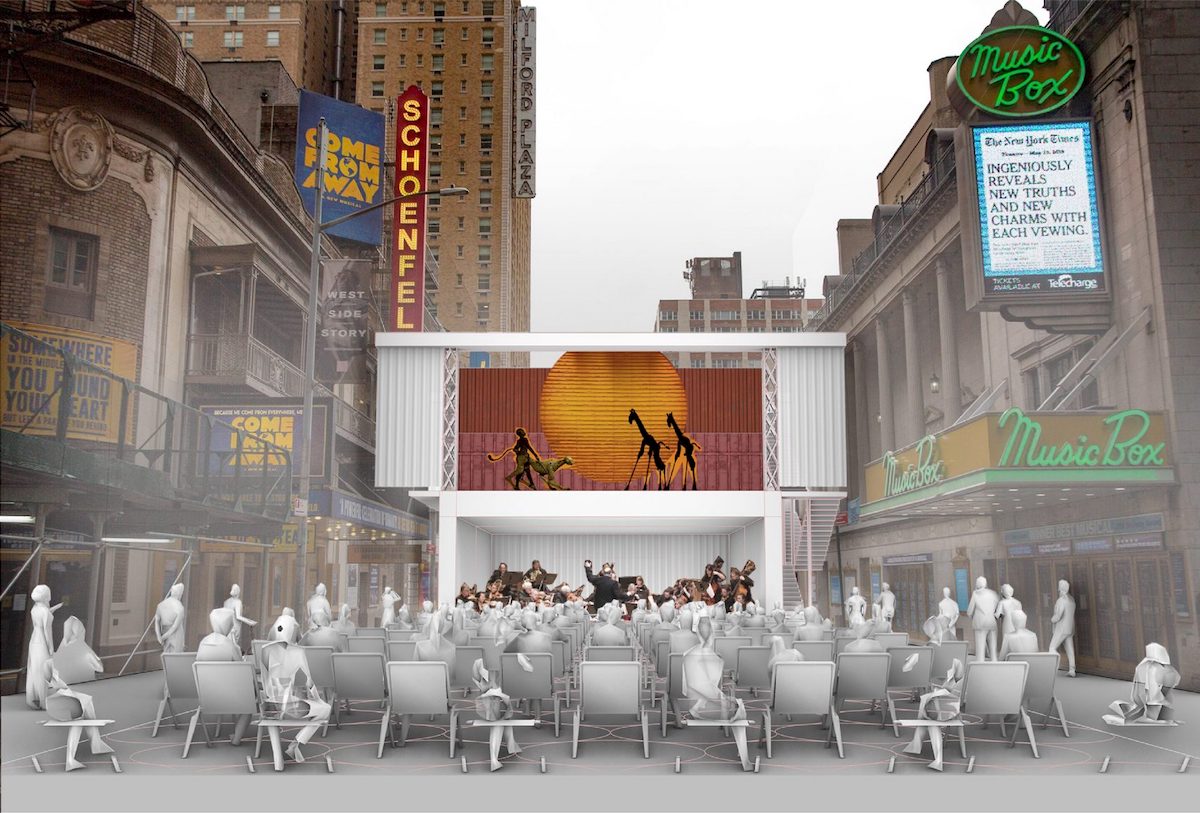 Visiting enclosed spaces with large numbers of people has become a real problem during the pandemic. Cinemas, sports halls, and shopping centers were closed, but even their opening does not promise a flow of visitors because, for a long time, people would be wary of visiting such enclosed spaces. Even today, many people prefer to visit open-air shopping centers, which are growing in popularity, and the organizers of public events are looking for ways to do so in the safest way possible, exploring the possibilities of holding events outdoors.

One prime example of this approach was the architectural company Marvel concept (not to be confused with the superhero universe's creator). The idea of open-air theaters was developed, with ordinary shipping containers serving as the basis for the structure. It is expected that many such open-air theaters will host theatrical performances in New York City during the pandemic. 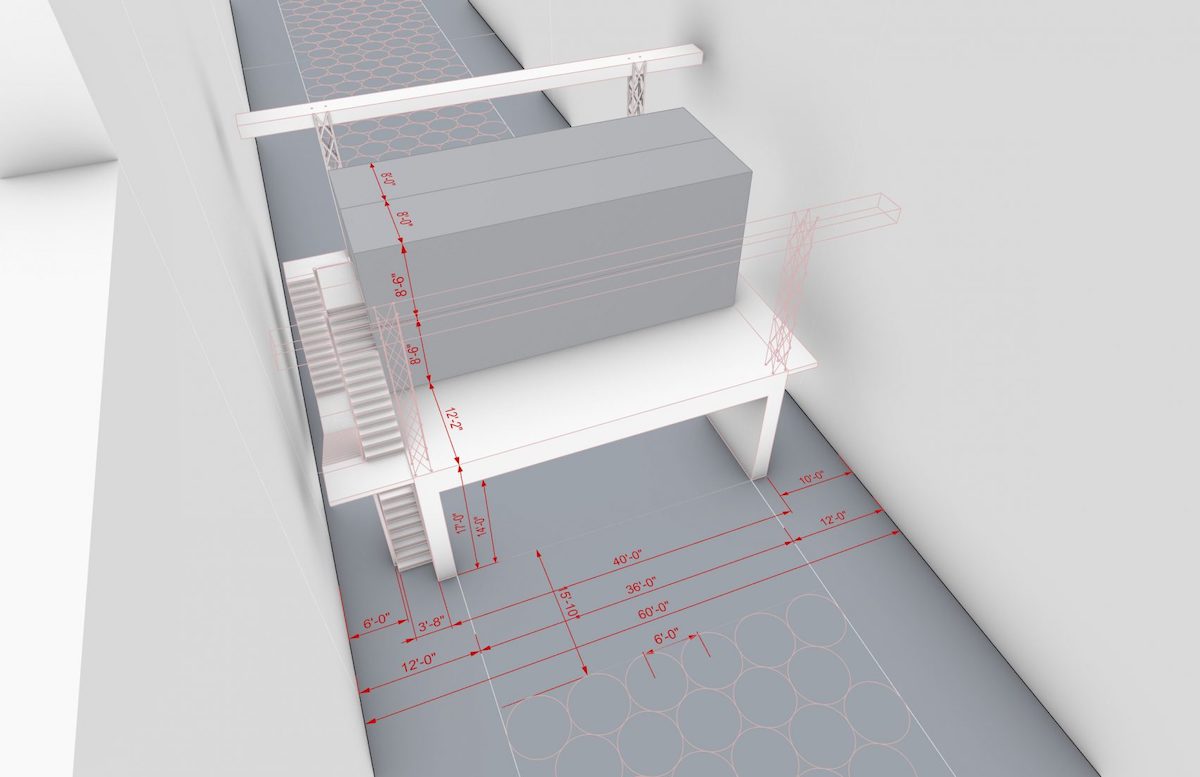 The structure can be installed directly on the street, and it will rise 12 feet (3.6 meters) above the ground and represent a kind of bridge between the two sides of the road, on which the usual shipping container is installed. In this way, you get an improvised stage into which you can build an LED screen, with stairs for the actors, technical rooms, and even a tiny lower space for the musicians. The idea is that such a stage can be erected even in a not very wide street. It will not block the passage for cars and cyclists when it is not used for its intended purpose. And the use of containers makes construction much faster and easier, as well as cheaper.

Before a performance, audience chairs can be quickly placed in front of the stage, blocking traffic for a few hours in the evening, and then just as quickly removed, again making room for cars. The seats will be arranged according to social distance norms, and given that the audience and actors will be in an open space, the risk of infection is low in such conditions.

Such an idea could be a way out for many theater companies. All Broadway theaters are closed and won't be able to open their doors until June 2021. Outdoor events are planned to support the industry, and the concept of "theater from containers" could be one option for this. Perhaps this and other similar ideas can help the entertainment industry and give an impetus to developing different areas, including suggesting non-standard concepts for developing retail spaces in the era of the new reality.