Plans for new stores have been put on the backburner by Sainsbury’s, a change in their plans that they say have had an effect on the supermarket chain’s balance sheet.

Click here to subscribe to Malls.Com's weekly email newsletter for free
The firm has taken a total of £633 million ($996 million) in one off charges in the last 6 months. Out of that figure, £287 million ($451 million) is related to the changes in the plans for new stores, with a number of sites no longer to be developed. The majority of the remaining figure relates to existing supermarkets that are unprofitable or only marginally profitable.

Sainsbury’s reported a half yearly loss £290 million ($456 million) before taxes. According to their own figures, like for like sales fell by 2.1% during the 6 months covered by this period. 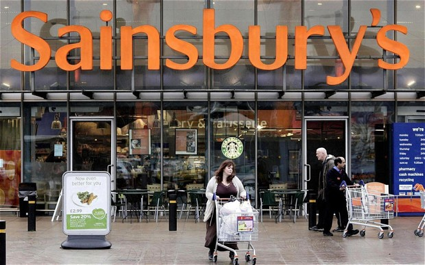 Mike Coupe is the Chief Executive of the supermarket chain and said in a radio interview with the BBC that they expect the next couple of years to be “extremely challenging” for the industry. He stated that the truth of the matter is that they are seeing deflation for the first time in about a decade.

Mr. Coupe’s reasoning behind the charges is that since they aren’t going to build so many new, big supermarkets as planned then the land “becomes less valuable”. It has been reported by the BBC that around 40 proposed supermarket developments will now be shelved in different parts of the UK.

Changes in Shopping Habits
The changes in people’s shopping habits was also noted as a factor in decreased sales at the company’s stores. Sainsbury’s admitted that shoppers were now more likely to shop more frequently but using online stores, convenience stores and discount retail chains.

However, the company has “robust plans” to face up this challenging situation. Among their ideas for increasing customer sales again is a scheme that will involve them investing around £150 million ($236 million) in price cuts on their goods.  The UK’s supermarkets have already entered into a tough price war that has seen chains such as Aldi, Asda and Lidl grab part of Sainsbury’s’ market share.