Click here to subscribe to Malls.Com's weekly email newsletter for free
The international developer, builder, and operator of large-scale retail real estate based in Austria is showing the latest trends in the fields of retail and shopping. The company currently operates 30 shopping centers in six European countries.

Citing audacious growth in the face of rising influence of online and mobile retail, Marcus Wild, the CEO of SES maintains that, “Shopping centers have not lost their attractiveness.” In his enlightened opinion, these centers serve as the bridge linking brick-and-mortar and online offers. To ensure top performance, emphasis is placed on architecture and aesthetics, quality of stay, ensuring everything is state of the art, and sustainability.

Venturing into five new projects running concurrently is a clear explication of the opus of SES, which is to maintain fast-paced growth of existing centers whilst embarking on speedy expansion projects. To this end, of the five developments, four are purely SES developments in Austria, Italy, and Slovenia. SES will channels its vast knowledge of the retail and shopping into the management of the fifth center in Croatia.

In depth, the stated goal of SES is to bolster the spread of inner-city locations, and to update existing sites regularly to meet ever-changing modern demands. These underscore SES primary drive to epitomize each center created as a unique urban space.

In an industrial area south of Bolzano, the South Tyrolean capital, SES embarks on an ambitious shopping center project that seeks to convert a highly successful Interspar market into an exquisite modern shopping mall with breathtaking modern architecture, a vibrant atmosphere, and expansive parking spaces. For a long time, the Interspar market has recorded some of Northern Italy’s highest turnover rate: many thanks to its buoyant connection to the nearby city center and well-established accessibility by public transport.

Going forward, the modernization of the Interspar space should prove to be a major catalyst for growth. This growth will no doubt be spurred by its direct connectivity with the Brenner highway—unarguably the most significant north-south road network through South Tyrol. The surrounding area is also a famous tourism stretch that extends far beyond the city limits, which will also contribute to the expected surge in patronage. Worth noting is that Bolzano is historically a central meeting point between the Italian and Austrian economies as well as one of the most important cultural and economic centers in the Alps.


Shopping center SISKA in Laibach in 2018

The SISKA district is situated northwest of the Slovenian capital city. The shopping center unilaterally developed, to be executed, and to be managed by SES will be completed in several phases, with a timeline that would end in 2018/2019. When completed, the total leasable area of the development will be 32,000 square meters: spliced into a brand new Interspar hypermarket and about 90 shops, service providers, and restaurants. Accessibility to the Shopping Center is top-notch citing it being directly located on the H3 city highway. 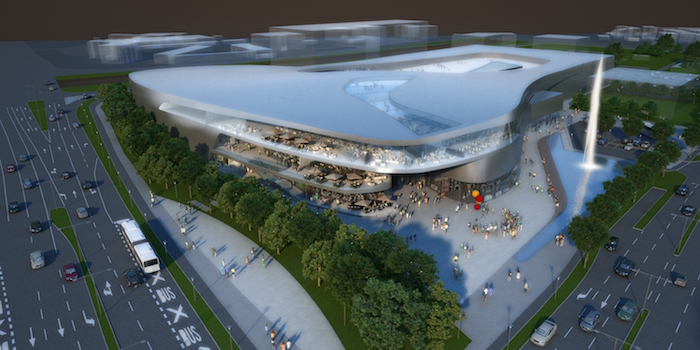 Seestadt Aspern project: joint venture with the City of Vienna

The City of Vienna is spearheading one of the largest urban development projects in Europe—Vienna’s new “SEESTADT.” SES is a leading partner in this project with encompassing design, execution, and management of a shopping street within the local shopping area.

The project is multi-phased, and the first stage has been completed with the kick-off of 13 new shop openings in the summer of 2015. The second phase—the SEEPARKQUARTIER—is ongoing at the moment. The scope of operation of the SES in this project is to provide the know-how on the usage concept, commercialization of the space, and subsequent operation/management.

The concept of this development is to be used as a city quarter that can be inhabited and explored. Situated in the heart of the capital of Vorarlberg, it lies excitingly close to Lake Constance, and has the completion date pegged at 2017. The interesting attributes of this project dual-faceted. It is strategically connected to first, the pedestrian zone, and secondly, to the festival area: thus enlivening the prospects of seeing sustained business and growth.
In executing this project, SES collaborates with PRISMA in a joint venture setting. The peculiar role of the SES is to infuse its wealth of knowledge of retail and organization in dictating the sector and tenant mix. In addition, SES will also be responsible for marketing the commercial areas and managing/maintaining the retail center.
As leasing activity picks up in the development, the quick snap-up of three whole floors by clothing giant, Zara, firmly pinning itself as a major fashion brand in the region, does portend of success in the horizon.

In 2015, SES assumed managerial role of the Mall of Split. Located in Dalmatia, it is situated in the coastal town’s most vibrant hubs. The Mall of Split is the town’s most modern shopping center with a massive leasable area of over 60,000 square meters, easily edging itself to the top of the list of SES’s management portfolio. The Shopping Center is home to over 200 retailers, service outlets, and restaurants; sprawled on three sales levels.

The region served by the mall is an affluent tourist destination, and the shop mix is both a poster-child on the emphasis on brand diversity and improved shopping experience. The center offers 2,300 well-spaced parking spaces on two underground parking levels, another parking area on the rooftop, and an entertainment area. Excellent accessibility is not in question: the Mall of Split may be accessed via 11 bust routes and enjoys easy access to the A1 highway. The city center is only a 10 minute drive from the Mall. 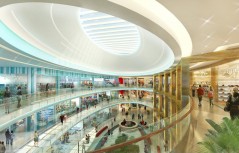