The first phase of the $20 million project is slated to kick off this month.

Click here to subscribe to Malls.Com's weekly email newsletter for free
The Suburban Square shopping center was considered to be ahead of the times when it was constructed way back in 1928, and a massive expansion and renovation project is set to get underway that will help bring the shopping center into the modern age. According to Mainline Media News, the first phase of the $20 million project is slated to kick off this month.

As Nina Rogers, senior director of real estate for center owner Kimco Realty, explains it, the end result will be “more options” for visitors to the shopping center, and more specifically, “more dining, more shopping, more parking.” First up is the addition of a 625-vehicle parking garage, and an expansion of the Trader Joe’s on site, which will increase its footprint by nearly 50%. 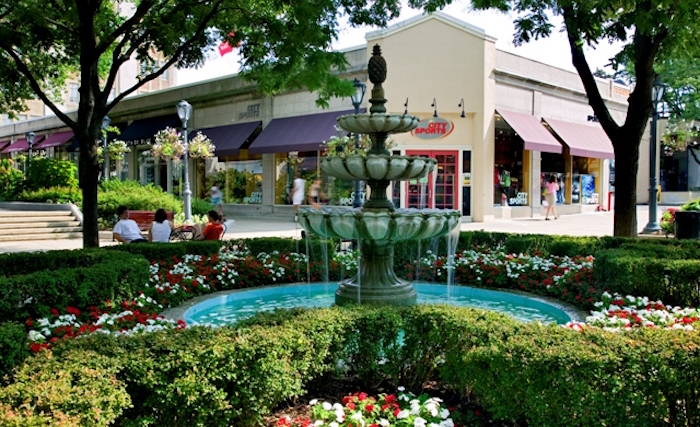 Trader Joe’s will add roughly 4,000 square feet, which will allow the store to “offer a full variety,” as Rogers explains it. The store is already a traffic driver for Suburban Square, but it’s slightly smaller than a typical Trader Joe’s location. The expansion should be a big boon for the shopping center, and for regular patrons of the store itself.

On the retail side, Station Row is expected to attract a mix of international, national and local retailers, as well as boutique spaces. Rogers explains that “concepts you don’t find a lot on the market” today will help to create what she refers to as an “a beautiful Main Street experience” that “enhances everything.”

Also on tap is a new public plaza that will include outdoor seating for a restaurant tenant. Another smaller plaza is planned for another side of the building, and that will also include outdoor seating for a food purveyor. Add it all up, and this center that’s approaching its 90th anniversary is positioning itself for continued success. In today’s knock it down and re-imagine it the world, this is another approach to model for center owners that have properties in need of a facelift.