The expansion plans for the King of Prussia Mall are multifaceted, massive and complicated. 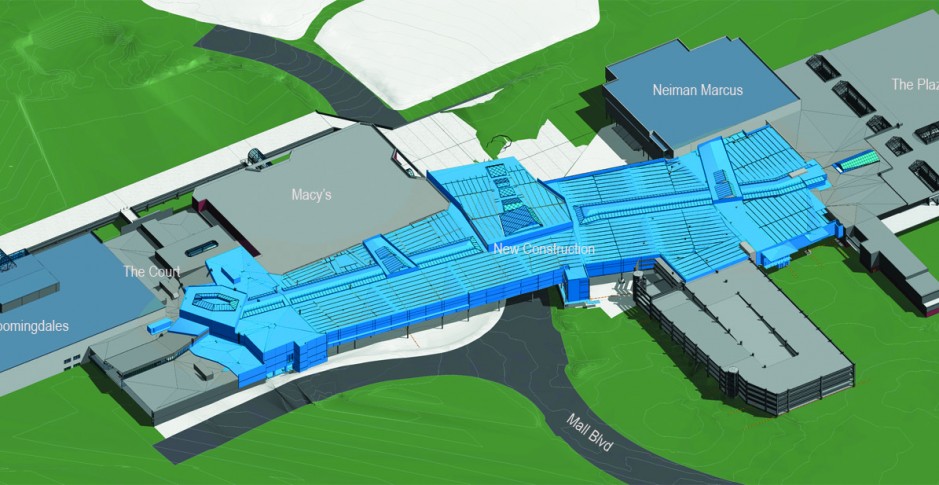 There are constantly 150 to 180 construction personnel on the site.  Of these, 20 hail from IMC Construction, the group hired by Simon Property Group to manage the project.  To date, around 500 personnel have been registered to work on this site, but they are not normally all on site at the same time, as some complete a particular task and then move on to another job.  Once the time comes to complete the interior, a further 400 to 500 workers will be based on the site.

A large job being undertaken is the dismantling of the large parking deck placed between the Plaza and the Court.  There are 1200 precast concrete slabs, around 4000 cubic yards of concrete and 800 double-tee concrete planks to be crushed and recycled.

Construction workers drilled down one thousand micropiles as support for the foundation for the new addition and parking deck.  Around 4300 tons of steel will ultimately be utilized for the new structure and the connection of the two sections of the mall.  The area around that section of Upper Merion is prone to sinkholes and thus far 14 have been found.

Work officially commenced during November on the expansion valued at $150m.  The size of the expansion is 155000ft² and will increase the mall size to 2.8 million square feet.  The mall will remain in operation during the redevelopment phase. 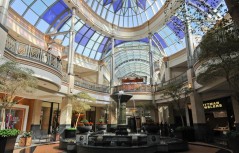