Shopping center owners based in Perth are in expansion mode after going through four years of approvals and planning since the lifting of retail floor space caps.

Click here to subscribe to Malls.Com's weekly email newsletter for free
The latest ones to cross the line are Lend Lease and AMP Capital Shopping Centers.

AMP Capital is set to open its Ocean Keys Shopping Center in Clarkson tomorrow after spending $108m on expansions.  Later this month Lend Lease is due to complete its two-phase $300m expansion at Lakeside Joondalup Shopping City.  The first new Myer store to be opened in Perth in 20 years will be based here. 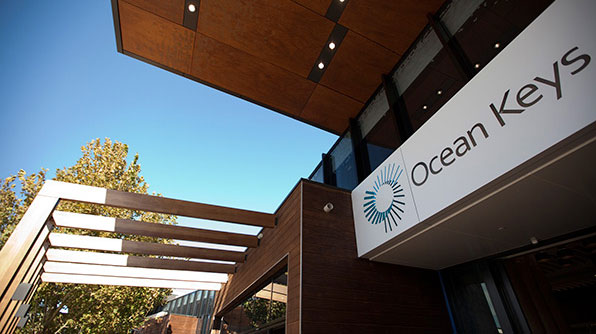 Early next year the AMP’s Garden City Booragoon development application of $750m is due.  The Scentre Group is going through the planning process as it recently lodged a development proposal for public comment with the City of Canning for Carousel Shopping Center.

During last month, Federation Centers completed its 8967sqm Warnbro Center expansion, and the $100m expansion at Cockburn Gateway Shopping City was opened by the Perron Group. During 2010, the floor caps were removed by the State Government, which had previously maintained shopping center retail space below 80000sqm, as part of its Directions 2031 and Beyond planning document.

The removal of these caps ended an extremely frustrating barrier for owners of shopping centers and has set the scene for a rush of expansions either being planned or started.

Scott Nugent, the development manager at AMP Capital Shopping Centers State, said this group of expansions is quite unusual in an industry where expansions are generally staggered.  He said everyone was playing catch up right now due to the lifting of the policy.  He said the expansions are also a bid to try and reverse some of WA’s online spending.
He said that Perth has the highest spend per online visit, apart from Darwin and Canberra, and if consumers are unable to get what they want from a traditional shopping center, they have no qualms to spend their money offshore and that is bad for retail revenue, GST revenue, construction and employment.  He stated that their aim with expansion is to get some of the online sales back into Perth, not to compete with other companies.

The new retail floor space of 38000sqm at Ocean Keys is the first WA project that has been completed in AMP Capital’s $2.8bn development pipeline.  This development also includes expansions at Karrinyup Shopping Center and Garden City Booragoon.

The policy shift of 2010 implies that along with the retail component, expansions at shopping centers have to offer a combination of uses, including public transport, employment, entertainment, and in some cases, residential components.

AMP was required to construct 10 apartments at Ocean Keys, which have now been leased.  However, at Booragoon, it will enter a partnership with TRG for the construction of around 120 apartments.

The development proposal by Scentre for Carousel, which has been lodged by Urbis, a planning firm, indicates that they will add an additional 47108sqm to the Cannington center, resulting in a total floor area of 130230sqm.
The proposal includes landmark building at the intersection of Liege Street and Cecil Avenue, as well as Cecil Square on the corner of Carousel and Cecil Avenues.  It does not include any residential components, however 250 new dwellings have been approved for construction in and around Canning City Center over the past two years.  Three developers have been short-listed by the City to build a residential development on the land situated next to the Canning rail and bus interchange.

Damian Stone, the principal at Y Research, stated that 2014 was the biggest year for retail construction in Perth since the worldwide financial crisis.

More about shopping malls in Australia