Google revealed its first store of the future in NYC


At the outlet, located in the Chelsea district of New York, visitors will be able to try out all of the IT giant's products and services, as well as get technical support. 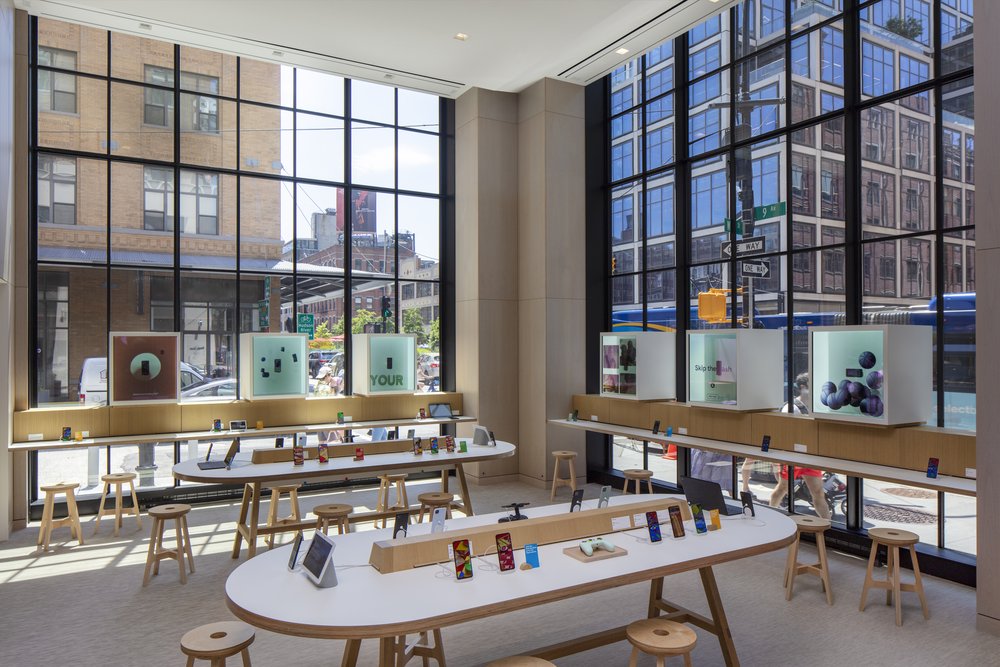 The retail store's counters will feature Pixel smartphones, Chromebook laptops, Nest gadgets, Fitbit wearable devices, and more. There you will also get acquainted with the company's services and facilities, get advice, chat with like-minded people, and participate in educational events. In other words, we face an analog of the Apple Store, but from Google.

It became known the day before its opening from an official announcement from the company, which posted pictures of the interior. When designing the store, the company paid much attention to interiors in the best of modern traditions. Visitors are welcomed by a large, bright room divided into separate zones. For example, there are different rooms where people can see how the night vision camera function of the Pixel smartphones works. In another area, people can explore the Google Stadia gaming service by running the game on their phone and then continuing on the big screen. 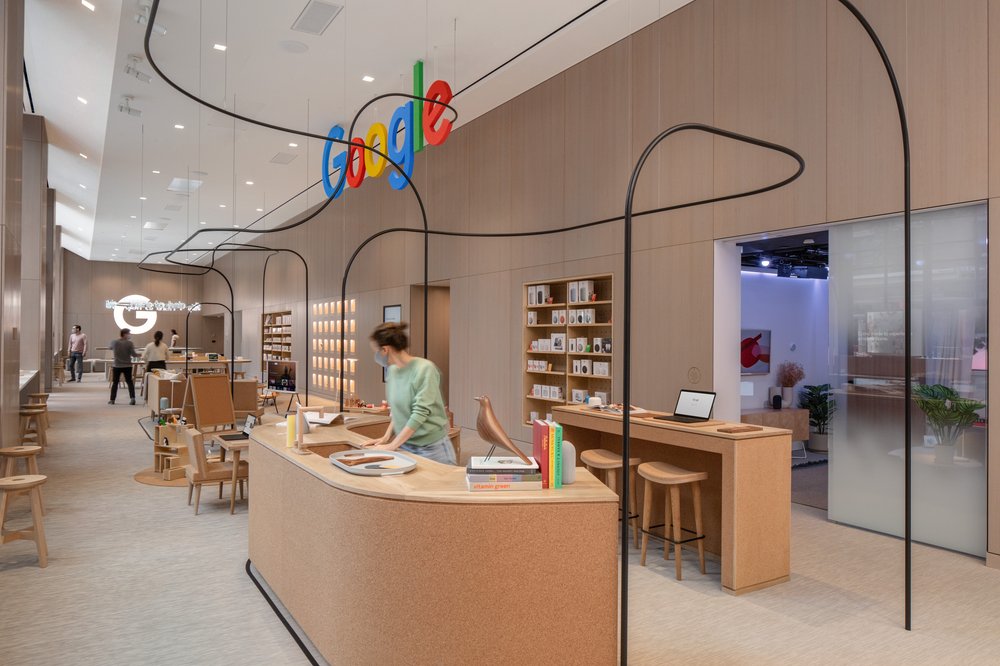 There will also be concept zones like a circular glass installation called the imagination space. Once inside, you will be able to appreciate Google's technical achievements in a completely new light. At first, the zone will be used to demonstrate Google Translate. If the visitor says a phrase in English, he will hear its translation translated into 24 languages, and at the same time, the text will be displayed on the screen. It is reported that the famous designer from Tokyo took part in the design of the installation. 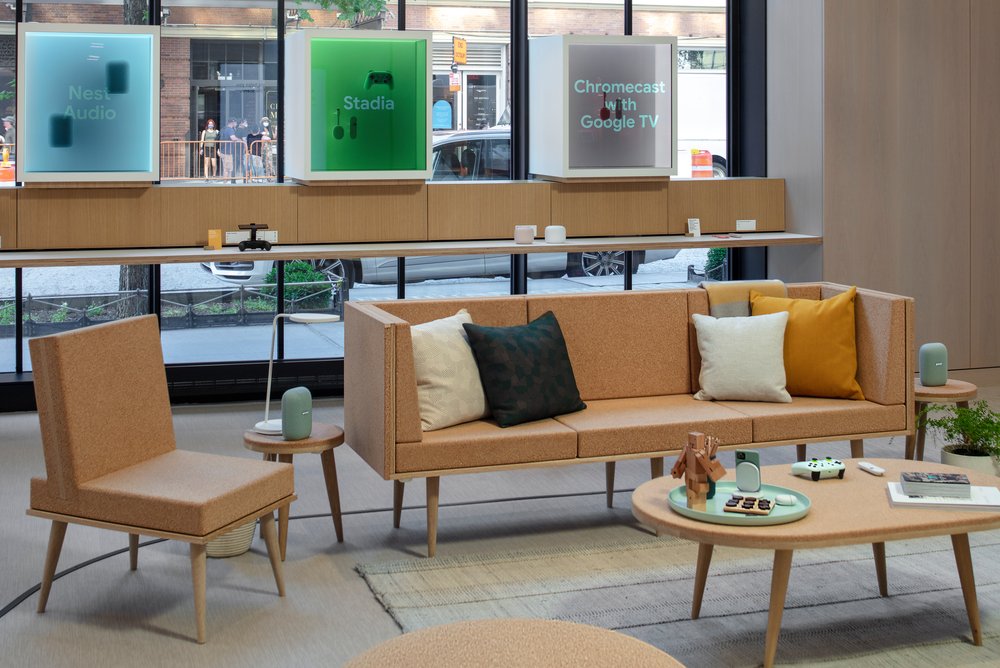 It should be noted that this step seems rather unusual for Google, which receives most of its income from digital advertising. For example, last year, this activity area has brought the owner of the famous search engine 147 billion dollars, or 80% of total revenues. Revenue from sales of hardware products from the company is relatively low. Nevertheless, the appearance of such a store will allow the manufacturer once again to draw attention to their creations.

In addition, Google hopes that the store will make it possible to establish a closer connection with consumers, so you can better understand their needs and create more exciting products based on the experience.