The vast majority of shoppers plan to hit the stores to get what they need to kick off another school year.

Click here to subscribe to Malls.Com's weekly email newsletter for free
Back-to-school shopping is right around the corner, and that’s fantastic news for retailers. It’s especially good news for brick-and-mortar retailers this time around. The vast majority of shoppers plan to hit the stores to get what they need to kick off another school year. 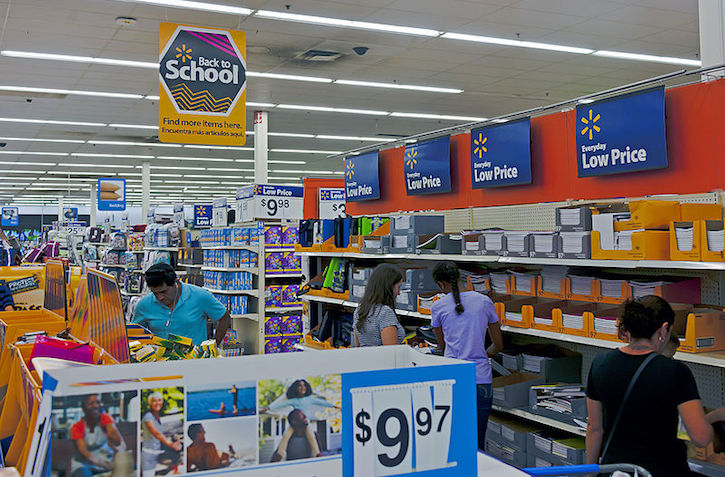 The International Council of Shopping Centers has released its annual Back-To-School Spending survey, and there’s plenty of tidbits for retailers to get excited about.

“As back-to-school shopping gears up, 89 percent of consumers plan to take to shopping centers and malls looking for the latest deals, offerings, and experiences related to their school supply purchases. The International Council of Shopping Centers (ICSC) released its annual Back-To-School Spending survey today and found that the average back-to-school shopper is expected to spend $353.20,” a press release touting the survey results reads in part. “Those making purchases for children in grades K-12 expect to spend $309.60 on average, while those buying for college/post-secondary plan to spend $437.80 on average.

As for where shoppers will be heading to tend to their needs, discount stores at the head of the class. About 69 percent of consumers will be heading there to scope out some deals. Office supply stores and department stores will see plenty of traffic as well, with 37 and 32 percent of shoppers choosing those options respectively. Tom McGee, President and CEO of ICSC, offered up his take on this year’s survey, and we can color him optimistic.

“Back-to-school is one of the shopping seasons where we really find people looking for specific items at the best price,” he said. “Consumers are more informed than ever and research prices and products prior to making a purchase, so it isn’t surprising that so many shoppers are waiting for sales and discounts before buying their back-to-school items.”

So what’s bringing the shoppers in for back-to-school? The release notes that “physical interaction with goods is the top reason for back-to-school shoppers to visit stores.” Roughly 46 percent of shoppers noted the importance of having the “ability to see, touch, or try on the merchandise.” Not too far behind on the list of reasons are the “ability to browse/ease of buying specific items” at 36 percent, the “convenience of one-stop shopping” at 35 percent, and “avoiding shipping fees” at 34 percent.

The report points to some incredibly promising signs for brick-and -mortar retailers, and it’s chock full of takeaways that can be used all year round.