Cuba Has Its 1st Luxury Mall


The Manzana de Gomez mall opened in Havana, marking the first luxury mall on the island of Cuba.

Just a few weeks back, the Manzana de Gomez mall opened in Havana, marking the first luxury mall on the island of Cuba. It’s been quite a bit hit among tourists and locals alike, and it sounds like things are just getting started. As Chron explains, big plans are in the works to make the mall even more of a destination. 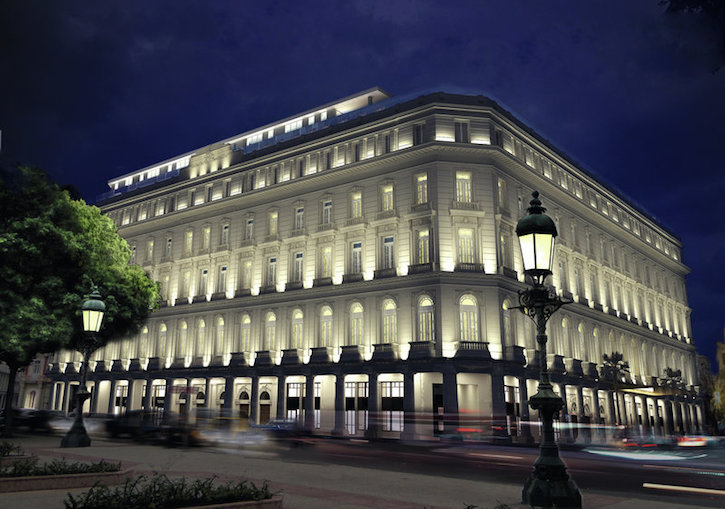 The five-story retail mecca already includes names such as L'Occitane, Mont Blanc, and Lacoste, and the locals are still getting accustomed to the high-end luxury atmosphere.

“This is a high-end spot, really nice. It's something we haven't seen before," said Oswell Mendez.

"These stores are for millionaires. Attracting tourists with money, that's development, capitalism. Everything that's development is good. Bit by bit the country is lifting itself up. We're a socialist country, but the economy has to be a capitalist one," added Maritza Garcia.

The dealmaker behind the mall is named Gaviota, which is the Cuban military's tourism company. While it’s a state-run company, it has certainly assembled a massive portfolio.

"Gaviota is among the state-run companies under the umbrella of GAESA, a sprawling conglomerate run by the Cuban military. As a Cuban tourism enterprise, Gaviota's portfolio includes 64 hotels and villas with more than 27,000 rooms in the 3, 4 and 5-star categories, marinas, a tour company and Transgaviota, a transportation services company," according to a report in the Miami Herald.

The company is also in the midst of developing a five-star luxury hotel on site, which is slated to open up in June. European luxury hotel brand Kempinski has signed a management agreement with Gaviota and will operate the hotel.

"With its impeccable 120-year history, European-style luxury and extraordinary quality, Europe's oldest luxury hotel group Kempinski is a perfect fit with the Manzana de Gomez. Constructed at the beginning of the 20th century, as Cuba's first European-style shopping arcade, it is an iconic building in an important historical area. Together with Kempinski, we will make this jewel the city's leading luxury hotel," a statement from Carlos M. Latuff, executive president of Grupo de Turismo Gaviota read in part.

The stunning mall looks like it will be a big hit with tourists and locals alike for years to come. Between its exquisite shops and luxury atmosphere, as well as the forthcoming hotel, Manzana de Gomez should have little trouble packing them in.