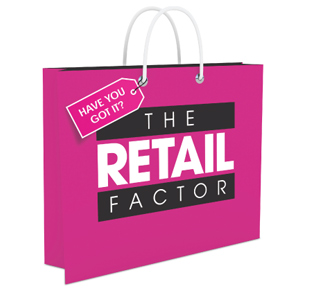 The competition is used to promote a new generation of entrepreneurs.  It offers contestants the opportunity to test their ideas in an extremely busy center where they can interact with customers. Retail Factor was launched during January and offered 12 online and start-ups from across Britain the chance to trade at The Mall centers rent-free, for a period of three weeks.  A panel of experts assessed each business, based on originality, development potential, market appeal and potential commercial growth.

The performance of Recluse Colony during its time at The Mall Wood Green resulted in it being named national champion after selection by experts, such as Andy McWilliams of Ann Summers and Ross Bailey of Appear Here. The founder of the business, Lauren de Lacey, works with 26 designers to design and create innovative designs from recycled materials.  The team received an award of £1000 for stock purchases.

They will also receive mentorship from an expert in the industry, Andy McWilliams. Mr. McWilliams said the methods used by Recluse Colony deliver an important message to the community and the business has huge potential. Lauren de Lacey was very excited about her victory and said she was able to obtain valuable feedback from customers.  Her target for the future is to invest in new designers and take a road trip around Britain to launch the new creations.