Bloomingdale’s is due to replace Urban Outfitters on West 72nd Street.

The store has signed a lease for 15 years and will occupy three storeys of 24985ft² at 2085 Broadway.  It will take over the space occupied by Urban Outfitters when the latter’s lease expires in July.

It is believed that the cost of the premises is what prompted the move by Urban Outfitters.

This particular location will be the 14th outlet store for Bloomingdale’s and the first one to be placed in a major urban center.  Bloomingdale’s will occupy 7957ft² on the ground floor, 8036ft² on the lower level, and on the second level, it will occupy 8992ft².  It is due to open for business prior to the holiday season.

Bloomingdale’s was represented by Dan Gronich and George Graf of Newmark Grubb Knight Frank.  The space was marketed on behalf of the owners by Gene Spiegelman and Michael O’Neill of Cushman & Wakefield; an investor group led by Peter Malkin and Stahl Real Estate Company.

The lease was taken over by Urban Outfitters, from HMV, during 1999.

The joint venture between Malkin investor group and Stahl was not included in the initial public offering and roll-up of Empire State Realty Trust.  Stahl did not respond to a request for comment, nor did the Malkin family office or the director of investor relations at Urban Outfitters. 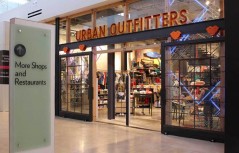 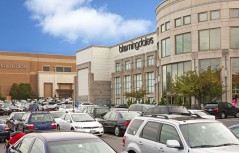