Apple is preparing to open its first floating store


Singapore's Marina Bay will be decorated with a silver hemisphere, inside which the company's new store will be located. 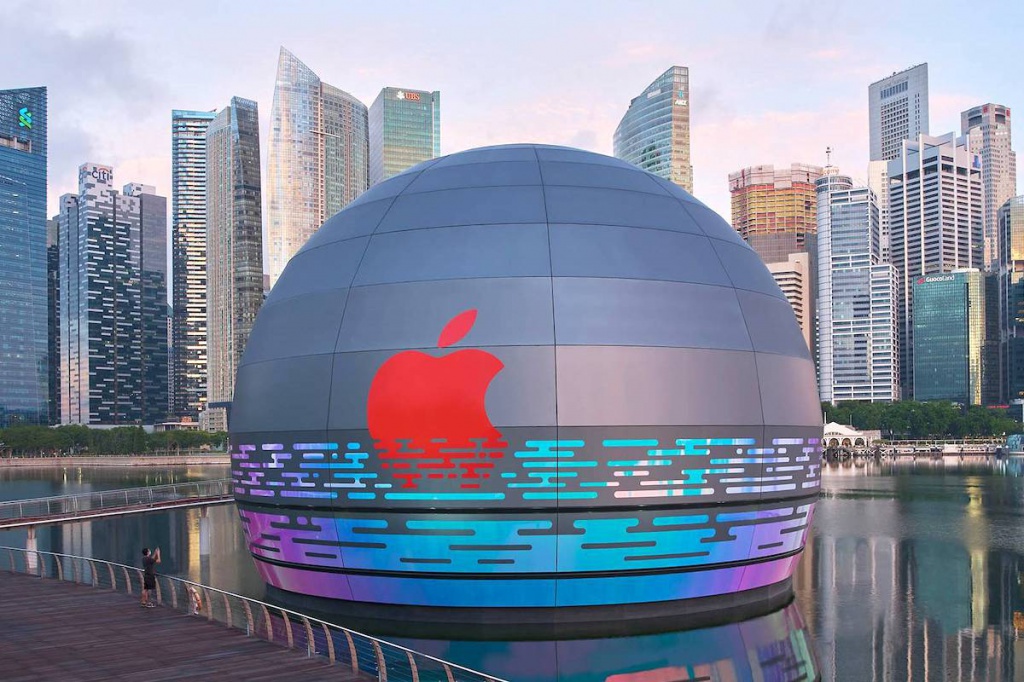 In Apple's best traditions, the new store has a very unusual design and will be a noticeable part of the surrounding landscape. But this time, the company decided to surpass itself and make Apple Store on water.

During the day, the curved surface of the store will reflect the reflection of water and the skyscrapers surrounding it. But the store will look particularly spectacular at night. And all thanks to the LED panels that create unusual lighting effects, which can be seen in the official Apple Marina Bay Sands advertisement. It seems that there are many people who just want to see this light show.

What will be inside the store is still unknown. Most likely, we will be waiting for the traditional design, typical for all Apple Stores. But most likely, the unusual shape of the room will have an impact on everything that is inside.

It is the third Apple Store in Singapore, and the first to open in three years. The first store in the country was opened in May 2017. It is located in the shopping center Knightsbridge on Orchard Road (it was also the first Apple Store in Southeast Asia). Then in July last year, the store opened its doors at the airport Jewel Changi. Now it's time for Marina Bay, where the world's most famous resort is located.

The exact date of the new store opening is not yet known. From the official report, we know that this will happen shortly.

More about shopping malls in Singapore